Why Mark Wahlberg Should be Pardoned 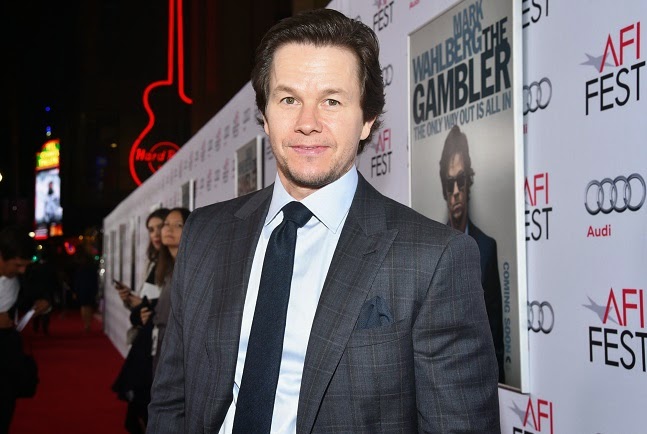 In April 1988, a 16-year-old Mark Wahlberg was convicted in adult court of felony assault against two men during an attempted theft, while under the influence of pot and alcohol. One of the victims, a Vietnamese man, was legendarily left blind in one eye. Wahlberg received a two-year sentence, with three months to be served and the remainder suspended. He ended up serving only 45 days, but it seems to have scared him straight. Through “faith, hard work, and guidance from some incredible mentors,” Wahlberg says, “I turned my life around.” Over twenty-six years later, the actor is petitioning the Massachusetts Parole Board for a pardon for that conviction – a forgiveness that media opponents of white privilege want to deny him.

In his working-class youth in Boston, Wahlberg was a high-school dropout and petty thug: on drugs at thirteen, numerous run-ins with the law, ugly incidents of racist behavior, convicted of assault. To his credit, he makes no excuses for that: “I’ve made a lot of mistakes in my life and I’ve done bad things,” he has said, but “everything I did wrong was my own fault. I was taught the difference between right and wrong at an early age. I take full responsibility.”

“I've worked extremely hard for the last 27 years since I woke up sober and realized the horrible mistakes I had made and the horrible pain I had caused so many people,” Wahlberg told The New York Daily News recently. “Every single day I try to better myself as a person.” Some of that effort has been directed into philanthropic work including raising millions of dollars for the various causes of the Mark Wahlberg Youth Foundation, serving on the board of the Boys and Girls Club, and helping the Taco Bell Foundation for Teens encourage underprivileged youth to finish high school and go on to higher education.

In his application, Wahlberg wrote that the pardon would be

formal recognition that someone like me can receive official public redemption if he devotes himself to personal improvement and a life of good works. My hope is that, if I receive a pardon, troubled youths will see this as an inspiration and motivation that they too can turn their lives around and be accepted back into society. It would also be an important capstone to the lessons that I try to teach my own children on a daily basis.

Harsh media skepticism ensued. Some noted cynically that part of Wahlberg’s stated motivation lies in the possible expansion of his Wahlburger’s restaurant chain, which could be denied locations in some states due to his felony record. If this is indeed his ulterior motive, however, it seems odd and not especially shrewd to actually include it in his application.

The media skeptics also linked Wahlberg’s request to current racial tensions. Ben Railton at Talking Points Memo, for example, called Wahlberg’s application “the epitome of white privilege,” and claimed that the actor is trying to rewrite history. But Wahlberg isn’t trying to buy a whitewashing of his crime, which he has never avoided discussing in public. “I have not engaged in philanthropic efforts,” Walhberg writes in his application, “in order to make people forget about my past. To the contrary, I want people to remember my past so that I can serve as an example of how lives can be turned around and how people can be redeemed.” A pardon would not erase what Wahlberg did; it would only officially forgive him for it.

Jeff Yang at CNN, for another, linked Wahlberg’s teenage crimes to the deaths of Trayvon Martin, Michael Brown, and Eric Garner, and declared emphatically that the white Wahlberg “doesn’t deserve pardon.” Brian Moylan at Time, in a particularly cynical op-ed called “Forgive Mark Wahlberg’s Cinematic Crimes, If You Like – But Not His Real Ones,” says that a pardon for the narcissistic celebrity Wahlberg would only prove that rich white folk are above the law.

All three commentators accuse Wahlberg of cruising to stardom after his light sentencing while criminals of color struggle even to find jobs after their convictions. They neglect to mention that the talented Wahlberg is a rare situation, that most white ex-cons also struggle to get by. They also conveniently neglect to mention that black rapper Jay-Z was convicted in 2001 of a 2nd degree felony – a stabbing – and received only three years probation. Neither that conviction nor his skin color held Jay-Z back; he and wife Beyoncé are worth a combined billion dollars. If Jay-Z were to seek a pardon, would the race-baiters support it because he’s black? I believe that’s called racism.

Only Time’s Moylan even mentioned that another reason Wahlberg is seeking a pardon is to become a reserve officer for the LAPD, a position that civilian volunteers hold in order to perform the duties of full-time police officers: “I am seeking a full and unconditional pardon because, under California law, a full and unconditional pardon is the only form of pardon that will enable me to, for example, obtain a position as a parole or probation officer.”

Here’s something else that the haters always bring up and always get wrong: that Wahlberg’s Vietnamese victim not only forgives him, but that he was already blind in one eye: “I was not blinded by Mark Wahlberg,” said 59-year-old Johnny Trinh in the only media interview about the incident that he has ever given. “He did hurt me, but my left eye was already gone. He was not responsible for that.”

In a recent, exclusive interview with Daily Mail Online, Trinh – who never even knew that his assaulter went on to become a famous rapper and movie star – said that he supports a pardon for Wahlberg and that he is willing to make a written statement for the court to that effect:

I forgive him now. Everyone deserves another chance. I would like to see him get a pardon. He should not have the crime hanging over him any longer… I am not saying that it did not hurt when he punched me in the face, but it was a long time ago. He has grown up now.

In light of this gracious forgiveness, I do think Trinh himself deserves a personal, face-to-face apology from Wahlberg. But I also believe that Trinh’s gesture goes a long way toward validating a pardon for the star.

I’ve written before for Acculturated about my admiration for the ways in which Mark Wahlberg has reinvented himself as one of Hollywood’s most upstanding role models: from returning to school at the age of 41 for his high school diploma, to his very vocal appreciation for our military, to his devotion to family. Indeed, Wahlberg was voted the first recipient of Acculturated’s “Celebrities Behaving Well Award. None of this is to excuse or erase the thug life of his youth. But it is to acknowledge, as Wahlberg’s pardon would do, that youthful criminality need not determine the course of one’s life, that redemption can be earned, and that as a society we value the power of forgiveness.