The other day on Facebook a friend posted something critical of the domestic terror group known as Antifa, and someone came to its defense by echoing Clueless Joe Biden’s recent, bizarre declaration that Antifa is not an organization but “an idea.”

It is true that Antifa is not an organization in the strict sense, but Biden’s vague description is either stunningly uninformed or a weak attempt to deflect criticism from its masked militant members. I’m betting on the latter, because Democrat leaders have been curiously reluctant to condemn Antifa’s strategy of violence and intimidation toward the purportedly “fascist” supporters of President Trump.

To educate the Facebook commenter and Biden supporter who believes Antifa actually opposes fascism, I recommended the new book Unmasking Antifa: Five Perspectives on a Growing Threat, edited by the Center for Security Policy and featuring FrontPage Mag contributor Matthew Vadum, because there is no better dissection of the origins, nature, tactics, and aims of this anarchic “idea” and its dangerous adherents than this compact exposé.

As the subtitle suggests, Unmasking Antifa consists of five essays from a variety of experts about the movement that the book’s editor Kyle Shideler calls “a growing threat to the fabric of the American way of life and the inalienable rights of all citizens enshrined in our Constitution.”

First up is Shideler himself, whose testimony before the U.S. Senate Judiciary Committee on the Constitution lays out Antifa’s history and ideology, organization and structure, and network of material support before answering the question, is Antifa a terrorist organization? Shideler concludes that it most certainly is, that “Antifa’s violent attacks against demonstrators, political rally participants, and journalists with the explicit purpose of intimidating and coercing them are clearly terrorism.” He states that the movement’s single-minded purpose is to use violence to “terrorize the general public into silence and inaction” politically. As former professor Mark Bray writes approvingly in Antifa: The Anti-Fascist Handbook, “We may not always be able to change someone’s beliefs, but we sure as hell can make it politically, socially, economically, and sometimes physically costly to articulate them.” 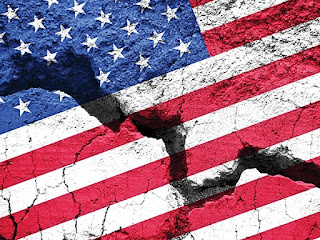 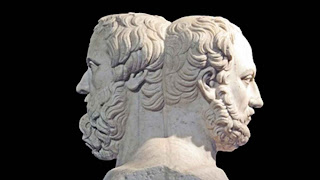 “The teaching of history is continuing to be transformed into indoctrination by illiberal, leftist propaganda,” writes historian Bruce Thornton in his new booklet Why History Matters from the David Horowitz Freedom Center. The result, he notes, is that “the abandonment of belief in objective historical truth makes possible a politicized history that legitimizes tyrannical power.” George Orwell dramatized this in his novel 1984, a fictional scenario that, Thornton warns, “has traveled a long way to becoming fact” in America today.


Bruce Thornton is a Shillman Fellow at the Freedom Center and professor of Classics and Humanities at California State University in Fresno. He is also the author of nine wide-ranging histories on classical culture and its influence on Western civilization, including The Wages of Appeasement and Democracy’s Dangers & Discontents.

Covering more ground in forty pages than some books do in several times that number, Why History Matters reaches back to the origins of historiography in Herodotus and Thucydides, and brings the reader forward to the current, dangerous trend of ideological history found in Howard Zinn’s ubiquitous, subversive work A People’s History of the United States and, more recently, The New York Times’ discredited but influential “1619 Project,” which falsely posits that America was founded “to ensure slavery would continue.” This sort of historiography “that villainizes our country,” Thornton argues, is a suicidal fashion that “insidiously erodes” our love of country, emboldening our enemies “to see us as weak and primed for a fall.”

Bruce Thornton’s Why History Matters is a must-read for understanding how modernity has eroded our grounding in “the tragic truth about human nature,” and why we need a common history that gives us a context for understanding ourselves. “Without that perspective,” he writes, “the past becomes a Cubist painting, everything flattened on the canvas of the present… and judged in terms of present ideologies and political aims and interests.”

Don’t miss it. Get your copy of Why History Matters here. 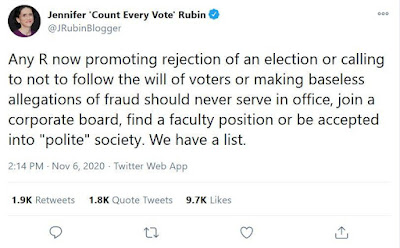 Even as last week’s election results are being contested and the Democrats’ massive voter fraud is being exposed, the supporters of empty-suit candidate Joe Biden are already claiming victory and chafing at the bit to implement their radical agenda. And in contrast to his hypocritical call to “put away the harsh rhetoric” and unify Americans after the purported divisiveness of Donald Trump, Biden’s supporters have already begun threatening their political opponents with vicious retribution for supporting their #MAGA nemesis.

True to their totalitarian nature, newly-reelected New York Rep. Alexandria Ocasio-Cortez and other high-profile Democrats tweeted Friday that Trump supporters essentially should be blacklisted for their role in advancing his unacceptable agenda to make America great again. “Is anyone archiving these Trump sycophants for when they try to downplay or deny their complicity in the future?” the socialist Ocasio-Cortez tweeted. “I foresee decent probability of many deleted Tweets, writings, photos in the future.”

“Lol at the ‘party of personal responsibility’ being upset at the idea of being responsible for their behavior over last four years,” she added later. It takes enormous chutzpah to accuse Republicans of misbehavior in our current, thuggish “cancel culture” marked by rampant leftist violence.

“Complicity” is a loaded word, which she no doubt chose intentionally. It means participation in criminal or wrongful activity. The implication, of course, is that both President Trump and his supporters are not simply political opponents but are legally guilty of wrongdoing and must be punished.

In a democratic political system, one party “punishes” the other by beating it in elections. Losing the election – being denied the opportunity to implement your agenda – is the punishment. The opposing parties then move forward together in an often uneasy or even contentious coexistence until the next election. But totalitarians by definition reject coexistence; after seizing power they punish their opponents literally and brutally, out of pure vindictiveness and with the intent to eradicate any opposition once and for all. 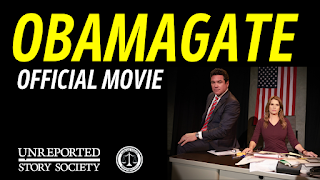