The Rise of Islamic No-Go Zones

Three and a half years ago, one of the Church of England’s most senior bishops, Pakistani-born Michael Nazir-Ali, warned that Islamic extremists had created “no-go” areas across too dangerous for non-Muslims to enter. His politically incorrect concern sparked a firestorm of denial and criticism. The Muslim Council of Britain, for example, dismissed it as the Bishop’s “frantic scaremongering” and “intolerance,” and scoffed,
We wouldn't allow “no-go” areas to happen. I smell extreme intolerance when people criticise multiculturalism without proper evidence of what has gone wrong.
Well, the evidence of how multiculturalism “has gone wrong” is in. This week Soeren Kern at the Hudson Institute documented the proliferation of such no-go zones throughout – autonomous Islamic “microstates” under Sharia rule (having rejected their host countries’ legal systems), where non-Muslims must either conform to the cultural, legal, and religious norms of fundamentalist Islam or expect to be greeted with violence. As Daniel Pipes puts it, “a more precise name for these zones would be Dar al-Islam” – the House of Islam, or the place where Islam rules.
Read more »
at 9:55:00 PM 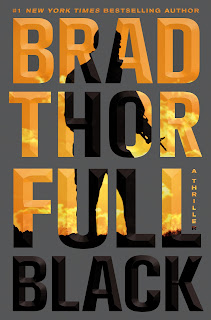 Brad Thor is the perennial New York Times bestselling author of eleven thrillers. His extensive real-world knowledge of espionage, covert special operations and terrorism caught the attention of Homeland Security, who invited him to join their “Red Cell” Program of writers commissioned to brainstorm on terrorism scenarios.
The plot of Thor’s latest, Full Black, revolves around a planned wave of dramatic terrorist attacks designed to cripple and pave the way for a socialist utopia. It’s an action-packed page-turner to literally the very last line of the book, pitting Thor’s hero Scot Harvath against Russian hitmen, Muslim suicide bombers, and a radical Left terror financier. But it’s more than just beach-read escapism; it’s also a forceful defense of capitalism, freedom, and American character.
Mark Tapson: Full Black is your tenth novel to feature your protagonist Scot Harvath, an ex-Navy SEAL turned covert counterterrorism operative. What is it about Harvath that you think resonates with so many readers?

Katy Perry Stands Up for Israel - Then Sits Down

A number of outspoken celebrities have boarded the pro-Palestinian bandwagon recently to wage a “cultural intifada” against , principally from among the music world, with such notables as the band Coldplay and singers Annie Lennox and Elvis Costello refusing to perform there.
When asked about the usefulness of support from such celebrities, Palestinian activist Omar Barghouti, one of the founders of the worldwide Boycott, Divestment, and Sanctions movement designed to isolate and delegitimize , said:

When celebrities of this caliber cancel events in over its human rights record they help to reveal 's true face as a state practicing occupation, settler-colonialism and apartheid and contribute to challenging 's impunity and infringement of international law.

It’s refreshing when a celeb bucks that trend. Academy Award-winning actor Jon Voight is one of that rare but growing breed, Hollywood conservatives, and is unafraid to swim against the tide of his colleagues and publicly stand with . Arguably President Obama’s most outspoken celebrity critic, Voight joined media giant Glenn Beck in this week for Beck’s "Restoring Courage" rally, and made his loyalties clear: “I came to stand alongside and fight the anti-Semitism and lies in the world today.” 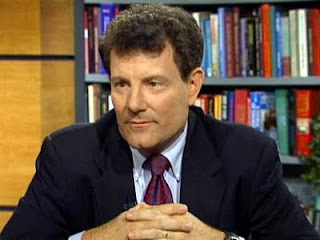 In a predictably one-sided recent opinion piece ironically entitled “Seeking Balance on Mideast,” New York Times columnist Nicholas Kristof took Congress and Israel to task for their “obstructionism” against Palestinian statehood. If only would “adopt a more balanced policy” and Netanyahu would soften his “intransigence,” then the stalled peace process could finally move forward toward ’s utopian coexistence with the Jew-hating, genocidal Hamas and Palestinian Authority. In fact, Kristof, as usual, has it completely backward.
Apparently still under the illusion that the vaunted “Arab Spring” is a flowering of democratic pluralism across the Arab world, Kristof says hopefully that in its wake, “the has a chance for a new beginning in the region.” As long as we don’t fumble the opportunity, that is, by supporting against Palestinian terrorism like we did during Operation Cast Lead:

When stormed into in 2008 to halt rocket attacks, more than 1,300 Gazans were killed, along with 13 Israelis, according to B’Tselem, a respected Israeli human rights group. As Gazan blood flowed, the House, by a vote of 390 to 5, hailed the invasion as “’s right to defend itself.”

Such Congressional tomfoolery bewilders our friends and fritters away our international capital. It also encourages the intransigence of the Israeli government of Prime Minister Benjamin Netanyahu and reduces the chance of a peace settlement.

Does Anyone CAIR Anymore? 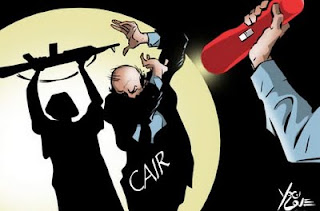 In the ‘90s, CAIR successfully marketed itself as the largest advocacy group for Muslim-Americans, shrewdly linking its mission to that of the civil rights movement. “We are similar to a Muslim NAACP,” winked spokesman Ibrahim Hooper.
But the group’s aims seemed less about civil rights and more about intimidating people into silence. Wherever there is a critic of radical Islam to be smeared or a frivolous lawsuit to be pursued (remember the Nike logo lunacy?), is there. The group even managed to simultaneously lecture American law enforcement on how to tiptoe around the Muslim community while lecturing the Muslim community on how to stonewall law enforcement. And probably most significantly, it positioned itself as the media’s go-to spokesmen for all issues Islamic, making their message the only one disseminated.
But now has been embarrassed by a new survey which reveals that nearly 90% of American Muslims don’t feel that the Muslim Brotherhood front group represents their interests. 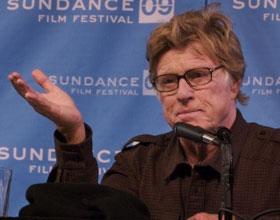 Earlier this year Robert Redford – former Hollywood heartthrob, founder of the Sundance Institute, and a progressive activist with connections to the leftist puppetmaster George Soros – released his first film as a director since 2007. The Conspirator was his thinly-veiled attack on Bush’s war on terror posing as a docudrama about the assassination of Abraham Lincoln. Now seems poised to turn the lens of his historical revisionism on a whitewashing of the ‘60s and ‘70s domestic terrorists of the Weather Underground.
In addition to producing, will be doing double duty on The Company You Keep, directing the screenplay adapted from a 2004 novel by Neil Gordon, and also starring as the novel’s protagonist, an ex-Weatherman whose former identity is in danger of being exposed. Still wanted for a deadly bank robbery in his militant past, he goes on the run and reaches out to old comrades. Along the way we are treated, at least in the book version, to the political pontifications and nostalgia of a '60s radical-turned-academic. ’s co-producer on the project, Nicolas Chartier of Voltage Pictures, describes The Company You Keep this way:

This is an edge-of-your-seat thriller about real Americans who stood for their beliefs, thinking they were patriots and defending their country’s ideals against their government. 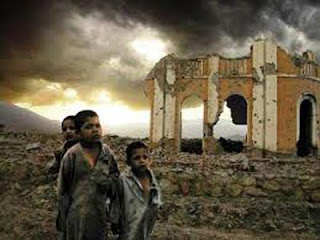 “The test of the morality of a society,” wrote theologian and anti-Nazi activist Dietrich Bonhoeffer, “is what it does for its children.” Or more significantly, what it does to them. For example, just when you think the Taliban couldn’t set the bar of subhumanity any lower, reporter Michael Yon, embedded with American troops in , reports on two instances of shocking Taliban cruelty, directed at children, that have enraged local Afghans themselves.
First, the Taliban kidnapped the son of a man who refused to turn over a police vehicle to them, and tortured the 8-year-old before strangling him to death (not that this is especially atypical of the Taliban; in early June they hanged a 7-year-old Afghan boy accused of being a U.S. spy). Next, an even younger boy was forced to step on an experimental Improvised Explosive Device (IED) to test it. His leg was blown off below the knee. Locals brought the boy to a nearby American base, where he and his father were loaded onto a helicopter to Kandahar Airfield for medical care (because that’s what Americans and Israelis do: instead of torturing and murdering children, we heal them – even the children of our enemies). Yon asked the Taliban spokesman about it, and he predictably dismissed the story as “enemy propaganda.” But Yon has a military report on the incident which includes pictures of the boy’s wounds, and outraged villagers were witnesses.