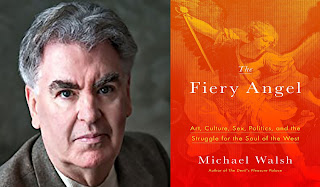 As Europe commits slow-motion suicide via a flood of Muslim migrants, and as Marxist mobs in America exploit the issue of immigrant family separation to advance their open-borders agenda, it is useful to step back from the hysteria and reflect on the bigger picture of the cultural history of the West and the inimical forces seeking to subvert it.
Michael Walsh’s compact new book The Fiery Angel: Art, Culture, Sex, Politics, and the Struggle for the Soul of the West provides that salutary perspective. A subtitle as grand as that promises a sweeping survey of the West’s artistic and intellectual heritage, as well as an insightful portrait of its enemies, and Walsh is one of the few writers who can deliver on that promise.
One would be hard-pressed to find another conservative intellectual, or intellectual of any political stripe, of Michael Walsh’s caliber. In terms of the depth and breadth of his familiarity with both high and low culture, only the iconoclastic Camille Paglia comes to mind as a rival. But Paglia isn’t also an American Book Award-winning novelist, journalist, distinguished classical music critic, and screenwriter. Walsh also writes political commentary for – among others – PJ Media, American Greatness, and the New York Post under both his own name and occasionally his alter ego David Kahane (Rules for Radical Conservatives: Beating the Left at its Own Game to Take Back America). He also happens to be a friend of mine, but my praise is not simple favoritism; his accomplishments speak for themselves.
Read more »
at 11:53:00 PM

Next Saturday, June 30, at noon, I'll be speaking to the Ramona Tea Party near San Diego on the topic, "Toxic Masculinity: The War on Boys and Men and its Impact on America." See the details below and don't miss it if you're in the SoCal area. Contact the Tea Party here. 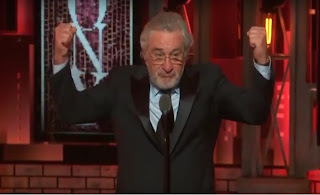 Exactly a year ago, coincidentally, I wrote for FrontPage Mag about the left’s obsession with obscenity. In that piece I enumerated many examples of the Democrat penchant for public profanity, and I noted that swearing sends a thrill up the left’s collective leg because, as good Marxists, they consider decency to be a contemptable bourgeois value; they still fancy themselves to be counterculture revolutionaries sticking it to The Man. Nothing has changed in the last year; if anything, the left has intensified its love affair with vulgarity as President Donald Trump continues to trigger their basest instincts.
Language alert: there are quite a few f-words ahead and I’m not going to censor them, so that you can feel the full repellent impact of the left’s degrading, junior high school mentality.
One unsurprising example is foul-mouthed Kathy Griffin, whom you may remember as the purported comedienne who thought it would be courageous and hilarious to pose with the mock, bloody, severed head of President Trump. In the wake of the massive, well-deserved backlash she received, she played the victim and claimed that Trump had “broken” her. Apparently that last bit was true; as evidence, witness this recent gutter musing on Twitter:
Read more »
at 10:49:00 PM 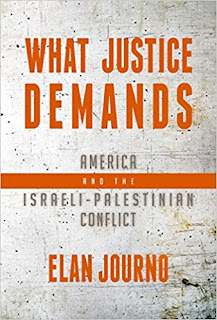 Check out this important new project I'm involved with that's being crowdfunded on Kickstarter: Lincoln and Grant, a new media company that aims to inspire patriotic, masculine and successful men.

If you're fed up with leftist men's lifestyle mags like GQ and Esquire, please consider contributing to help get this project off the ground.

I spoke recently about "Toxic Masculinity" at the American Freedom Alliance's conference in Los Angeles on "School Shootings. Below is the video.

On Tuesday evening, July 10 at the Luxe Hotel in Los Angeles, I'll be introducing journalist Elan Journo. He will be speaking about his new book What Justice Demands, which I'll also be reviewing this week for FrontPage Mag. 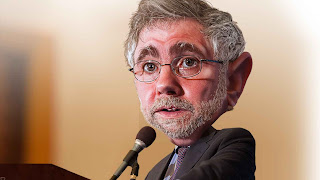 The discourse of today’s political left is invariably marked by jaw-dropping degrees of hypocrisy and psychological projection. Case in point: last week columnist Paul Krugman posted an opinion piece at The New York Times titled “Intellectuals, Politics and Bad Faith,” in which he strove to smear the political right as intellectually dishonest – exactly the same sin of which Krugman was guilty in his own column.
Nobel Prize-winner Krugman long ago ceased being reliable as an economist but has maintained his political stature among the left as a race-obsessed smear merchant who habitually demonizes conservatives in his Times columns. As noted in his profile at DiscoverTheNetworks.org, the David Horowitz Freedom Center’s encyclopedia of the political left, Krugman’s “view of Republicans and conservatives as hate mongers has been on display again and again.” As an example, when Congresswoman Gabrielle Giffords and six others were shot in Tucson, Arizona in 2011 by an obsessed lunatic, Krugman falsely blamed it on “the rising tide of violence” in America stemming from “toxic,” “eliminationist” rhetoric “coming, overwhelmingly, from the right.”
In another instance, on Election Day in 2016, a bitter Krugman lashed out by attacking Donald Trump’s supporters as racist misogynists “who don’t share at all our idea of what America is about.” At least he got that last part right – Trump supporters most assuredly do not share Krugman’s Progressive vision of what America should be about.
More recently, this February he wrote that “America in 2018 is not a place where we can disagree without being disagreeable, where there are good people and good ideas on both sides, or whatever other bipartisan homily you want to recite.” Distressingly, there is much truth to this, but which side is largely responsible for this hostility and division? Which side is it that seems pathologically incapable of civility? Which side is it that violently seeks to shut down the free speech of its political opponents? Which side is it that has weaponized the culture – education, news media, and entertainment – and is waging a campaign of relentless partisan hatred through it? Krugman, of course, blames the right, and Krugman, of course, is wrong. More precisely, Krugman is lying.
Read more »
at 12:59:00 PM