Leftism - Not Just Wrong, But Evil 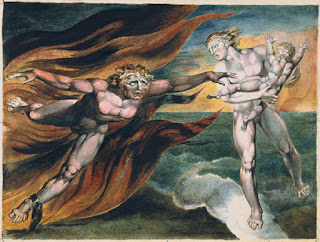 Conservative commentator Dennis Prager once made an insightful distinction between the political left and right. The right, he noted, generally sees the left as wrong but not evil, whereas the left sees the right not merely as wrong but as evil. This was a valid assessment once upon a time, but as the left has increasingly exposed itself in the Trump era as rabidly illiberal, irrational, and immoral, it is time for the right to acknowledge that the left is not merely wrong, but evil.
What is evil? Let us set theological explanations aside for the moment and settle on a practical definition upon which most can agree: if cruelty means the willful disregard for human suffering, even taking pleasure in inflicting suffering on others, then evil is profound cruelty. It is a malevolence so dark and bottomless that ordinary people cannot fathom it. Psychologists may prefer less highly-charged terms to describe people who commit unconscionable acts, but evil is as evil does, and what leftism has done over and over again throughout history and around the world is provide a worldview which justifies perpetrating unimaginable horrors on untold numbers of victims.
To be clear: evil is hardly the sole domain of the left. It can inhabit individuals of any color, sex, political persuasion, or religious belief. But as an ideology, Progressivism – the rebranding of Communism – embraces totalitarianism and absolute statist control, which always and everywhere leads to misery, corruption, and brutality, and never elevates humanity. Can anyone look objectively at the ghastly devastation wrought by Communist in the 20th century – the gulags and the mass starvation, the torture and executions, the existential fear and hopelessness, the tens of millions dead and countless more lives destroyed – and not conclude that leftism is an ideology of evil? Add to that its unholy alliance with fundamentalist Islam today to subvert the whole of Western civilization, and there can be no doubt.
At the core of the true leftist is a hatred for anyone and anything that stands in the way of his or her lust for power over others: the nuclear family, Christianity, the Constitution, Donald Trump, etc. As David Horowitz had noted on numerous occasions, during a presidential debate in October 2016, candidate Trump spoke more naked truth about leftists than any establishment Republican would ever have dared when he said that his opponent Hillary Clinton had “tremendous hate in her heart.”
Read more »
at 12:06:00 AM