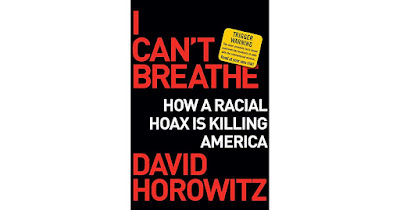 Lewis arguably achieved something in his life – albeit in the service of communism. Floyd and Taylor, however, are being venerated not because of any extraordinary accomplishments, but because their deaths in police-involved incidents were successfully exploited by the Marxist revolutionaries of Black Lives Matter to inflame racial rage and demonize police officers all across the country as genocidal bigots, even though there is zero evidence that racism was a factor in either death. Floyd, now an international symbol of racist police brutality, was an inveterate criminal and drug addict who died of a fentanyl overdose while being restrained by police for resisting arrest. Breonna Taylor died when police who were entering her darkened apartment with a search warrant returned fire after her drug-dealing boyfriend began shooting at them.

This is where America is in 2021: monuments honoring Frederick Douglass, a black man who rose from slavery to become a statesman, orator, writer, and noted abolitionist, are now destroyed by the woke mob, but blacks whose unintended deaths can be weaponized against America are lionized in the public square as martyrs.

Floyd and Taylor are only two of the police victims elevated to household names by the powerful Black Lives Matter (BLM) organization. The self-proclaimed trained Marxists who founded that subversive movement exploited, and continue to exploit, those victims in order to incite a civil war in America by hyping a false narrative of the systematic targeting of blacks by law enforcement. That is the subject of I Can’t Breathe: How a Racial Hoax is Killing America, the newest book by Freedom Center founder, conservative warrior, and bestselling author David Horowitz. 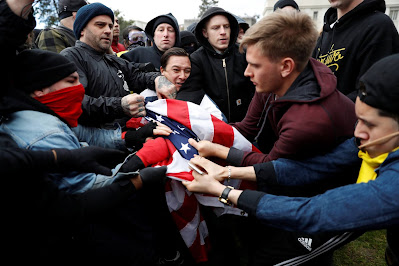 One thing Americans can presumably all agree on in our current cold civil war is that civility, mutual if grudging respect, and rational if testy debate in our political discourse have all been replaced by a hair-trigger performative outrage, the scorched-earth warfare of cancel culture, and even occasional violence. It’s difficult to remember that there was a time when even acerbic antagonists like William Buckley and Gore Vidal could trade barbs onstage without hurling chairs at each other and inciting nationwide rioting. What has happened to us? How did we come to this point? And is this state of rage destined to be a permanent feature of our cultural and political landscape?

Peter Wood, president of the National Association of Scholars and author of the essential 1620: A Critical Response to the 1619 Project, has addressed these questions incisively in a must-read, brand new book titled Wrath: America Enraged. He agreed to answer some questions about the book.

Mark Tapson:           Mr. Wood, what is the “new anger,” and what is the difference between anger and wrath in a political context?

Peter Wood:              "New anger" is show-off anger, the display of someone who expects to be admired for the performance or to boast about it afterwards: anger mixed with self-delight.  New anger contrasts to the older ethic of trying to master your anger and not to let it master you.  Through much of American history, giving free vent to anger was regarded as a sign of weakness and immaturity.  We admired the man or woman who, when provoked, found ways to handle the situation without descending into rage.  Of course, that kind of self-control often failed, at which point brawls erupted.  Those who brawled in public or in private, however, were not regarded as good people.  Those who turned to anger too quickly or too often were shamed.

"New anger" became a recognizable force in American life in the 1950s, though it was at first a trend confined to avant garde parts of society:  the beat generation, early adepts of Freudian psychoanalysis, and people reading French existentialist novels. From these seeds grew the counterculture of the sixties, and then the disillusioned anger of the Big Chill 1970s.  I am collapsing a lot of history into a few sentences.  The breakdown of the older ideals of emotional self-control and their replacement by a new ethic of emotional expressiveness didn't happen overnight or all at once or equally in all sectors of society.  Fifteen years ago I spent a whole book (A Bee in the Mouth: Anger in America Now) to describe the slow progression of new anger into the position it now has of cultural dominance.  I'm mindful that whole generations have grown up for whom there is nothing "new" about "new anger."  It is all they have ever experienced unless they have been immersed in the world of Turner Classic Movies, where you can glimpse a world ruled by different emotional norms.

But you ask me "what is the difference between anger and wrath in a political context?"  The political left, going all the way back to the 1950s and even earlier upheld the view that American society is so unjust that people should indeed feel righteous indignation and anger at our institutions.  The form of this leftist anger, of course, shifted with other changes in the national temperament.  A Woody Guthrie protest song of the Dust Bowl years expressed leftist anger in a vivid way but it was meant to rally people and it had a good-humored element to it.  As new anger emerged in the 1950s, leftist anger began to take on a darker tone.  The Beat poet Allen Ginsberg wrote a poem in 1956 titled "America," in which he told the country, "Go fuck yourself with your atom bomb."  The shock of a line like that has dissipated over the years as vulgarity has become common, but it was a pretty big step at the time, and it opened a rhetorical arms race on the left.  Finding ever newer and more offensive ways to express anger became a competition among leftist artists, intellectuals, and self-styled rebels.

I won't recite that long chain of developments either, but it eventually landed us in the 24-hour sneerfest of Facebook and Twitter, and the perverse joy of Antifa and BLM rioters.  Anger for the left is not a response to provocation. It is rather a settled way of life, a lifestyle in which emotional satisfaction comes from vituperation and sometimes naked aggression and vandalism.  Anger does indeed make people feel powerful, at least for a while, and the left has developed ways of excusing the perpetrators of it as people driven to violence because of the oppression they suffer.

Both the anger and the excuses for it are a distinct characteristic of the political left.  The political right has its own long history of anger too, but it is anger of a very different character.  It might be called reluctant anger because it is anger always at odds with other values which block it or complicate it.  William F. Buckley's God and Man at Yale (1951) was an angry book at some level, but on the surface it is cool and restrained. There were episodes in the ensuing decades such as the "hardhat riot" on Wall Street in May 1970.  But it took the rise of talk radio in the 1980s for American conservatives to discover a more expressive angry style of their own, and it was generally one of mockery and disdain for the left.  Donald Trump ultimately became the master of this style.  But that doesn't get us all the way to "wrath."

I'm using the word to capture that moment of emotional impasse in which the person has been angered beyond endurance and sees no way ahead.  All the exits have been blocked and the places where emotional expression could be channeled into political or legal action seem to be out of reach. Wrath is collective despair suddenly torn free of all (or at least most) restraints because the other side has chosen to rule by foce and intimidation, not by the consent of the governed.

MT:     How has anger become such a dominant factor in American politics?