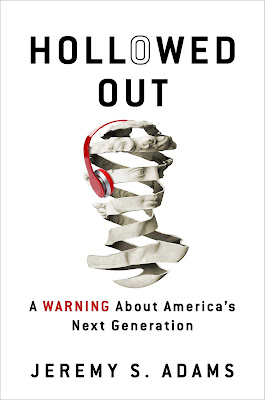 It is no secret that America’s education system has been failing our children and our country for over a half-century now, ever since the radical left realized that subverting American institutions from within was more effective than outright domestic terrorism. But thanks to the coronavirus pandemic and remote-learning mandates, parents have gotten a glimpse of just how insidious and shocking the dumbing-down and ideological indoctrination are. Parental outrage has led to confrontations with bullying teachers unions, hostile school boards, and tone-deaf political leaders who declare openly that parents shouldn’t have a say in their children’s education.

A recent book from Regnery Press addresses this hot-button topic and laments a whole generation or more of American youth whose brains as well as souls have been “hollowed out” by ideological brainwashing, technological distraction, the disintegration of families, and the collapse of moral and civic virtues. Hollowed Out: A Warning about America's Next Generation, by Jeremy S. Adams, explores the different facets of this disheartening crisis, but also concludes with a rallying cry for action from a California teacher writing from within the very belly of the beast.

A graduate of Washington & Lee University and CSU Bakersfield, Jeremy Adams was the first classroom teacher inducted into the California State University, Bakersfield, Hall of Fame. He has written on politics and education for the Los Angeles Times, Washington Post, Sacramento Bee, and many other outlets. Our mutual friend Evan Sayet, conservative political commentator and himself the author of The Woke Supremacy: An Anti-Socialist Manifesto and KinderGarden Of Eden: How the Modern Liberal Thinks, put me in touch with Adams to talk a bit about Hollowed Out.

Mark Tapson:           Jeremy, thanks for the insightful dissection of the state of our culture you’ve put forth in this book. Lamenting the divide that partisan politics has created in our country, you write, “Our democracy is hollowed out because the habits, the relationships, the institutions, and the values that allow us to become thoughtful, compassionate, magnanimous, and informed citizens no longer shape and define us in the ways they once did.” Can you give us a couple of key examples?

Jeremy Adams:       I wish I could go back and add the word “content” or “fulfilled” or “joyful” to that list because every day the evidence is mounting about just how miserable—uniquely miserable, in fact—our young people have become. As to their civic deficiencies, the basic problem is a profound lack of knowledge and awareness of what went in to creating the institutions of our civilization. Almost everything they see is a consequence, they believe, of malevolent power being exercised against innocent bystanders in society.

A few examples: we have commercial institutions that create wealth and prosperity and yet what young people often see in economic activity is exploitation. I had a student recently try to tell me that capitalism cannot survive without a permanent underclass. And yet when we peeled back the layers, what was really being said was that there will always be a need for low-skilled workers which, everyone knows, is actually good news for anybody trying to enter the labor market for the first time. And what never gets said, of course, is that people who work hard, get educated, and are diligent don’t stay in a low-skilled job for long. They see political power almost always as an oppressive force and never as a tool for working for justice, which also requires significant political will. They don’t know anything about LBJ and Civil Rights. They don’t know anything about Daniel Webster and the Compromise of 1850.

And then this obsession with power gets carried into private life--families are seen as inherently patriarchal, organized religion is full of negative judgement, all institutions are seen as corrupt and unworthy of veneration. It’s a dark and dyspeptic worldview that most people don’t fully understand.

MT:     In the book you identify some of the social, cultural, and political fault lines between older and younger generations of Americans, fault lines that seem to be dangerously widening, like the collapse of the traditional family and declining religious belief. How do we begin to repair those gaps? 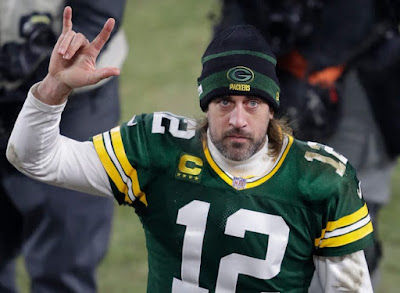 In recent years many professional athletes have come to be as well-known for their (invariably leftwing) political stances as for their sporting achievements. Take former NFL quarterback Colin Kaepernick, for example, cop-hating Black Lives Matter icon; or women’s soccer captain Megan Rapinoe, anti-American LGBT advocate; or NBA star LeBron James, enthusiast for the communist regime in China. Celebrities now are expected to be social justice activists; political neutrality is not an option for anyone who wants to be applauded for demonstrating that he or she is on “the right side of history.”

So it’s refreshing when a pro athlete like Green Bay Packer quarterback Aaron Rodgers unabashedly states, “I’m an athlete. I’m not an activist.” Rodgers, a Super Bowl winner, three-time Most Valuable Player in the National Football League, and nine-time Pro Bowl selectee, is generally considered one of the greatest quarterbacks of all time. He has also become a polarizing, controversial figure and a target of the totalitarian left precisely because he doesn’t conform to the woke expectations of our heavily-politicized culture.

Last November, Rodgers triggered the left-dominated media after making statements that did not align with the acceptable narrative about COVID-19 and the Biden administration’s (mis)handling of it, such as suggesting – horrors! – that the low-cost, readily available ivermectin was beneficial for people suffering with the virus. Propaganda outlets from the Washington Post to USA Today to Sports Illustrated were quick to slam Rodgers for “mistruths and half-truths,” and for “lying” about his vaccination status (he stated only that he had been “immunized,” which was true).

Rodgers subsequently explained that he had an allergy to two of the available mRNA vaccines, which left him with only the option of the Johnson & Johnson version. But in light of all the adverse reactions reported in the media about the J&J shot, Rodgers decided to forgo it.

“So then my options became, ‘Okay, what can I do to protect myself and my teammates if there’s not one of the big three options for me in my own body?’” he said. “And so I looked into and talked, again, to a lot of medical individuals and professionals and found that there was an immunization protocol that I could go to, to best protect myself and my teammates. And it was a long term protocol that involved multiple months. I’m very proud of the research that went into that and the individuals that I met with and we felt like it was what was best for me.”

He added, “I believe strongly in bodily autonomy and the ability to make choices for your body, not to have to acquiesce to some woke culture or crazed group of individuals who say you have to do something. Health is not a one-size-fits-all for everybody.” Books on America’s racial divide – primarily from the woke, purportedly “anti-racist” left – are all the rage today, making bestselling millionaires out of race hustlers like Ibram X. Kendi and Robin DiAngelo. Generally speaking, they promote the false narrative that America’s very founding is grounded in slavery, not liberty; that Americans are racist in our very DNA, as Barack Obama once put it; and that we are still in thrall today to an irredeemably systemic racism.

Philosopher, author, and DePaul University professor Jason D. Hill, a Shillman Fellow at the David Horowitz Freedom Center and one of the boldest, most original thinkers on race, has written a powerful new counter-narrative titled, What Do White Americans Owe Black People?: Racial Justice in the Age of Post-Oppression. Hill, himself of mixed-race, Jamaican descent, laments that too many blacks today are being sold an identity rooted in “resignation, nihilism, Afro-pessimism, entitlement, separatism, victimology, misanthropy, and hatred of the United States.” His book urges them to practice “radical forgiveness” and “radical individualism,” and to embrace the freedom of a “transracial future.” It is a controversial message that offers black Americans an opportunity which threatens the victim narrative of divisive exploiters like Kendi and DiAngelo.

I posed some questions to the author about his book, What Do White Americans Owe Black People?

Mark Tapson:           Dr. Hill, congratulations on a brilliant, provocative book. So many questions, so little time and space. Let me begin with a question about a subtle but significant point: Associated Press guidelines now call for capitalizing the word “black” – but not “white” – when used in a racial, ethnic, or cultural sense, purportedly to honor blacks’ shared experience and sense of identity. That capitalization swiftly become widespread practice. I noticed you didn’t use that in your book. I assume that was a conscious choice on your part?

Jason D. Hill:           Thanks for the kind words, Mark. They mean much to me. Yes: I’m orthodox when it comes to the mechanics of language. I won’t make an exception in the case of capitalizing the word “black” for the sake of sheer political expediency. Semantic exactitude trumps identity politics in this case.

MT:     You begin by asserting that, while slavery was of course an “egregious evil,” culpability for it is complex and that the argument for reparations to the descendants of slaves is “morally incoherent.” Can you elaborate on that?