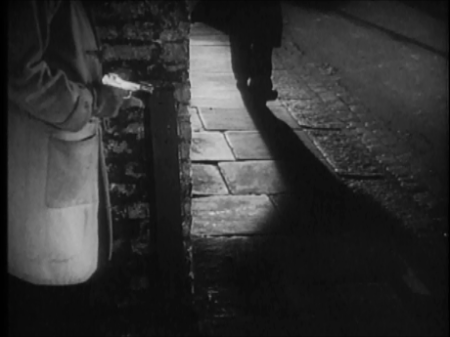 In the November 18 issue of the university newspaper The Hoya, Georgetown senior Oliver Friedfeld wrote an op-ed about his own mugging at gunpoint the weekend before. It was entitled, “I Was Mugged and I Understand Why.” His explanation is another nail in the coffin of American sanity and another victory for progressive brainwashing in academia.

Asked by a reporter if he were surprised that an armed robbery occurred in upscale Georgetown, the “solidly middle-class” Friedfeld immediately replied, “Not at all.” After all, he explains, “We live in the most privileged neighborhood within a city that has historically been, and continues to be, harshly unequal.”

Since economic disparity undoubtedly caused his attackers to rob him, Friedfeld thinks it’s unfair to refer to them as “thugs,” “criminals” or “bad people.” He “trusted” that they weren’t out to hurt him; they only wanted his possessions. “While I don’t know what exactly they needed the money for” – I’m guessing an iPhone, new Air Jordans, or drugs, but almost certainly not food to survive – “I do know that I’ve never once had to think about going out on a Saturday night to mug people... The fact that these two kids, who appeared younger than I, have even had to entertain these questions suggests their universes are light years away from mine.”

Apparently it is common sense and a grasp of individual responsibility that are light years away from Friedfeld’s experience. First of all, he has no way of knowing if these “kids” are worse off than he; they could be fellow Georgetown students, for that matter. Second, he has never had to contemplate threatening people with a (probably illegally obtained) firearm in order to take what doesn’t belong to him, not because he has never been poor, but because, like most of us, he has chosen to be law-abiding. To assume that poverty made them rob him is an unconscionable slap in the face to the impoverished who work hard and long to make ends meet but who nonetheless have the honor, dignity, and moral conscience to lead law-abiding lives. But this is the progressive mindset: that some vague, irresistible entity called “society” somehow overrides our personal ability to choose to act rightly or wrongly.

“I’d venture to guess,” Friedfeld continues, “that our attackers have had to experience things I’ve never dreamed of.” So what? People are not automatically compelled by their “experiences” to commit armed robbery; they must make many decisions along the way, choices that are their own responsibility. Not necessarily in this order: they make decisions to commit a felony, to obtain (again, probably illegally) a firearm, to load it, to conceal it and their identity, to go out and stalk a victim, to select one and then to draw that weapon and force the victim to the floor at gunpoint to take his possessions. At every step of the way, that criminal is under his own power to stop himself, to call off this felonious act that could very well result in an innocent person’s death.

“When I walk around at 2 a.m., nobody looks at me suspiciously,” says Friedfeld, “and police don’t ask me any questions. I wonder if our attackers could say the same.” Again, so what? Does he truly believe that people are driven to commit crimes because others view them with suspicion? This reasoning isn’t compassionate, it’s simply nonsensical. It’s depressing to think that the Georgetown University education Friedfeld has pursued for four years hasn’t resulted in critical thinking skills.

He goes on: “Who am I to stand from my perch of privilege, surrounded by million-dollar homes and paying for a $60,000 education, to condemn these young men as ‘thugs?’ It’s precisely this kind of ‘otherization’ that fuels the problem.” You read that correctly: he has no right to judge armed bandits who were willing to shoot him had he resisted, because that would be “otherizing” them, or some such politically correct idiocy.

For a moment, let’s grant Friedfeld’s point. Let’s assume the armed robbers did indeed steal from him because poverty drove them to it. If that’s so, then Friedfeld is so brainwashed that he can’t see that he has been otherized by the criminals who targeted him for his affluence. He has been made the rich Other from whom it is acceptable to steal. Because, income disparity.

“Young people who willingly or unwillingly go down this road have been dealt a bad hand,” writes Friedfeld. But even the D.C. police officer who responded to the mugging told Friedfeld that he too had come from difficult circumstances, and yet had made the choice not to turn to crime. “This is a very fair point,” Friedfeld conceded. “We all make decisions.” It’s more than a fair point – it is the only point. Regardless of one’s situation, your choices – not your situation – define you.

“If we ever want opportunistic crime to end, we should look at ourselves first... When we play along with a system that fuels this kind of desperation, we can’t be surprised when we’re touched by it.” Again, he has no evidence to assume that his attackers were driven by “desperation,” but in any case, opportunistic crime will never end, because human beings will never rid themselves of greed or immorality. All the income equality in the world won’t bring an end to that.

Brace yourself for Friedfeld’s pathetically weak conclusion: We must “devote real energy,” he writes, “to solving what are collective challenges. Until we do so, we should get comfortable with sporadic muggings and break-ins. I can hardly blame them.” So his solution to armed robbery is to urge us to accept being compassionate, understanding victims until we can get our collectivist utopia up and running.

To paraphrase Iriving Kristol, a liberal is simply a conservative who hasn’t been mugged by reality yet. But today, not only is a mugging not enough to drive some sense into a young progressive, it actually confirms his worldview about economic inequality. It confirms, not the armed robber’s guilt, but the victim’s guilt for (presumably) being better off. This is precisely the sort of “victim-blaming” that drives progressives into a rage when applied toward rape victims. But when it comes to “white privilege” and “income inequality,” moral equivalence rules, and reason flies out the window.