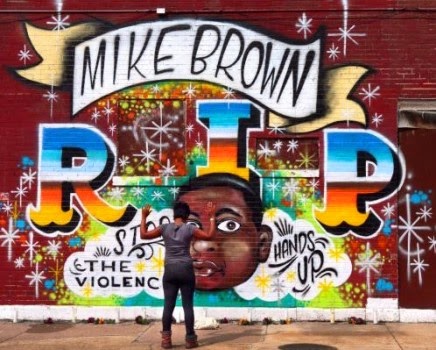 If you are mystified as to why the left strives so hard to make martyrs out of such unlikely role models as Michael Brown and Trayvon Martin, both killed in self-defense, just keep in mind Rahm Emanuel’s credo: “Never let a serious crisis go to waste.”

Within days of the shooting of Brown in August, a “Professor of Science and Education” named Christopher Emdin posted (and then updated in October) a piece for Huffington Post entitled “5 Ways to Teach About Michael Brown and Ferguson in the New School Year.” That article was given new life when a link to it was tweeted by the White House Am-Af Ed just after Thanksgiving. It included the acronym for “in case you missed it” – indicating that the administration thought the article’s content important and valid enough to bring to people’s attention once again.

What is Am-Af Ed? It is the U.S. Department of Education’s Initiative on Educational Excellence for African Americans, an Obama creation designed to improve educational opportunities for blacks in America. But of course, educational excellence doesn’t mean the same thing to the Alinsky protégés in the White House as it does to most Americans. To the radical left, education is about mobilizing, galvanizing, and deploying armies of social justice warriors.

The Am-Af Ed tweet also included Twitter links to: left-leaning PBS; Teaching for Change, whose motto is “Building Social Justice Starting in the Classroom”; and Rethinking Schools, whose mission is “social justice teaching and education activism… to build broad democratic movements for social and environmental justice.” See a pattern developing there?

Teaching for Change devotes an entire page to “Teaching About Ferguson” to help indoctrinators – I mean, educators – enable students to “be proactive in their own communities” – because apparently it’s less important to give students of color an education than it is to pump them up for community action. The page is replete with items about the history of racism in America, along with positive references to Malcolm X, radical historian Howard Zinn, and the Black Panthers. That would be the same Black Panthers whose recent plot to bomb the Gateway Arch and murder the Ferguson police chief and a St. Louis prosecutor was stalled because the racist thugs ran out of EBT credit. What a standard for academic excellence they set.

Emdin’s Huffington Post piece urges that educators “set the appropriate tone for the school year” by focusing on “events and issues that mean something to students,” especially “youth of color” – by which he means the Michael Brown shooting and what he calls “the recent events in Ferguson.” Those “events” now have expanded beyond Ferguson and include rioting, burning, looting, and murdering, and the harassment of Christmas-caroling children for good measure. It is “imperative that teachers find a way to bring this issue into the classroom,” he writes, otherwise “we are loosing [sic] opportunities to make powerful connections” – because successful community organizing depends on ramping up racial grievances and victimhood. Never mind the powerful connections that a good education would instill in students’ minds.

His 5 steps to not letting this crisis go to waste begin with asking students what they have heard or know about Brown and Ferguson. From there the indoctrinators – oops, there I go again – are to connect the Brown shooting to other, similar controversial black deaths such as those of Trayvon Martin and Eric Garner, to make students “more sociopolitically aware” and to develop “emotional awareness, empathy, and other skills necessary to be informed citizens.” Actually, emotional awareness, whatever that is, and empathy are unnecessary to be an informed citizen; they are, however, necessary in order for youth to be manipulated by progressive race-mongers into believing that feeling trumps facts.

Third, Emdin recommends that students “write letters to all those who are involved in the shooting. This includes politicians, police officers, the families of victims of the violence, and even the deceased.” This apparently helps “students lean [sic] how to write while conveying emotion” – because again, emphasizing emotion is a critical element in community organizing. And while the students devote all this time to writing emotionally-charged letters to everyone involved in a case in which the evidence supports the white officer’s story and demolishes the racially self-serving lies initially spread about the shooting, the rest of their education languishes on the sidelines.

Emdin’s fourth proposal would ordinarily beggar belief, except that by now, nothing that emerges from leftist propagandizing in the American educational system should surprise anyone. He recommends that students create a memorial to Brown on a classroom bulletin board, to “honor Michael Brown and other people who have been victims of police and other violence.” That’s an actual memorial to a man who initiated violence against a cop after strong-arming a local storekeeper in the commission of a crime. That is the man that Emdin and the Department of Education want to hold up as an inspiration to youth of color. This, Emdin claims, helps teachers to “form classroom solidarity” [emphasis added] – because classroom solidarity, and not the development of individual critical thinking skills, is crucial to “rethinking schools.”

Finally, Emdin wants teachers to “carry the theme for the rest of the year” to get the students “beyond meaningless assignments like writing and talking about what they did over the summer... [They] begin to see the classroom as a space where the teaching affects real life, and where assignments have meaning” – because without the transformative goal of racial payback and social justice, readin’, writin’, and ‘rithmetic obviously have no real life applications.

Are such recommendations really ways in which Af-Am Ed intends to produce educational excellence in students of color? For all of Christopher Emdin’s lip service to the “critical thinking skills” he claims his plan promotes, it will produce not academic excellence but more dumbed-down youth animated by racial anger – just the way the Alinsky protégés want it.