Big Brother on the Shelf 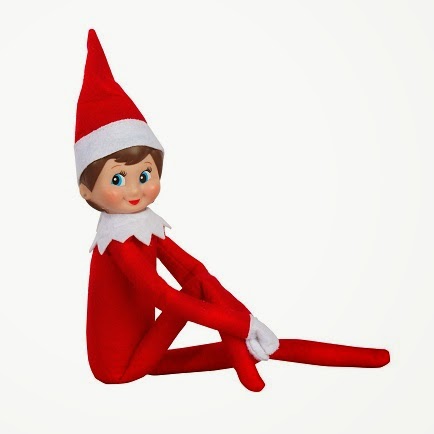 He sees you when you’re sleeping
He knows when you’re awake
He knows if you’ve been bad or good
So be good for goodness’ sake.

There’s always been a not-so-subtle undercurrent of parental scrutiny to the lyrics of the upbeat and irresistible singalong “Santa Claus is Coming to Town,” but one professor believes that a popular but creepy Christmas phenomenon of recent years is taking that surveillance to a totalitarian extreme.

Originating as a book but now a popular doll, “The Elf on the Shelf” is supposedly sent from Santa to scout children for the boss’ naughty and nice lists. Parents or teachers “adopt” the doll, give him a name, and perch him in a different location around the house or classroom each day to monitor the children’s behavior. As I said: creepy. A friend of mine feels like it has echoes of the movie franchise about the demonic Chucky the Doll.

Dr. Laura Pinto, professor of digital education at the University of Ontario Institute Of Technology, apparently agrees with me. Carolyn Gregoire wrote in the Huffington Post last week that Pinto worries that “Elf on the Shelf” is actually “Preparing Your Child to Live in a Police State.” This may seem like hyperbolic paranoia over a seemingly innocuous doll that parents use to keep naughty children in line at Christmastime, but I think Pinto is on target when she claims that “the Elf sets children up for the uncritical acceptance of surveillance structures.”

Pinto’s concern with the fad is that the children don’t see the surveillance as play, but instead accept it as real. “Children who participate in play with The Elf on the Shelf doll have to contend with rules at all times during the day,” she writes. “They may not touch the doll, and they must accept that the doll watches them at all times with the purpose of reporting to Santa Claus.”

Pinto likens this to French philosopher Michel Foucault’s description of 18th century prison disciplinary practices which were designed to make the inmates feel the pressure of constant observation, thus influencing their behavior. The Elf on the Shelf is essentially the same methodology, she contends, and “it contributes to the shaping of children as governable subjects.” In Pinto’s Orwellian analogy, Santa Claus becomes Big Brother and his elves become the Ministry of Truth, “similar to the dynamic between citizen and authority in the context of the surveillance state,” Pinto says.

As a parent of two little ones, I can confirm that using Santa’s naughty or nice lists is a convenient holiday disciplinary threat; in fact, I’m considering using it year-round and well into their teen years if I can just manage to keep them in the dark that long about Santa. But there is a subtle difference between a parent threatening a child with Santa’s disapproval on the one hand, and on the other, keeping an actual representative of Santa physically in the house or classroom where the child can never escape its ever-observant eye.

While I want to instill in my kids a morality about their behavior, I want them to grow to internalize it freely, not have it imposed upon them through a coercive, external gaze. While I want my kids to have an appropriate respect for authority, I don’t want them t0 be conditioned to submit to a Big Brother authoritarianism. No elves on my family’s shelves.