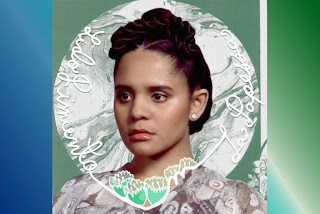 The broadly-labeled “world music” or “world beat” musical genre was enormously popular from the late ‘80s through the late ‘90s and, for me as a musician, exciting and inspirational. Musicians from Mali to Croatia to Brazil found themselves collaborating with the biggest First World pop stars of the day to produce uniquely multicultural sounds. Peter Gabriel powered whole albums with African drumming and duets with singer Youssou N’Dour, a superstar in Africa and Europe. Paul Simon recorded a South African-influenced album with musicians from that country, and he and Michael Jackson also recorded separately with the Brazilian samba-reggae group Olodum (which I drummed with myself in Carnaval in the mid-90s). Sting, having soared to fame with a group that fused rock and reggae, toured with percussionists of African and Caribbean roots and scored a hit with Algerian singer Cheb Mami in “Desert Rose.” Audiences ate it up.
None of that would be possible today, or at least popular, because an ugly current of racial totalitarianism has taken hold among many young people who would condemn the Western artists for cultural appropriation. The opportunities for such musical blends to knit disparate audiences together are disappearing, replaced by a militant tribal defensiveness.
When musical artists mix genres and collaborate in a way that promotes unity rather than division, there is no faster way to break down barriers of race, nationality, and gender and move people beyond the barricades of politics. The exciting energy such a creative partnership can generate brings people together more quickly, harmoniously, and organically than any other artistic or activist endeavor.
Conversely, nothing is more certain to wedge people further apart than using a musical performance to sow division and perpetuate resentment in an audience that otherwise is primed to seek common ground.
Read more »
at 8:29:00 AM 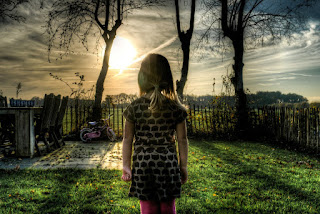 Huffpost reported recently on a project created by photographers and partners Sham Hinchey and Marzia Messina called “Dear Daughters,” in which 22 men posed for artsy portraits with their daughters, ages 8 to 11, and chatted informally but a little awkwardly with them about feminism. As you might expect from Huffpost, a half-hour video of the process depicts mostly “woke” grade-schoolers and hipster dads showing off their feminist consciousness for the camera without a trace of a diverse viewpoint.
In the video, fathers and daughters play a board game Hinchey and Messina invented to encourage discussion. The game featured such questions as “What worries you about bringing up girls in a male chauvinist world?” and “Name a woman you admire” (almost all the girls named Hillary Clinton or Michelle Obama) and “Name all the stereotypes you can think of about boys and girls.”
“[C]hildren of this age start asking questions regarding social issues and it is interesting to watch them process news, trying to rationalize and decipher events which in their minds are absurd or unjust,” Messina told HuffPost. Yes, but a ten-year-old isn’t likely to have the wisest or most informed perspective on what is absurd or unjust – many adults don’t have it, for that matter. At that age, children are largely parroting what they have heard from parents and other adult influences such as teachers, particularly on complex political issues such as wages and the environment.
When one parent in the video tries to explain the concept of abortion to his daughter, for example, he glosses over the ugly reality of it and declares that what the issue boils down to is, “There’s a bunch of men in a room trying to tell women, ‘If you get pregnant, you have to have that baby.’” His daughter responds, “That’s messed up.” What’s messed up is the way he steered her toward the Progressive lie instead of guiding her toward the truth.
Read more »
at 8:27:00 AM