As is customary, President Obama and wife Michelle released their annual Ramadan greetings last Friday. Also customary for Obama, it was full of platitudes about Islam’s supposedly invaluable contribution to American culture, and devoid of any acknowledgement of the dark reality of the Arab Spring that he helped facilitate.

Michelle and I extend our warmest wishes to Muslim Americans and Muslims around the world at the start of Ramadan. For Muslims, Ramadan is a time of fasting, prayer, and reflection; a time of joy and celebration. It’s a time to cherish family, friends, and neighbors, and to help those in need.
In ironic response, CNN posted this headline two days later: “Iraq Bombs Kill 25 People as Muslims Celebrate Ramadan.” Similar headlines followed: “Ramadan Fails to Curtail Syrian Violence.” “Muslims Begin Ramadan Fast; Bombs Hit Thai South.” “7 Shot Dead in Karachi on First Day of Ramadan.” So much for reflection, joy, and celebration.

The People v. The Democratic Party 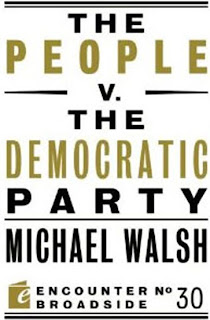 In the latest in a series of 48-page broadsides from Encounter Books, writer Michael Walsh puts the Democratic Party on trial and presents the case for abolishing what is nothing more than “a criminal organization masquerading as a political party.”


Michael Walsh is an American Book Award-winning novelist, music critic, screenwriter, and media critic. Formerly the editor of Andrew Breitbart’s BigJournalism.com, he writes political commentary for the New York Post and also for the National Review under both his own name and that of his alter ego David Kahane, whose Rules for Radical Conservatives: Beating the Left at its Own Game to Take Back America is a must-read guide for waging political warfare. Now Walsh brings his erudition, humor, and political killer instinct to his Encounter pamphlet, The People v. The Democratic Party.


Not one to urge Republicans to reach across the political aisle in search of compromise, Walsh begins by pulling no punches in his condemnation of those on the other side of that aisle. “From the inception of the Republic,” he writes, “the Democratic Party has been a public enemy – an organization antithetical to our nation’s traditions, civic virtues, and moral values.” In fact, “the party of slavery, segregation, secularism, and sedition has always been in the forefront of everything inimical to the United States of America.”
Read more »
at 11:04:00 AM

Holocaust Survivors as Villains: The Self-Hatred of the Jewish Left

The left-leaning Jewish daily Tablet found itself the target of an unexpected backlash last week after it published a shocking piece smearing Holocaust survivors as “villains masquerading as victims.” Commentary’s John Podhoretz called it “the most disgusting piece of anti-Semitism I think I’ve ever read outside of the arrant lunacy of schizophrenic letter writers.”


In a pop culture critique of the popular TV series Breaking Bad, called “Breaking Bad Karma” (with the eyebrow-raising subtitle, “How the cancer victim at the center of the AMC series justifies my skepticism of Holocaust survivors”), first-time Tablet contributor Anna Breslaw began with this distasteful personal confession. That section is worth quoting in its entirety, because every sentence is jaw-droppingly vile:

Since I was 12 I’ve had an unappealing, didactic distrust of people with the extreme will to live. My father’s parents were Holocaust survivors, and in grade school I received the de rigueur exposure to the horror – visiting geriatric men and women with numbers tattooed on their arms, completing assigned reading like The Diary of Anne Frank and Night. But the more information I received, the less sympathy the survivors elicited from me. Each time we clapped for the old Hungarian lady who spoke about Dachau, each time Elie Wiesel threw another anonymous anecdote of betrayal onto a page, I eyed it askance, thinking What did you do that you’re not talking about? I had the gut instinct that these were villains masquerading as victims who, solely by virtue of surviving (very likely by any means necessary), felt that they had earned the right to be heroes, their basic, animal self-interest dressed up with glorified phrases like “triumph of the human spirit.”
I wondered if anyone had alerted Hitler that in the event that the final solution didn’t pan out, only the handful of Jews who actually fulfilled the stereotype of the Judenscheisse (because every group has a few) would remain to carry on the Jewish race – conniving, indestructible, taking and taking.

The Left Can’t Bring Itself to Celebrate America

This past Independence Day, social media like Twitter were teeming with joyful appreciations of and gratitude for our freedom and America’s bounty, in spite of threats to both under the Obama administration. But there were also plenty of bitter, divisive messages from progressives, who can’t bring themselves to celebrate this country; instead, they spent the holiday ramping up their relentless racial grievance-mongering.

Leading the pack, predictably, was one of the Hollywood One-Percenters, who can always be counted on to pretend to side with the mythical 99%. Ostensibly an actor and comedian, Obama apologist Chris Rock has become rich and famous in the country that he routinely trashes as racist. Showing his solidarity with violent Occupy-types, in March Rock assaulted a camerawoman with a journalist who asked about Rock’s slanderous comment that the Tea Party was “insane” and “racist.” His latest hateful jab came on Twitter in the form of this racist, historically ignorant, punctuation-deficient holiday tweet, which went viral:

Chris Rock @chrisrock
Happy white peoples independence day the slaves weren't free but I'm sure they enjoyed fireworks
It’s possible that Rock’s tweet was simply a publicity ploy calculated to stir up controversy and boost his flagging, uninteresting career. Of course, if he really wanted to boost his career and endear himself to millions of Americans, he could simply have tweeted happy birthday wishes to America and his gratitude for the freedoms he enjoys that countless Americans have died for and continue to die for. But leftist celebrities are actually contemptuous of their American public; they care only about their standing among each other. So in fact, Rock’s tweet was calculated not only to aggravate proud Americans but to earn him high-fives among fellow entertainers like black actor Don Cheadle, who approvingly “retweeted” Rock’s “joke.”

Muslim Congressman: Islam in America Must Not Retreat 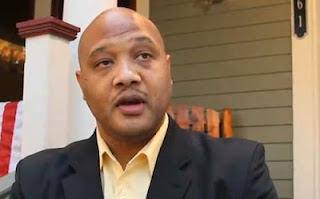 In a May 26 address before the Islamic Circle of North America/Muslim American Society (ICNA/MSA), both Muslim Brotherhood front groups, André Carson commiserated with his audience over how difficult things have been for them since the World Trade Center attacks at the hands of al Qaeda jihadists: “9/11 was tough on Muslims.”


Carson is America’s race-baiting, confirmed socialist and second Muslim Congressman (Keith Ellison is the first), who had a lot of interesting things to say at this event. In video clips surfacing on the internet, Carson made the above comment as well as this eyebrow-raising pronouncement, to the applause of his Muslim-American audience:

America will never tap into educational innovation and ingenuity without looking at the model that we have in our madrassas, in our schools, where innovation is encouraged, where the foundation is the Koran. And that model that we are pushing in some of our schools meets the multiple needs of students… America must understand that she needs Muslims.
It’s unclear how the rote memorization of the Koran constitutes “educational innovation and ingenuity,” or how madrassas are “meeting the needs” of Muslim students abroad; in places like Pakistan where they abound, they don’t seem to be producing a wealth of world-class scholars or highly-trained professionals, but they do seem to produce a virulent hatred of things un-Islamic. 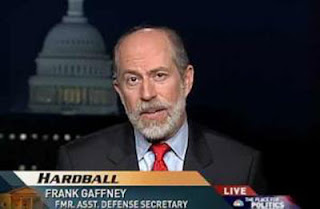 Sixty-five years ago this July, Foreign Affairs published an explosive article by diplomat George Kennan, under the pseudonym Mr. X, which isolated and defined “The Sources of Soviet Conduct.” It became the centerpiece of our response to Soviet expansionism and the foundation of our Cold War policy, and made “containment” a household word and a foreign policy strategy for decades afterward.

In the article, Kennan explained that the Soviet Union's leaders were determined to spread the communist ideology around the world. Due to the “innate antagonism” between socialism and capitalism, the USSR perceived itself to be at perpetual war with the West, with no possibility for peaceful coexistence. And they were extremely patient and practical in the pursuit of that goal:
The Kremlin is under no ideological compulsion to accomplish its purposes in a hurry… The main thing is that there should always be pressure, unceasing constant pressure, toward the desired goal.
Direct conflict was never considered a desirable avenue for the propagation of their cause; instead, the Soviets were always on the move to fill “every nook and cranny available to it in the basin of world power.” Their foreign policy, Kennan wrote, “is a fluid stream which moves constantly, wherever it is permitted to move, toward a given goal.”

U.N. Me: New Documentary Not to Be Missed

It will come as no surprise to FrontPage readers that the United Nations, an organization which began in 1945 to “ensure global security and protect human rights,” is up to its translation headsets in bureaucratic impotence, corruption, and complicity with evil. Even so, filmmaker Ami Horowitz still manages to surprise, enlighten, and even entertain in his offbeat exposé of the farcical world of the UN.

His new documentary U.N. Me, available now in theaters and via Video-on-Demand services,  is a blistering, ninety-minute indictment of the willfully incompetent world body that not only rarely succeeds in its mission to promote international peace and harmony, it often botches matters completely and exacerbates international tensions, while holding none of its agents accountable.

Co-director, co-producer and star Ami Horowitz (no relation to the Freedom Center’s David Horowitz) takes the dysfunctional UN to task for such ghastly actions (or inaction) as turning a blind eye to genocide, funneling funds to despots, enabling the spread of nuclear weapons to theocratic regimes that have no intention of creating a civil nuclear power program, participating in sexual assaults, rapes, and pedophile rings, and partying in local bars and brothels while doing little or no work – all while raking in the cash.