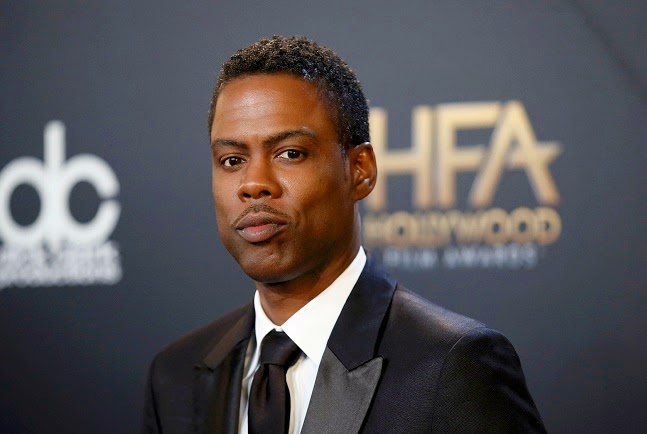 The college circuit used to be where many newer, edgier comedians built their audience and reputation, and where some established comedians remained relevant by connecting with a new crop of fans. But in recent years those fans seem to have traded their funny bones for a very humorless hypersensitivity toward the feelings of others.

In a recent, wide-ranging Vulture interview, comedian Chris Rock was asked for his thoughts on the controversy back in October about talk show host and comedian Bill Maher speaking at UC Berkeley’s commencement. Ironically, considering that this is the 50th anniversary year of the Free Speech Movement at Berkeley, students disinvited Maher over remarks he had made about Islam that some found “racist and bigoted.”

Curiously, it was the university that stepped up in support of free speech over student objections; the administration reinstated Maher’s invitation, asserting in a statement that it fully respects and supports Maher’s right to express his opinions and does not intend to “shy away from hosting speakers who some deem provocative.”

“Well, I love Bill,” Rock answered, “but I stopped playing colleges, and the reason is because they’re way too conservative.” Politically conservative, the interviewer asked? Rock’s response says a great deal about the current state of American youth in higher education:

Not in their political views — not like they’re voting Republican — but in their social views and their willingness not to offend anybody. Kids raised on a culture of “We’re not going to keep score in the game because we don’t want anybody to lose.” Or just ignoring race to a fault. You can’t say “the black kid over there.” No, it’s “the guy with the red shoes.” You can’t even be offensive on your way to being inoffensive.

Maher wasn’t the only commencement speaker this year to have been confronted by politically correct sensibilities: Condoleezza Rice at Rutgers University, International Monetary Fund head Christine Lagarde at Smith College and former UC Berkeley Chancellor Robert Birgeneau at Haverford College were all successfully shut down. Ayaan Hirsi Ali, women’s rights proponent and fierce critic of Islam, was denied an honorary degree at Brandeis for similar reasons.

Political correctness, Chris Rock said, is “stronger than ever.” The atmosphere on today’s campuses is that of intolerance of anyone and anything that could conceivably give offense, that challenges students’ biases and makes them feel uncomfortable. Thanks to the comforting embrace of Orwellian speech codes, safe spaces, and trigger warnings, too many young people place a high priority on the protection of their feelings and beliefs. They’re wary of testing received wisdom and expanding their horizons, and they cling to favored illusions while wrapping themselves in the force-field of victim status. The result is a reflexive sensitivity that renders the comedy routine of someone like Rock completely toothless and pointless; hence, no more college tours.

Rock told his Vulture interviewer that he began to notice this dismal state of affairs “about eight years ago. Probably a couple of tours ago. It was just like, This is not as much fun as it used to be. I remember talking to George Carlin before he died [in 2008] and him saying the exact same thing.”

Carlin, of course, was an uncompromising champion for free speech. “Political correctness is America’s newest form of intolerance,” Carlin once complained,” and it’s especially pernicious because it comes disguised as tolerance.” He was surprised by the censorship from “the politically correct people on the campuses,” and groused about the tortured, evasive wording forced upon everyone by the “Political Language Police” in a misguided attempt to avoid being judgmental. “Politically correct language cripples discourse, creates ugly language, and is generally stupid,” he declared.

Universities exist – in theory, anyway – to open up students’ minds, not circumscribe them. But political correctness is so much the “new normal” that the students themselves have become their own intellectual jailers. It may take another couple of generations of hard work to dismantle that and reopen the American mind. Too bad Chris Rock abandoned that field, because comedy is a uniquely powerful tool for challenging one’s perspective and saying what cannot be said.