Has the West Lost the Will to Live? 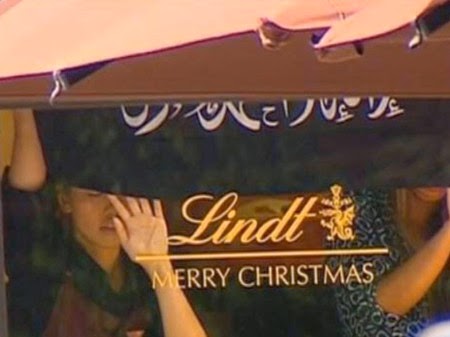 When it became too obvious to deny that the hostage crisis in Sydney, Australia was an act of Islamic terrorism, Prime Minister Tony Abbott asked Aussie citizens for calm, saying, “The whole point of politically motivated violence is to scare people out of being themselves. Australia is a peaceful, open and generous society – nothing should ever change that. And that’s why I would urge all Australians today to go about their business as usual.” That’s what a politician is expected to say. But what he should have said is that the time for business-as-usual is over.

Recently my friend Doris Wise Montrose – founder of Children of Jewish Holocaust Survivors and its related site for self-defense instruction, Jews Can Shoot – brought to my attention something she found disconcerting. It was a Facebook post by a very popular Israeli news blogger, a brief update on the knife attack perpetrated by a young Arab on shoppers in a Jerusalem supermarket. This update was accompanied by mention of the blogger’s own mundane shopping trip to a different supermarket, and a photo of the contents of his cart.

Doris commented to him that connecting the two experiences in the same breath, in the same tone, seemed oddly cavalier. The blogger replied that it was simply an acknowledgement that this is the way of life in Israel – her citizens refuse to be cowed; they proudly carry on even with terrorism in their midst. Business as usual.

Last month novelist Jack Engelhard, who writes a weekly column for Israel’s Arutz Sheva, wrote an op-ed questioning precisely this attitude of proudly taking terrorism in stride. He noted that in the wake of four rabbis being hacked to death in a Jerusalem synagogue, for example, Israeli life went on as before. Engelhard wrote: “Hurray for Jewish bravado,” but

You often hear the cliché that if we let the terrorists change our way of life, change who we are, then they win. But they have changed our way of life and who we are as a culture. Look at what has become of air travel in the wake of 9/11 and the bungling Shoe Bomber: passengers shuffling along like cattle in long security lines, removing our shoes and laptops, submitting to invasive scans by the useless TSA, etc. This is but one example of our “new normal,” and as incidents like the Boston Marathon bombing and the Jerusalem synagogue butchering and the Sydney hostage-taking become more and more common, they too will become our new normal.

The jihadists need not carry out another 9/11 or a nuclear strike in order to ultimately prevail. Terrorism is a war of attrition, a strategy of death by a thousand cuts. That means we live with the subtle but ever-present expectation that a so-called “lone wolf” like the Sydney gunman, or a suicide bomber, or a well-trained team of merciless slaughterers like the Mumbai or Nairobi terrorists could strike anywhere at any time: a mall, a café, a market, a school, a synagogue, a subway, anywhere.

For the victims of terrorism life doesn’t go on at all, and it is forever altered for the surviving family members and friends. The rest of us live with the knowledge that next time, it could be us or our loved ones. The psychic attrition is incalculable, and it sits in our consciousness like a cancer no matter how much we tell each other that we must not live in fear.

In an address to the Los Angeles Museum of the Holocaust earlier this year, J.J. Goldberg of the Jewish Daily Forward praised those Jews during the Holocaust who “fought back by surviving another day in the face of the inhuman killing machine, and then another day and another. They fought back by maintaining their humanity and dignity in the face of utter depravity.”

But that is not fighting back; it certainly is not victory. It’s simply a dignified surrender. To accept living under the cloud of terrorism while declaring stubbornly that it won’t change us is a terrible self-delusion. It is a fatal misconception to believe that simply denying terrorists the satisfaction of terrorizing us is any kind of a victory at all. Our humanity and dignity mean nothing if depravity wins, if our civilization succumbs to a hungrier, more ruthless one, if the world enters a Dark Age under a totalitarian theocracy. The only victory worth having will come when we bring the terrorism to an end.

The West is in decline for a number of reasons, one of which is its cultural capitulation in the face of an ascendant Islamic fundamentalism. It is as if we, or at least our leaders and elites, have lost the cultural will to live. We need to get in touch with a sort of cultural rage, a fierce determination to crush threats to our culture, our values, and our liberty. We need to demonstrate that our tolerance has reached an end, that there will be no more coexistence with an ideology openly dedicated to our destruction. “Never mind normal,” as Jack Engelhard put it. To paraphrase his wish for Israel, for once let our blood “be exceptional and cause for nausea and trembling” among our enemies. Show the jihadists that there will be no more business-as-usual capitulation, and that they can expect us to unleash hell in retaliation for a single drop of Western blood.

We have a President who actually announced to the world that “the future must not belong to those who slander the prophet of Islam.” At the rate we’re going, it won’t. One thing is certain: the future will belong to the culture that is not hamstrung by cultural self-doubt, that is not mired in apologetic self-abasement, that is not burdened by historical guilt induced through decades of politically correct indoctrination, and that burns with a will to win, no matter how long it takes or what it costs. The future will belong to the lions, not the lambs.