I'm very excited about this documentary that the David Horowitz Freedom Center is premiering in Santa Monica in 2 months. The Fight of Our Lives: Defeating the Ideological War Against the West features luminaries such as Niall Ferguson, Victor Davis Hanson, and many others on the internal and external threats to western civilization. I'm honored to be among the lineup as well, discussing the war on masculinity.

Documentary filmmaker Gloria Greenfield (Body and Soul: The State of the Jewish Nation and The Case for Israel - Democracy's Outpost, among other films) has put together a riveting discussion of the crucial fight we face today.

I'll have more news about this as time goes on. Meanwhile, if you'll be in the SoCal area on February 19th, do your best to attend this event in Santa Monica. 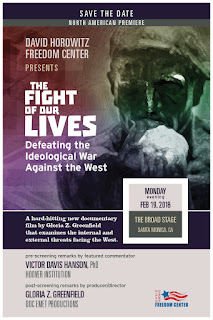 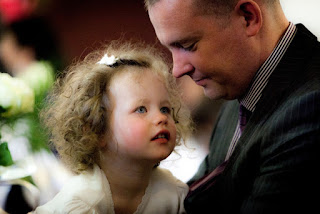 In light of the recent #MeToo movement of women claiming to have experienced sexual harassment or assault – a movement whose members TIME magazine just collectively named its Person of the Year – one would think that Americans had united behind a crystal-clear moral perspective on such behavior. One would think that this perspective would recognize the obvious difference between men who are predators (bad) and men who are protectors (good). But then The Washington Post saw fit to post an opinion piece Sunday whose author declared that a father who sees himself as his daughter’s defender is objectifying her just as much as the pervert he wants to defend her from.
In her morally muddled piece “Paul Ryan and Harvey Weinstein are both ‘fathers of daughters,’” Rabbi Danya Ruttenberg says that when men begin a public condemnation of sexism with some variation of the phrase “As the father of daughters…,” it indicates that these fathers think they have some special appreciation for women because they have girl children, but they actually do not see women – even their own daughters – as “three-dimensional people worthy of respect and care.” Instead, they view them as prized possessions whose honor and virginity must be kept intact. “The focus is ever on her body parts, used or unused, available or protected,” writes Ruttenberg.
As an example, she takes Speaker of the House Paul D. Ryan, who recently commented on the tsunami of sexual harassment accusations sweeping the country involving power players from Washington, D.C. to Hollywood.
Read more »
at 8:45:00 AM 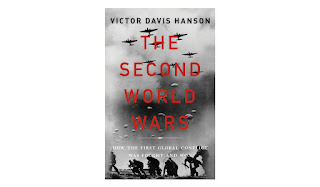 Once again I'll be introducing a speaker at a David Horowitz Freedom Center's Wednesday Morning Club event - this time the astute historian, agrarian, and political analyst Victor Davis Hanson, author of the new The Second World Wars, at the Four Seasons in Beverly Hills. 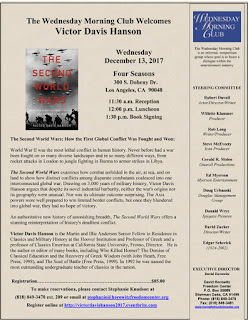 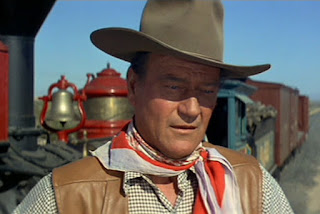 There is perhaps no manlier icon in Hollywood history than John Wayne. More than 40 years after his last film, he remains the cinematic apotheosis of the rugged, principled, red-blooded, tough-as-nails, frontier-conquering, patriotic American male. Not even Steve McQueen or Clint Eastwood can measure up to The Duke. But was Wayne’s masculine image a sham, and even worse, an ideal that no man could ever live up to?
The Atlantic’s Stephen Metcalf would like you to think so. In his recent “How John Wayne Became a Hollow Masculine Icon,” Metcalf writes about Nancy Schoenberger’s book Wayne and Ford: The Films, the Friendship, and the Forging of an American Hero, which explores the creative partnership of John Wayne and director John Ford. The dynamic duo made 23 pictures together, including Stagecoach (1939), The Searchers (1956), and The Man Who Shot Liberty Valance (1962), which Metcalf concedes are among the best and most important Hollywood films ever made.
Schoenberger, an English professor at William & Mary, wrote that “the two men succeeded in defining an ideal of American masculinity that dominated for nearly half a century.” She argues that that masculine ideal “is still salvageable, honorable even,” writes Metcalf. “Stoic, humble, gallant, self-sufficient, loyal—put that way, who could disagree?”
Stephen Metcalf, that’s who. He claims that the oversensitive Ford, whom he implies was gay, “was terrified of his own feminine side, so he foisted a longed-for masculinity” on a supposedly reluctant Wayne, molding his hypermasculine image. Rather than be inspired by that image, Metcalf dismisses it contemptuously: “[M]asculinity (like the Western) is a by-product of nostalgia, a maudlin elegy for something that never existed—or worse, a masquerade that allows no man, not even John Wayne, to be comfortable in his own skin.”
Read more »
at 9:17:00 AM 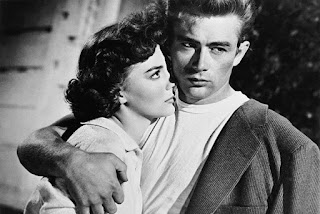 Ever since sexual harassment revelations about film producer Harvey Weinstein opened a floodgate for such scandals among the rich and powerful, some culture critics are suggesting that to eradicate such predatory behavior, we must raise boys to be more like girls.
Writing in “The Bad News on ‘Good Girls’” in last Friday’s New York Times, for example, contributor Jill Filipovic expressed frustration that, even though parents today claim they want their daughters to be strong and independent, there still exist “entrenched and often invisible gender biases” that nudge girls toward being “sweet and passive.” Meanwhile, boys are “raised to embrace risk-taking and aggression.” The result, she claims, is that women are socialized into staying home as mothers and homemakers, and men are encouraged to go out into the world and fill the roles of leaders and bosses.
Part of the reason for this, Filipovic says, is that “[g]irls are taught to protect themselves from predation, and they internalize the message that they are inherently vulnerable; boys move through the world not nearly as encumbered and certainly not seeing their own bodies as sources of weakness or objects for others’ desires.”
But the biological reality is that the weaker are inherently vulnerable to the stronger. Both girls and boys are vulnerable to predatory adults. The old are vulnerable to the young. Weaker boys are vulnerable to stronger boys. And yes, girls and women, generally speaking, are inherently vulnerable to boys or men who are, generally speaking, physically stronger and more aggressive. This is not simply a matter of how they are raised, although this certainly can be ameliorated to some extent by teaching girls from an early age how to defend themselves.
Read more »
at 8:35:00 AM

Threat Levels at Home and Abroad

It was a fascinating and wide-ranging discussion. Check out the video below...