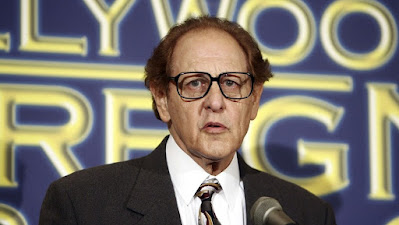 In a panicked move to signal its commitment to racial justice, the Hollywood Foreign Press Association, a gaggle of Los Angeles-based, international journalists, has booted 88-year-old member Philip Berk from its ranks. The South African-born Berk was not just a run-of-the-mill reporter in the association; he had belonged to it for 44 years and was an eight-time president there. His unforgiveable transgression? Last weekend he shared an email with HFPA members, staff, general counsel, and COO containing a cut-and-pasted article which slammed the powerful Black Lives Matter (BLM) movement as “a racist hate organization.”

Berk reportedly did not cite the source or add the link in his email, but the Los Angeles Times identified the article in question as “BLM Goes Hollywood,” written by Daniel Greenfield, a Shillman Fellow at the David Horowitz Freedom Center, and posted at FrontPage Mag on Monday, April 12. The piece centers on Hollywood’s embrace of the BLM co-founders, particularly Patrisse Cullors, who has stirred controversy and even angered some BLM supporters recently by making her fourth home purchase, a $1.4 million compound in an affluent white neighborhood in Southern California. Cullors has also been signed by the powerful CAA talent agency and by Warner Bros. studio in a lucrative deal to develop scripted dramas and comedies, docuseries, and animated programming for children, young adults and families.

Typically for Greenfield, his article pulled no punches, condemning BLM as a “hate group” whose “race rioters burned buildings and terrorized communities” nationwide in 2020, and skewering its self-proclaimed Marxist leaders for their big-spending hypocrisy and cynical exploitation of white racial guilt.

One triggered HFPA member labeled Berk’s email “racist,” another “vile,” and a third called him “a thundering disgrace.” Member Rui Coimbra reportedly replied to Berk, “As a former HFPA President and still a strong and influential voice in the group, this is not the [type] of information you should be disseminating to HFPA members. Please remove me from any racist email you wish to send to the membership.”

Prior to Berk’s official expulsion from the HFPA, the organization released a statement damning Greenfield’s article: “The views expressed in the article circulated by Mr. Berk are those of the author of the article and do not — in any way shape or form – reflect the views and values of the HFPA. The HFPA condemns all forms of racism, discrimination and hate speech and finds such language and content unacceptable.”

The statement did not identify anything racist, discriminatory, or hateful in Greenfield’s article – but then, it didn’t need to; the mere fact that the article dared castigate the untouchable BLM was sufficient cause for the HFPA to hurriedly discredit it and distance itself from it. They must have found the article especially galling because the left regularly (and falsely) uses terminology like “racist hate group” to smear pro-American organizations like the Freedom Center, but they are unaccustomed to having it thrown back in their faces to describe anti-American radicals like BLM.

Webinar: The Left's War on the Family

Last Thursday evening I gave a webinar for the David Horowitz Freedom Center's FrontPage Mag website, on the topic, "The Left's War on the Family." The video is now up at YouTube. Check it out here or below: