What We Lost When We Lost Paul Walker 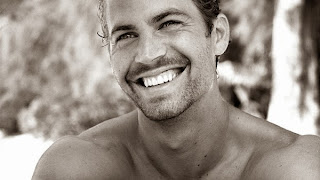 The entertainment world was stunned Saturday evening to learn of the untimely death of actor Paul Walker, only 40 years old, of the phenomenally successful Fast and Furious movie franchise. Ironically, the car enthusiast Walker and his racer friend Roger Rodas both perished when the red Porsche Carrera GT Rodas was driving lost control on a Southern California road, struck a tree, and burst into flames.

In response to the outpouring of shock and sadness from fans, Erin Gloria Ryan, news editor at Jezebel, thought she was making an insightful point about celebrity worship when she cynically tweeted, “None of you really love Paul Walker. You just love the IDEA of Paul Walker.” She is very wrong about that.

First of all, while I’m as critical as anyone of our sometimes irrational relationship with the famous, people often forget that celebrities are human beings too. Many of them are horrible human beings, it’s true, and that’s often how they got to be celebrities in the first place – not merely because they are talented but because they are almost maniacally self-centered as well, as opposed to talents who don’t have that obsessive drive to “make it” no matter how many little people they crush underfoot along the way.

Not all celebrities are monsters or mere carefully constructed media images. By all accounts, everyone who knew and worked with Paul Walker (including personal friends of mine) declare him to be a decent, good-hearted guy unaffected by the warping seduction of fame and fortune. He never misbehaved in the tabloids or starred in his own reality show train wreck. On his IMDb page, Walker is quoted as saying,

Some people say that you should go to all the parties, to the nightclubs, the Viper Room, and make contacts, and I look at them and say, “You don't want to have contacts with those people.” Look at what happened to River Phoenix [who died in 1993 of a drug overdose outside the Viper Room]. If you get caught up in that, it ruins you. Hollywood is garbage.

When entertainment figures die, studios typically release a standard, glowing official statement, but I believe Universal (the Fast and Furious studio) is not exaggerating when they say, “Paul was truly one of the most beloved and respected members of our studio family for 14 years.”

Second, movie fans aren’t all easily manipulated idolaters as Jezebel’s Ryan assumes. There are countless fans who loved Paul Walker not because he was a movie star, but because as movie stars go, he projected a humility and a genuine likeability that audiences recognized and to which they responded. I believe his Christianity contributed to that humble radiance:

I’m a Christian now. The things that drove me crazy growing up was how everyone works at fault-finding with different religions. The people I don’t understand are atheists. I go surfing and snowboarding and I’m always around nature. I look at everything and think, “Who couldn’t believe there’s a God? Is all this a mistake?” It just blows me away.

Third, the victims in Chile to whom Walker offered his help and support after suffering a devastating 8.8 magnitude earthquake in March 2010 no doubt loved him as well – not to mention the earthquake victims in Haiti where he flew with his humanitarian aid team Reach Out Worldwide. In fact, Walker had just left a Reach Out charity event when the fatal crash occurred.

Last but not least, Walker’s young teenage daughter Meadow, whom he had with an ex-girlfriend, no doubt loved more than just the “idea” of her father. She had come to live with Walker full-time this year and he expressed that he was making up for lost time with her: “She’s the best partner I've ever had. I’ve never had anything like this in my life,” he said. “I’m into being a dad. That’s where my focus is most of the time. I’m an actor – that’s my job, but it’s not my life.”

Sadly, his life was cut short, and the many friends and fans he impacted along the way will genuinely miss him, not the “idea” of him. “You know, all that really matters,” he once said in a Flaunt Magazine interview, “is that the people you love are happy and healthy. Everything else is just sprinkles on the sundae.” Rest in peace, Paul Walker.