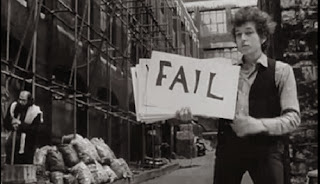 It’s been a big month for legendary singer-songwriter Bob Dylan. The electric guitar he played at the 1965 Newport Folk Festival sold at auction in New York for a record $965,000. A London gallery hosted an exhibition of seven wrought-iron gates that he sculpted. He was awarded France’s highest cultural award, the Légion d’Honneur, which puts him in the company of honorees such as Victor Hugo and Steven Spielberg. And to top it off, he found himself hit with criminal charges in that country for racial hate speech.

Just two days prior to France’s culture minister presenting Dylan, 72, with the Légion medal and calling him “a hero for young people hungry for justice and independence,” French magistrates pressed preliminary charges of public insult and provocation to racial or ethnic hatred against Dylan. The allegations stem from a complaint by a Croatian organization in France, which objected to comments by the singer in a 2012 Rolling Stone magazine interview.

According to an attorney quoted in the Wall Street Journal, convictions for such charges usually amount to fines of a few thousand euros, so Dylan’s not going to be guillotined for this; but nonetheless, it’s a serious and unsettling accusation for someone who was an iconic figure in America’s civil rights movement in the 1960s. In fact, he was discussing race relations in America in the Rolling Stone interview when he uttered the offending comment: “If you got a slave master or Klan in your blood, blacks can sense that,” he had said. “That stuff lingers to this day. Just like Jews can sense Nazi blood and the Serbs can sense Croatian blood.”

Oops. This rather unflattering comparison of all Croatians to Nazis and the KKK didn’t sit well with Vlatko Maric, general secretary of the Council of Croats in France, who filed charges. “I am surprised a man like Bob Dylan would make such comments,” he said, adding that his group would withdraw the complaint if Dylan apologizes (as of this writing, Dylan has made no public statement about it).

The demand for an apology is rather bold considering that Croatia has never to my knowledge offered an apology for massacring hundreds of thousands (the figure is disputed) of Serbs, Jews, Gypsies and others while allied with Nazi Germany during World War II. Rather than acknowledge that responsibility, they simply sought to punish Dylan for bringing it up.

It’s easy for Americans to take our freedom of speech for granted. We forget that the latitude we have to spout even our stupidest and most hateful opinions is greater than anywhere else in the world, and thank God for that. In many places, openly expressing yourself can lead to a midnight visit from the secret police. We’re accustomed to expressing what we think, no matter how offensive, without legal consequences – social consequences perhaps, but not legal ones.

When actor and short-lived talk show host Alec Baldwin let loose yet again with what Salon calls his “homophobic rage,” he was excoriated in the press and his MSNBC show was cancelled. But he wasn’t brought up on charges for inciting hatred against gays – nor should he have been. Once we begin criminalizing opinions and expressions that are repugnant to some or unpopular, free speech is over. This is one of the problems with enforcing speech codes – accusations of hate speech are too often used as bludgeons to silence politically incorrect ideas.

Does Bob Dylan owe the Council of Croats in France an apology? That should be between him and the Council, but thanks to Europe’s stringent speech restrictions, it’s in the hands of a court that has the power to punish him with a fine and a conviction of racism. That’s heavy, as they said in the 60s.