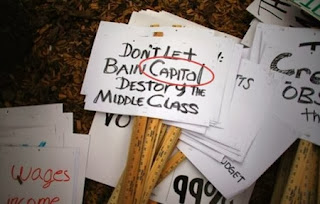 About 25 graduate students “of color” staged a sit-in in professor Val Rust’s UCLA classroom recently, alleging that there is a “toxic” racial climate in the Graduate School of Education & Information Studies. As partial evidence of that poisonous climate, they complained that the grammar and spelling corrections he made on their dissertation proposals are a form of racial “micro-aggression.”

The demonstration stemmed from a new report stating that UCLA’s policies and procedures don’t sufficiently address racial discrimination among the university’s faculty. The organizers alleged several examples, unspecified in the Daily Bruin article, in which minority students faced challenges and “micro-aggressions” from professors. Nora Cisneros, one of the sit-in participants, said they chose to protest Rust’s class because he doesn’t encourage “a climate where students of color can discuss issues of race openly.”

This seems a curious accusation, since one of his areas of teaching expertise is “ethnic issues in international perspective.” Several of Rust’s current and former students said they thought it was unfair to target him, because he is a supporter of intercultural learning, whatever that is, and that he was being used “as a scapegoat for much larger issues.” Grad student Emily Le said, “It is disturbing that students would make such unfounded accusations based on misperceptions of what they believe as racism.” Disturbing perhaps, but unsurprising considering that racism today exists wherever it suits anyone to see it.

Rust himself believes that the demonstrators have legitimate concerns and that the department should organize a town hall meeting “to begin a dialogue.” Perhaps that dialogue could begin by addressing why graduate students at a major university – in the Department of Education and Information Studies, remember – need to have their grammar and spelling corrected, and why that correction constitutes racism. Rust said, “I have attempted to be rather thorough on the papers and am particularly concerned that they do a good job with their bibliographies and citations, and these students apparently don’t feel that is appropriate.” They don’t feel it’s “appropriate” because they are exploiting their self-designated victim status as an excuse to avoid being held to the department’s stated high academic standard.

In case you’ve been blissfully ignorant until now of this term “micro-aggression,” the UCLA report defines it as “subtle verbal and nonverbal insults directed toward non-whites, often done automatically and unconsciously. They are layered insults based on one’s race, gender, class, sexuality, language, immigration status, phenotype, accent, or surname.” It was coined in 1970 by a psychiatrist to describe acts of racism so subtle that neither the “perpetrator” nor the “victim” is even fully conscious of what is happening. “The invisibility of racial microaggressions may be more harmful to people of color than hate crimes or the overt and deliberate acts of White supremacists such as the Klan and Skinheads,” writes Dr. Derald Wing Sue, author of the influential Racial Microaggressions in Everyday Life: Race, Gender and Sexual Orientation.

So, unconscious racism that goes unnoticed by both parties is more of a danger than actual lynching – got that? (If you want to see to what ludicrous degree this phantom threat can be carried, check out this McGill University op-ed  by the school paper’s Health and Education editor, Ralph Haddad. He accuses “Movember,” the annual month-long campaign in which men raise awareness of, and funds for, men’s health issues by growing mustaches, of “racist, sexist, and transphobic” micro-aggression.)

Apparently such micro-aggression is a greater concern among the race-obsessed left than the macro-aggression of, say, the “knockout game,” currently a trend among roving gangs of black youth who target random, unsuspecting whites or Jews with sometimes murderous violence. But never mind that; the outrage of these racist spelling corrections must be addressed.

Critics of this theory, such as Kenneth R. Thomas, PhD, of the University of Wisconsin–Madison, point out that it enforces a victim mentality by creating problems where none exist: “The theory, in general, characterizes people of color as weak and vulnerable, and reinforces a culture of victimization instead of a culture of opportunity.”

Another problem with the theory of racial micro-aggression is that it assumes whites – and only whites – are irredeemably racist even in their most casual, unconscious words or actions. They’re racist even when they’re consciously striving not to be. Nothing whites can do or say or think about race is ever good enough. They are expected to seek forgiveness for this by humiliating themselves in “white privilege” workshops, while other races openly express pride in their own colors and cultures. And they are not allowed to correct the grammar or spelling of non-white graduate students who should have mastered both before they left high school.

At the sit-in, victimized graduate student Cisneros read a letter written collectively by several students which described the class – and the grad school in general – as being “an unsafe climate” for “students of color.” Students took turns sharing their personal experiences. Alma Flores tearfully declared, “As a woman of color, I should not have to get up every single day to have my identity questioned… I am tired of it. I’m tired, and it hurts me so much.” (The Daily Bruin article about the protest is unclear as to how her identity is questioned every single day, or how she is unsafe.)

This is all, of course, an extension of the cultural Marxism of political correctness, the wielding of language as a weapon against the established order. “Islamophobia,” “Israeli apartheid,” “micro-aggression” – the radical left has a genius for such neologisms. The way to defuse these linguistic weapons is simply to refuse to legitimize them, and they will cease to have power. When Professor Rust corrects the grammar and spelling of insufficiently literate graduate students, for example, neither he nor the department nor the school should be cowed by trumped-up accusations of racist micro-aggression. The intellectual standards are the same for everyone – end of story.

Once we as a society stop submitting to the tyranny of feelings, as I call it – bullying by those who wrap themselves in a false mantle of victimhood – then we can get on to the serious business of combating racial macro-aggression and making our streets safe again.