More Books We Love – Just in Time for Christmas 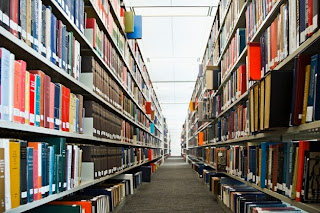 Inspired by my friend and Acculturated colleague R.J. Moeller, who recently  suggested a list of novels for your reading pleasure in 2014, and by the always thought-provoking  journalist and blogger Rod Dreher, who just posted his own handful of book recommendations in time for Christmas, I hereby submit four nonfiction books for readers in search of last-minute Christmas gifts for others (or themselves). In between making your way through R.J.’s novel-a-month reading schedule, you can’t go wrong by interspersing these entertaining, edifying titles among them. Not in any particular order:

In his recent What Jefferson Read, Ike Watched, and Obama Tweeted: 200 Years of Popular Culture in the White House, Tevi Troy examines how presidents have interacted with pop culture from our nation’s beginning to today, from the Founding Father bibliophiles to our own pop culture-savvy president, Barack Obama. Why should this matter to anyone? Because “how a president engages popular culture,” Troy writes, “tells us about the people who elected him, the changing nature of American politics and society, and the tension between high-, low- and middle-brow pursuits.” The book “is an exploration of how presidents have made use of a multiplicity of cultural pursuits… and how those pursuits have in turn shaped them and the nation.” Acculturated’s own Abby W. Schachter actually wrote about it here, and I reviewed it elsewhere, calling it a fun, light read, and eye-opening for anyone who dismisses the significance of pop culture in the grand political scheme of things.

Seven Men and the Secret of Their Greatness by Eric Metaxas addresses what it means (or should mean) to be a man today, in our era in which manhood is under siege. Written in a clear and engaging style, Metaxas asks what it takes to be an exemplary father, brother, husband, son. What does it mean to stand for values like honesty, courage, and charity, in a world that constantly tests your commitment to those values? Rather than lecture us directly, Metaxas profiles seven men whose lives serve as inspirational examples: George Washington, William Wilberforce, Eric Liddell, Dietrich Bonhoeffer, Jackie Robinson, John Paul II, and Charles Colson, who share one noble quality: “that of surrendering themselves to a higher purpose, of giving away something that they might have kept.” Yes, the book is about manhood but women too will benefit enormously from it, even if only by sharing it with the men in their lives. And yes, as you might expect from Metaxas, the book is infused with a Christian perspective, but not in a proselytizing way.

For a radical change of tone, if you’re not already a fan of Greg Gutfeld, host of Fox’s late night show Red Eye, you will be after reading his hilarious attack on political correctness titled The Joy of Hate: How to Triumph Over Whiners in the Age of Phony Outrage. “I see our country under attack,” says Gutfeld. “Not by offensive people like me, but by people who claim to be offended. By people like me.” He despises the hypocrisy of what he calls “artificial tolerance,” and urges that we “replace the idiocy of open-mindedness with a shrewd judgmentalism” [read: common sense] that rejects stupidity. In his aggressively sarcastic style, Gutfeld cuts through the nonsense and makes the truth laugh-out-loud entertaining.

(I’m looking forward as well to his new book coming out in March, Not Cool: The Hipster Elite and Their War on You, Gutfeld’s battle plan for “reclaiming the real American ideal of cool”: building businesses, protecting freedom, taking personal responsibility, and leaving other people to live “as they damn well please.”)

Last but certainly not least comes The Little Way Of Ruthie Leming: A Southern Girl, a Small Town, and the Secret of a Good Life by the aforementioned Rod Dreher. It’s about his late sister, a small-town Louisiana schoolteacher who was fatally stricken with cancer at the age of 42. Rod, the “city mouse” to Ruthie’s “country mouse,” describes this beautiful book best himself: “The luminous courage with which she met her death, and the way the people of my hometown walked with her until the very end, caused me to rethink the value of the life I left behind—and to return to raise my own children.” For a preview of that moving book, check out Acculturated’s podcast with Rod here.

If chosen from the heart, books make meaningful, sometimes life-changing gifts. Feel free to offer any nonfiction book recommendations of your own below…