Last Regrets of the Dying 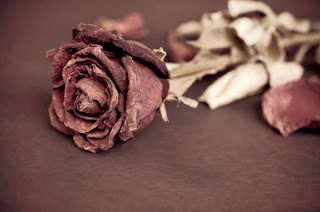 As we enter the holiday season and approach a New Year, it’s important to get our perspective straight on what is truly meaningful – before it’s too late.

Recently the Huffington Post reposted an article that has made the rounds of the internet for a couple of years, “The Top 5 Regrets of the Dying.” An Australian nurse named Bronnie Ware spent years assisting seriously ill patients in the last few weeks of their lives, and compiled their most common regrets in a blog post that went viral, then into a book of the same title. Below is that list and some of her comments, as well as thoughts of my own.

1) I wish I’d had the courage to live a life true to myself, not the life others expected of me.

The most common regret of all. Ware: “When people realize that their life is almost over and look back clearly on it, it is easy to see how many dreams have gone unfulfilled… due to choices they had made, or not made.”

Most of us live in blissful denial of our own mortality until it’s staring us in the face. Especially when we’re young, life stretches before us seemingly without end, and we assume we have both world enough and time. And then suddenly, our time is up, many of our dreams lie half-finished or not even begun, and we wish we’d lived our lives more fully.

But it’s important to cut ourselves some slack and realize that we’re all fallibly human and our time is finite. Not all of our dreams were meant to be, regardless of our choices. When we enter some doors, others close, and life throws us all unexpected curveballs – sometimes real game-changers.

This is primarily, but no longer exclusively, a male regret. Every male patient that Ware nursed “deeply regretted spending so much of their lives on the treadmill of a work existence. They missed their children’s youth and their partner’s companionship.”

This is perfectly understandable – on our deathbed, who wouldn’t look back and wish we’d spent less time at the office and more time enjoying life with our loved ones? But it’s unrealistic as well – unless we’ve inherited a fortune, working hard is what enables us to afford to have those families in the first place, to provide for them and take them to Disneyland now and then. We have to do what we have to do. But granted, it’s important to calibrate our priorities and find the best balance.

3) I wish I’d had the courage to express my feelings.

“Many people suppressed their feelings in order to keep peace with others. As a result, they settled for a mediocre existence and never became who they were truly capable of becoming.”

I suspect this is less of a problem for younger generations than for Ms. Ware’s aged patients, since we live in an age in which outspokenness to the point of offense is encouraged. But it’s true that suppressing your feelings leads to the twin cancers of bitterness and regret.

4) I wish I had stayed in touch with my friends.

Important, but rather self-explanatory. “Many became so caught up in their own lives that they let golden friendships slip by over the years. There were many deep regrets about not giving friendships the time and effort that they deserved.”

5) I wish that I had let myself be happier.

Surprisingly common. “Many did not realize until the end,” Ware writes, “that happiness is a choice.” Fear of change kept them stuck in a comfort zone of old habits and emotions, pretending to others and even to themselves that they were content.

Some of these may not apply to you – perhaps you’re good about maintaining friendships or have no trouble expressing your feelings – but there is a simple albeit morbid exercise to find out what regrets will apply to you if you don’t adjust the way you’re living now. Just envision yourself on your deathbed. Imagine your final hours slipping away and ask yourself, what do I wish I had done differently? Did my life count for something, or did I waste it? As much as possible, did I live my priorities on a daily basis?

This isn’t a call to simply “eat, drink, and be merry, for tomorrow we may die,” as the ancient Epicureans put it. Busying yourself with aimless, hedonistic activities simply because life is short is wasting your life as surely as if you simply vegetated in front of a television. Finding your purpose and living it is key.

When emperors once rode through the streets of Rome among throngs cheering them as gods, on the chariots with them were slaves who repeatedly whispered in their ear the memento mori, the reminder that the emperor is not divine but mortal and will one day die. Each of us is the emperor of our own life; remind yourself that you are mortal, and as much as possible, act in the present to avoid future regret, so that your final words may be, like John Quincy Adams, “This is the last of earth. I am content.”