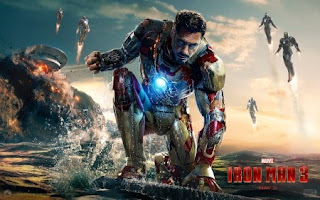 The Los Angeles Times reported Friday that terrorism is making a comeback in Hollywood films after a dozen post-9/11 years in which they shied away from dealing with a topic that studios deemed too sensitive. The report credits this new trend to filmmakers attempting to bring to their fictional films some “real-world relevance.” There’s just one problem: Hollywood’s terrorism is still devoid of real-world terrorists.

The Times article points out that the filmmakers of several of the summer’s blockbusters feel safe again to depict acts of terrorism: “collapsing skyscrapers, spaceships flying into densely populated cities and bombers run amok… With the terror attacks more than a decade in the past, they say they no longer have to worry about alienating audiences.”

First of all, terror attacks are not “more than a decade in the past.” Sure, they aren’t on the scale of 9/11, but America has continued to endure attempted and successful terror attacks since then, all the way up to the recent Boston bombing. As for alienating audiences, did it ever occur to those filmmakers that movies in which America proudly and unapologetically kicked Islamic terrorist butt might provide audiences with that tremendous collective catharsis that Aristotle noted was the aim of good drama? That movies which affirmed our freedoms and our superior cultural values – that’s right, I said superior –might have united, inspired and empowered those audiences? That such movies might have sent a message to the world that we are unbowed by barbarism?

Instead, when Hollywood did address the clash of civilizations in those post-9/11 years, it pumped out movies disapproving of the CIA and/or the wars in Iraq and Afghanistan. Every one of them reeked with the message of moral equivalence that we’re no better than the terrorists. Every one depicted our soldiers as PTSD-ravaged. Every one condemned our presence in Iraq as a Bush lie. And every one of those films about our clash of civilizations bombed, if you’ll pardon the pun, including Syriana, The Green Zone, Stop-Loss, In the Valley of Elah, Redacted, Brothers, Lions for Lambs, Rendition, The Kingdom, Body of Lies, and more. Why did they bomb? Because Americans don’t want to see movies loaded with those defeatist, self-flagellating messages. So Hollywood ended up alienating those audiences anyway.

“[Y]ou write about the times you live in,” said James Vanderbilt, screenwriter of White House Down, about an aspiring Secret Service agent protecting the president when the White House is taken over by – wait for it – domestic terrorists. “I was always fascinated with the idea of how you could take over the country — who would be able to do that,” said Vanderbilt.

I have a suggestion: if he wants to write about the times we live in, why not address credible, real-world enemies like Iran, Hezbollah, or al Qaeda and “its affiliates” (as President Obama calls them)? If he wants to imagine who could take over the White House, how about the Muslim Brotherhood, who traffic in and out of the White House now like it’s Grand Central Station? But he won’t because the truth is, too many in Hollywood are multiculturalist cowards who have already chosen to submit to Islam.

The latest Star Trek sequel is “about terrorism,” says the actor who plays Capt. Kirk, “about issues we as human beings in 2013 deal with every day, about the exploitation of fear to take advantage of a population, about physical violence and destruction but also psychological manipulation.” And yet the actor doesn’t explicitly make the obvious connection to those threats from Islamic fundamentalists. (In fact, nowhere in the Times article do the words “Islam” and “Muslim” appear in any form.)

Nor does Shane Black, director and co-writer of Iron Man 3, whose “ultimate terrorist” called “The Mandarin” “has this driving hatred for America which fuels his rhetoric with which he recruits these legions of followers.” Sounds like a clear stand-in for bin Laden or any number of Islamic terrorist leaders. And yet Black takes the safe route and makes his ultimate villain a vague fantasy figure.

In the new Superman reboot Man of Steel, director Zack Snyder said he was trying to evoke the 9/11 attacks “in a mythological rather than literal sense, using Superman as something like a therapist,” as the Times reporter puts it. “[Superheroes are] helping us understand the weird psychological and big horrible events that happen all the time,” Snyder said. “These guys deal with them in a dream-like way that makes it OK. A modern problem — a city getting destroyed — a superhero can help you understand that.”

Are we children who need to be coddled, who need help “understanding” “big horrible events”? During World War II Americans didn’t have to wrestle with the concept of Nazism or of Japanese imperialism in metaphorical terms. We didn’t have to undergo therapy to overcome our murky inner fears to confront those ideologies. We simply recognized them as evil and set out to eradicate them by laying waste to our enemies and their war-making capabilities.

As quoted in the Times article, Michael Taylor, chair of film and television production at USC’s School of Cinematic Arts, wishes filmmakers would use their platforms to explore “the root causes of terrorism” and its consequences. “Maybe there is a missed opportunity — where they can include an issue of positive social change in the narrative,” said Taylor, who also founded USC’s Media Institute for Social Change. “What can we be doing about terrorism, and how do we feel about it?”

How do we feel about it? This is typical touchy-feely nonsense from the left, whose first response to a terrorist threat is to blame America for it, then to organize a white privilege workshop or a gender-neutral drum circle to work out their deep-seated cultural guilt. Meanwhile Islamic terrorists – not Tea Partiers, not “anti-government types,” not angry vets, not anyone that Homeland Security considers a primary terrorist threat – continue blowing up children on our own soil.

Hollywood movies during WWII reflected an unconflicted confidence in our values and in the rightness of our purpose. Today, thanks in no small part to Hollywood’s deeply subversive cultural influence, it is our Islamic enemies who have that confidence, while America is paralyzed by navel-gazing, hand-wringing, moral confusion – and filmmakers who see their work as collective therapy rather than an inspirational call to arms.