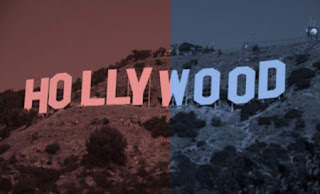 There was once a time when the counterculture realm of musicians, actors, writers, and other artists defiantly stood up to The Man. Today they eagerly line up to serve as emissaries of a Big Government agenda.

According to The Hollywood Reporter and The Washington Post, President Obama’s Rasputin – that is, senior advisor Valerie Jarrett – hosted a meeting Monday with a gaggle of actors, musicians, writers and producers who a White House official says have “expressed a personal interest in educating young people about” the laughably mistitled Affordable Care Act, otherwise known as Obamacare. You can bet these sycophants also have a “personal interest” in ingratiating themselves with White House power and basking in the glow of their Sun King, Obama.

Obama knows that young people are a demographic crucial to his program’s success; the White House estimates that of the approximately 7 million expected new enrollees in 2014, 2.7 million — or nearly 40 percent — of them will be young people. He also knows how to reach those people effectively, as he has always done – through pop culture.

Representatives from singer Alicia Keys, rocker Bon Jovi, and waning-but-still-influential media giant Oprah Winfrey didn’t personally attend, but sent representatives. Also present were reps from the National Academy of Recording Arts and Sciences, the Latin Recording Academy, the Grammys, and the Latin Grammys as well – naturally, since the White House wants to reach 10 million Latino voters who will qualify for Obamacare benefits.

“We're thrilled to work with the president and his staff to build a new marketing effort using the tools that Hollywood knows how to use best — reaching young people through social media, interesting content and authentic personal stories,” said Entertainment Advisory Council co-chair Eric Ortner, who helped organize the gathering along with Kal Penn and others. One of those “authentic stories” belongs to singer Derulo, who fractured a vertebra in his neck in 2011 while rehearsing for a tour. He told the group that his life was saved thanks to his health coverage. Right, because otherwise doctors would surely have just let him die.

“Young Americans overwhelmingly have chosen to get their news from sources other than traditional cable and news networks,” said Penn (no relation to Sean), by which he means, sadly, that young people get their news from sources like The Daily Show’s leftist comedy commentary. “And,” he continued, “they tend to overwhelmingly reject the divisive politics that dominate traditional coverage.” And that’s why Penn has been chosen for his White House job – because his acting skills enable him to keep a straight face while placing the blame for “divisive politics” on the media rather than on the actual source of it, Obama himself.

“For the first time in history,” Penn intoned, “young people tweeting and reading about the law and passing the benefits along to their friends through word of mouth is something that is unique to this generation.” Actually, what is even more unique to this generation is its wholesale willingness to embrace Big Government dependency and to feel self-satisfied while doing it.

Some who attended are already promoting the healthcare behemoth. Funny or Die and YouTube, as a White House spokesman said, are at work “on production for several web videos featuring well-known comedic celebrities and actors,” such as Will Ferrell, who has practically made a second career stumping for Obama.

Last month HH&S featured a panel called “Stayin’ Alive: The Truth About Obamacare,” which mixed “wonkish facts with Hollywood sizzle.” “We’re here this evening,” said HH&S Director Sandra de Castro Buffington in introducing the panel members, “because TV and film are powerful forces in raising awareness.” “Raising awareness,” by the way, is often Hollywood-speak for “indoctrinating the young masses.” “Both are mighty allies in providing accurate information and debunking myths,” said Buffington. It’s also useful in spreading disinformation and perpetuating myths, depending on the message and the messenger.

Ironically, Hollywood is shilling for Obamacare even though it’s about to hit Hollywood studios hard. Eric Belcher of Cast & Crew Entertainment Services says “It's a morass of regulations and requirements… and it wasn't written with this industry in mind.” Mark Goldstein of Entertainment Partners, which has held 16 seminars to help studios make sense of this morass, says: “It's going to be a very big deal.”

That’s because not only will Hollywood producers face hefty fines if they don’t correctly classify employees as full- or part-time, seasonal or variable – a task which is more complicated in Hollywood than it might seem – but Hollywood accountants are still trying to determine how much Obamacare will add to movie budgets. “Do I expect the cost of doing business to go up? Yes, I do,” says Mike Rose of Ease Entertainment Services. “[Obamacare] is on everybody's lips,” said one Hollywood payroll company rep. “Our clients need to know that the days of 100 percent employer-paid benefits at a certain executive level can no longer exist.”

An additional consequence: Hollywood has long struggled with the problem of “runaway production” of movies and TV shows filming in less expensive, less business-restrictive countries. Obamacare will likely exacerbate this.

Hollywood folk are capitalists at heart but desperate to prove themselves to be caring saviors. Usually, their affluence and celebrity largely shield them from the sometimes messy impact of their social engineering. But maybe not this time.