Is the Left Finally Wising Up? 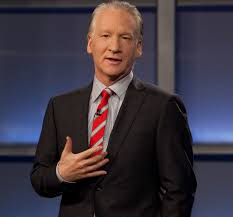 Is the Apocalypse upon us? Are we living in the End Times? What is the world coming to when fissures begin appearing in the left’s normally unified front, and some of the most prominent leftists in the entertainment world and academia begin openly espousing positions usually associated with the right, even going so far as to condemn President Barack Obama? Is the left finally waking up to their failed policies and leaders?

Pop music icon Madonna, for example, who in past performances has campaigned for Obama and equated President George W. Bush with Hitler, let slip an eyebrow-raising comment in an interview Friday with Good Morning America’s Elizabeth Vargas while promoting her latest concert tour. That show has come under fire, if you’ll pardon the pun, for the brandishing of fake guns as props.

When Vargas asked her if she would consider changing or deleting that aspect of the concert, Madonna said absolutely not. “That would be like asking people to not have guns in action movies,” she said. “I mean the thing is, guns don’t kill people, people kill people. That whole first section of the show is like an action movie, and I was playing a super vixen who wanted revenge.”

Hold on – guns don’t kill people, people kill people? That phrase is straight out of the NRA’s pro-Second Amendment playbook. Vargas then countered with recent examples in which the movie biz tried to be more sensitive to the issue of gun violence. “But I know there was [sic] several movies that delayed release because of the shootings, for example, at Sandy Hook Elementary school,” she said.

“Well that’s not going to change the situation,” Madonna replied. “This all comes from fear and ignorance, and people not really raising their children, or not paying attention to what’s going on.” It’s not clear what she’s saying here, but it sounds suspiciously like Madonna is touting individual responsibility, a notion verboten to the collectivist left.

Then purported comedian Bill Maher spoke with female Saudi Arabian filmmaker Haifaa al Mansour last week about the dismal results of the so-called “Arab Spring.” Said Maher: “The Arab Spring kind of turned into the Arab Winter.” Arab Winter? Conservatives have been using that line from the uprising’s very beginning. Maher admitted vaguely to “criticizing a belief system that turns people into something they wish they wouldn't be,” and complained that “American Muslims and liberals” just can’t wrap their minds around that:

Mecca is the capital of [Saudi Arabia]. And they routinely put people to death... the religious capital, and it’s equivalent to like the Vatican, right, with Catholicism. And, if at the Vatican, they were putting people to death for homosexuality and apostasy and, you know, adultery... I feel there would be a big outcry. I feel that liberals would be upset about that.

Of course they would. The left already irrationally refers to Christians here as “American Taliban” while turning a blind eye to Islam’s grotesque human rights abuses. By pointing out that hypocrisy, Maher is literally echoing the right.

Speaking of comedy, the unapologetically left-leaning, fake news program The Daily Show, normally hosted by Jon Stewart, actually began taking potshots at Obama. Last week guest host John Oliver contrasted the lackluster attendance at Obama’s recent speech in Germany with the enormous crowd present at the president’s first visit there in 2008, comparing him to a floundering TV network: “Losing 95 percent of your audience in just five years, that basically makes Obama the NBC of presidents.”

It’s not only show biz figures condemning Obama. Some of the left’s most revered academics, including Obama’s former friends and associates, are making eye-opening comments. A month ago, race-baiting radical professor Cornel West said in an interview that Obama is “just too tied to Wall Street. And at this point he is a war criminal.” Unrepentant Weather Underground terrorist and respected educator Bill Ayers himself declared in an interview last week that Obama should be tried for war crimes. The following day Noam Chomsky, the Godfather of Radical Academics, stated unequivocally that “Obama is running the biggest terrorism operation that exists, maybe in history.”

The right has been trumpeting these in the social media as examples that the left is finally beginning to “get it,” finally starting to recognize that their policies might not be working and that their man in the White House isn’t the Messiah they had hoped for. Is the optimism of conservatives warranted? Is the left finally showing early warning signs of wising up? In a word: no.

Madonna has at best sent mixed and hypocritical messages on guns. She has built a career on shock and controversy; for her, brandishing guns onstage is just another way to make herself “edgy” and relevant, particularly as she gets a concert tour underway. There’s no reason to assume that she has acquired any wisdom in her old age.

Maher has on numerous occasions been willing to call out Islam on its false reputation as “the Religion of Peace,” but he’s no friend to religion in general or to the right, nor will he ever be. Maher will never abandon the adulation of the hateful minions in his core audience, or risk getting himself banned from his regular haunt, the Playboy Mansion Grotto.

Likewise, Jon Stewart and The Daily Show will not betray their core audience of young lefties who consider him their most trusted news anchor. Yes, it’s notable when leftist comics finally begin teasing their own leaders, but conservatives shouldn’t begin toasting a 2016 election victory just yet.

Leftist academics may be willing to denounce Obama in terms they usually reserve for Republican warmongers, but their dissatisfaction is only evidence that Obama isn’t proving to be radical enough for them.

Obama may be hitting a few speed bumps, but he is far from being derailed, and we are a long way off from seeing mass defections from the left. The right cannot afford complacency.