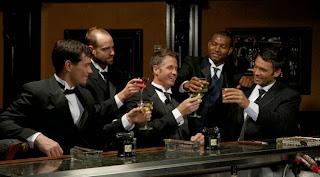 In its “Ideas” section online, Time recently posted “Men Are Obsolete,” adapted from Hannah Rosin’s opening statement at last November’s Munk Debate, itself entitled “Resolved: Men Are Obsolete.” Rosin is the author of The End of Men, a once-sensationalistic title which echoes those of other books in recent years like Manning Up: How the Rise of Women Has Turned Men into Boys and Are Men Necessary? All this tiresome talk about men being obsolete and unnecessary – can we stop pretending that it is a serious argument or that the idea is even provocative anymore?

The Munk Debates, held in Toronto, are a biannual series of conversations among notable figures about major issues like the economy and foreign policy. How such a tongue-in-cheek non-topic as “Men Are Obsolete” squeaked by, I don’t know – especially considering that even Rosin herself acknowledged this in her statement: “Are men literally obsolete? Of course not, and if we had to prove that we could never win.”

As Leslie Loftis points out in her devastating takedown of the event at The Federalist, the iconoclastic Camille Paglia, on the “Con” side of the debate, was the only participant whose argument had any intellectual weight and who attempted to address the issue seriously; the others, simply playing for laughs, floated condescending quips to a largely female audience that was so flattered into agreeing with the idea that woman have won the War of the Sexes that there was a 28% swing from Con to Pro in the audience opinion on the topic, according to polling – the biggest swing in Munk history.

Dowd, for example, the author of the aforementioned Are Men Necessary?, smirked: “So now that women don’t need men to reproduce and refinance, the question is, will we keep you around? And the answer is, ‘You know we need you in the way we need ice cream — you’ll be more ornamental.’” Adolescent taunts like that accomplish nothing except to prompt men to wonder if Maureen Dowd is necessary.

Part of her argument was that “it’s the end of men because men are failing in schools and women are succeeding... Many boys start falling behind as early as first grade, and they fail to catch up. Many men, meanwhile, still see school as a waste of time, a girl thing.” If “many men” see school – and I’m assuming she means higher education – as a waste of time, that’s because these days it largely is, for reasons that have nothing to do with men being lazy or unable to adapt. And if young boys are falling behind and losing interest in school (and they are), then it is because our current feminized educational system favors girls and is hostile to boys’ nature.

Oh, but there’s good news! “Obsolete does not mean worthless,” Rosin patronizes. “It means outmoded... We don’t have to turn men into eunuchs. We can keep whatever we like about manhood but adjust the parts of the definition that are keeping men back.” Gee thanks, much appreciated.

Though women like Rosin and Dowd unhelpfully want to couch them in terms of condescending jokes, there are serious gender relation issues today that radical feminism has exacerbated, not resolved, on both sides of the gender fence. Anyone paying attention to what real men and women are saying – not just smug elitists like Dowd and Rosin – can hear that there is very real anger and frustration and a divide between them like the Red Sea. If women have “won” anything it is a Pyrrhic victory.

Men aren’t going anywhere, and they’ve had enough of being dismissed. We’re all in this together, so let’s put an end to the insults and flippancy, drop the notion that the War Between the Sexes is one that can ever be “won” by either side, and start making sincere, respectful efforts to bring men and women back toward a shaky harmony.