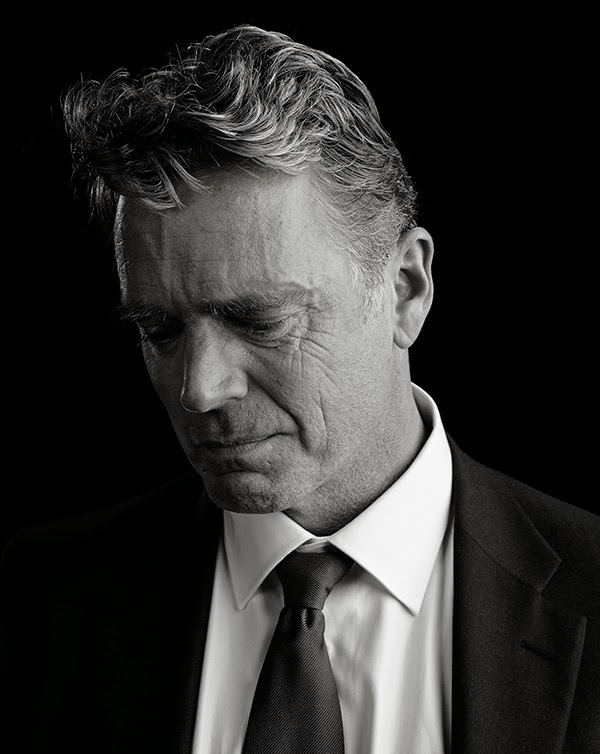 Photographer Jeremy Cowart enjoys the glitz and pressure and excitement of celebrity photo shoots, but laments that he never really gets to connect emotionally with his subjects. That changed in a big, unexpected way during a recent photo shoot for the cast of a Tyler Perry-produced show called The Haves and Have Nots.

One of the cast members is John Schneider, a television star known for his Dukes of Hazzard days in the early 1980s and as Superboy’s dad in Smallville during its 10-year run from 2001-2011. Cowart perceived John, like the rest of the cast that day, to be “extremely professional, humble and a lot of fun to work with. He was killing his portraits… smiling, goofing off and he even threw in several impressions of famous actors and presidents.” Cowart was “very impressed by his ability to light up the camera and have a good time.”

But once the session wrapped, John approached him and whispered, “Hey, can you sneak a few more portraits of me? There’s something going on and I just need a photo.” Cowart readied his camera as Schneider walked back on set – and immediately began weeping.

“He was so good at impressions that I thought this was another impression and I thought ‘wow, what an acting talent.’” But soon it became clear that the emotion was genuine. Cowart put his camera down and gave Schneider a hug.

“My Dad died about an hour ago,” the actor confided. “I found out during our lunch break. And I wanted you to capture that for me.” Then he went to the screen on which the portraits were displayed and pointed to the final one. “That’s it,” he said. “That’s my Dad.” Cowart was stunned into respectful silence.  Schneider left shortly thereafter to join his family. He later gave Cowart official permission to share this story and the portraits.

I’ve heard some say that posing for self-portraits is an oddly self-centered sort of tribute – what normal person would react this way to the passing of a loved one?

A similar criticism was directed many years ago at Eric Clapton for composing and performing “Tears in Heaven,” the gut-wrenchingly soulful song he wrote after he lost his young son in a terrible accident. Cynics pointed to the song’s success as evidence of Clapton’s “exploitation” of the tragedy. What those people didn’t recognize is that, put simply, artists express themselves through their art. As a songwriter, Clapton worked through his grief the best way he knew how: by seeking out the melody and lyrics that would give him the catharsis he needed and his son the tribute he deserved. “I almost subconsciously used music for myself as a healing agent,” he revealed in an interview, “and lo and behold, it worked... I have got a great deal of happiness and a great deal of healing from music.”

Schneider’s father, 83, was a former Air Force sergeant who ran an auto and aircraft upholstery business. The two had a very close relationship. “I’ve had a great dad,” he said. “I talk to him pretty often, although he lives in New York and I live in California. So we don’t go play golf every Saturday, ­although I’d really like that.” After his father’s death, Schneider said in a statement, “There is a hole in New York where my father used to be.”

I don’t know what was in John Schneider’s head and heart that day, but it seems evident that, like Clapton, he sought catharsis through his art. As an actor accustomed to baring his emotions on-camera, he strove not only to express his personal loss in Cowart’s images, but also to memorialize his closeness to his father in one particular portrait of himself that captured an almost mystical bond – the father in the son, and the son in the father: “That’s my Dad.”

“As a father myself,” Cowart wrote, “I wept for him. We all did that day.”