How to be a Gentleman – and Why 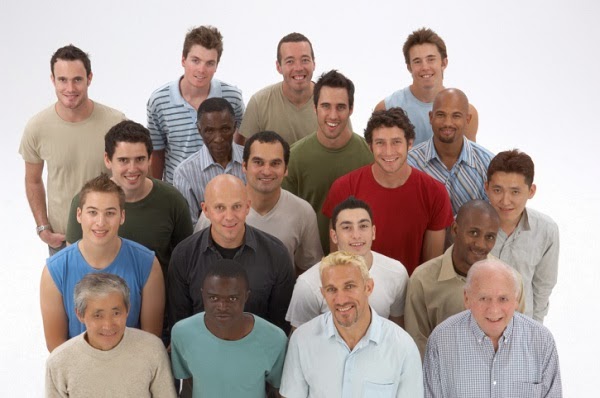 As 2013 wound down, Chelsea Fagan at Thought Catalog posted “24 Rules for Being a Gentleman in 2014,” a call for a revival of “The Age of the Gentleman — that semi-imaginary time we all have in our heads where men you actually wanted to sleep with wore fedoras and treated ladies like ladies.” I don’t think fedoras are necessary, but a renaissance of gentlemanly behavior? Long overdue.

However, 24 rules may seem like a daunting amount of work for apprentice gentlemen, and begs the question: In an age in which pop culture teaches us that bad behavior gets rewarded and quiet dignity gets ignored, why bother? In a time in which – Ms. Fagan aside – many young women take offense at being treated like ladies, what’s the incentive? Why be a gentleman?

Because being a gentleman elevates you above the mass of men around you. Not in the shallow sense that knowing how to order a drink with confidence makes you more suave than the other guys in the bar; but in the substantial sense that conducting yourself according to an honorable code of behavior sets you apart from the crowd and sets the standard for other men. It isn’t about your looks, the kind of car you drive, your financial standing, your education, or any other superficial factor; it’s about, if I may borrow from Martin Luther King Jr., the content of your character. And character, to borrow from Heraclitus, is destiny.

So what, then, is the gentleman’s code of behavior? Ms. Fagan’s 24 rules may have been a bit ambitious; while I agree with a few of her “ground rules for being a modern Cary Grant,” some are more about sartorial flair than behavior (“Do not be afraid of accessorizing”), some have nothing to do with being a gentleman (“Always put a little money away at the end of each month”), some strike me as very ungentlemanly (“Don’t be disdainful of selfies” – actually, you should; gentlemen and selfies do not mix), and some are a bit redundant.

So here is my own quick list of rules for gentlemanly behavior – limited to 8 off the top of my head and roughly in order – which I hope aspirants will find useful (Ms. Fagan does touch on a few of these in her list). They’re hardly original ideals – in fact, they’re rather old-fashioned, which is off-putting to many moderns, but they stand the test of time:

1.          Deal with people honestly and directly – no mendacity, no game-playing, no passive-aggression. People will be awed by this. Not to be confused with rude bluntness (see #4).

2.         Defend the defenseless – physically if need be, although it doesn’t usually come to that. A commanding presence is usually enough. Just in case, learn to throw a punch, handle a firearm, or best of all, wield a sword-umbrella as deftly as The Avengers’ John Steed.

3.         Honor women – and hold other men to that standard as well. By the way, this will irritate the sort of feminists who resent being accorded chivalrous treatment. But they’re in the minority anyway.

4.         Be courteous – Ever since MTV’s The Real World – with its tag line, “What happens when people stop being polite, and start being real” – young people have operated under the delusion that politeness is fake and rudeness is honest. Wrong. Courtesy is respectful behavior that distinguishes you from smug jerks.

5.         Be self-reliant – A gentleman should know how to take care of himself as well as others. Among other things, this means (as Ms. Fagan noted) knowing how to cook a few meals for yourself.

6.         Be modest – Arrogance is an automatic gentleman fail. Not to be confused with timid.

7.         Learn self-discipline  – A wise man – the principal of my Catholic high school – once impressed upon me and my classmates that if you aren’t in control of your animal instincts, you’re not a man. A gentleman masters his impulses.

8.         Dress to impress – I wrote earlier that dress is less important than behavior, and it is; but making yourself presentable is an indication that you respect yourself enough to care about your appearance, and that you respect others enough not to be a slob around them.

That’s enough for now, but that’s plenty, and there’s much more that could be said about each. These 8 alone may seem even more daunting than Ms. Fagan’s entire 24, since this is admittedly a very demanding set of responsibilities. In fact, no man can live up to these rules all the time. Falling short of ideals doesn’t make you a hypocrite, however; it makes you human. But a daily commitment to living by such a chivalrous code will make you a gentleman – with or without a fedora.