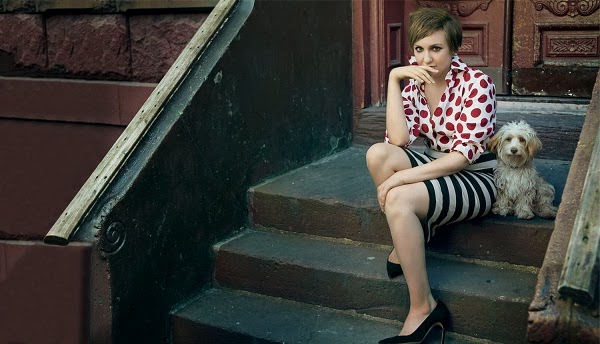 “Everybody’s beautiful, in their own way,” the Grammy-winning but ungrammatical Ray Stevens sang back in 1970. A lovely sentiment, but to say that everyone is beautiful means that no one is beautiful. I think even Stevens knew this, which is why he added the wishy-washy disclaimer, “in their own way.” The harsh truth is that every culture has a standard of physical beauty against which all are judged. In our time, the fashion industry is under fire for pushing an impossible standard, but the truth is more complicated than that.

Hoping to whip up outrage over the industry’s photographic manipulation of the female form, the radical feminists at Jezebel recently offered $10,000 for Vogue’s unretouched photos of Girls star Lena Dunham from a recent shoot. Someone wasted no time forking them over, and Jezebel used them to deconstruct the magazine’s artful depictions of Dunham, who is notoriously dumpy by Paris runway standards.

In her response to the fizzled controversy, Dunham no doubt ruffled feminist feathers further by rolling out an inconvenient truth:

but no matter how fantastic the clothes or the setting or the lighting, the people in these images are real — and yet Vogue has to take the reality of a human being's body and make it part of the fantasy too. It's escapism, absolutely, but the message is clear: while you dream of wearing that gorgeous dress, you should also dream of physical perfection as defined by Vogue.

That is the fantasy because women fantasize not merely about luxuriating in beautiful clothes and fancy places, but about being beautiful themselves as well. As Dunham suggested, “realistic” women don’t want to see themselves in haute couture; they want to see their idealized selves in haute couture, which is why the industry’s tentative efforts to use “realistic” women in advertising have met with mixed results at best. This is simply human nature, not fashion industry brainwashing, and it goes for men as well, which is why the “unnatural body norm” of David Beckham is a successful male model and a “realistic” guy like, say, Jonah Hill is not.

This is not to say that the fashion industry, which is rife with people (both male and female) who hate women, doesn’t go too far. Recently I wrote for Acculturated about a fashion magazine that ludicrously tweaked its cover photo of actress Jennifer Lawrence because apparently even she wasn’t slender and beautiful enough for the misogynistic editors. Unhealthy standards of beauty and the impact of the fashion biz on young girls’ body issues are legitimate concerns.

But Lena Dunham’s point is also well taken: the industry creates fantasies in which we are complicit because we enjoy them, because they inspire us, because we yearn for beauty even when it is unattainable. Some may dream of an egalitarian time when standards of beauty will be so inclusive that everybody’s beautiful, as Ray Stevens sang; but meanwhile, rather than march on Vogue with torches and pitchforks, let us enjoy the fashion fantasy while refusing to be enslaved by it.