The Weirdest Things About America 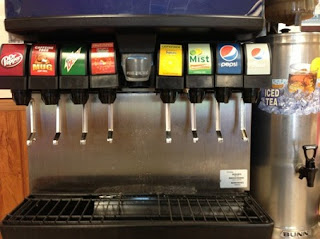 Beset as we are by the gloomiest, doomiest economic forecast in living memory, if not since the Great Depression, it’s easy to forget or take for granted the blessings America offers its citizens and immigrants. So it’s occasionally helpful to get a foreign perspective – like that of Mumbai-born Aniruddh Chaturvedi.

After two years in the U.S., Chaturvedi, a computer science major at Carnegie Mellon University in Pittsburgh, found certain aspects of American society weirdly surprising; he jotted down comparisons and contrasts with his native India, which were then posted online last week at Business Insider (which also links to a previous, similar post by Chaturvedi elsewhere last year). His observations, while subjective, highlight some positives for which Americans should be proud and grateful.

Prominent among the things that shocked Chaturvedi was his experience with food – “the pervasiveness of fast food and the sheer variety of products available,” for example. “The typical supermarket has at least a hundred varieties of frozen pizza, 50 brands of trail mix, etc. I was just astounded by the different kinds of products available even at small gas station convenience stores.”

The abundance didn’t end there. “American serving sizes are HUGE!” although “Americans waste a lot of food and a lot of money on their obsession with coffee,” lining up in Starbucks every morning for a $6 mocha grande. Not to mention the fact that “the concept of virtually unlimited soda refills was alien to me, and I thought there was a catch to it, but apparently not.”

Hand-in-hand with that abundance is an “over-commercialization of festivals,” which exists in India, “but America takes it to a whole new level. Black Friday, Cyber Monday, etc., and an almost year-round sale of Christmas, Halloween, Easter, etc. items.”

At work in the tech field, Chaturvedi found that “everyone is highly private about their accomplishments and failures. Someone’s performance in any field is their performance alone. This is different compared to India where people flaunt their riches and share their accomplishments with everybody else.” And yet he encountered a surprising willingness to offer patient guidance: “People will sit with you patiently till you get it.” He observed the same attitude in school: “Students were highly collaborative, formed study groups, and studied/did assignments till everyone in the group ‘got it.’”

To Chaturvedi, this pointed to “strong ethics — everyone has a lot of integrity… People take pride in their hard work and usually do not cheat. This is different from students from India and China as well as back home in India, where everyone collaborates to the extent that it can be categorized as cheating.”

He admired our emphasis on outdoorsy physical fitness — biking, boating, hiking, camping, barbecuing, etc. “Americans take pride in the natural beauty of their surroundings and tend to make the most of it.” Unlike in India, “the U.S. flag was displayed everywhere: I was surprised to see that it is displayed in schools, on rooftops of houses, etc.” We show “support towards the LGBT community”; and interestingly, “girls are not very promiscuous, contrary to most Hollywood films.”

Socially, Chaturvedi was struck by “an almost-classless society: I’ve noticed that most Americans roughly have the same standard of living,” and “everybody shops at the same supermarkets, malls, stores, etc. I've seen plumbers, construction workers and janitors driving their own sedans.”

“Almost every single person in America has access to basic food, clothing, water and sanitation,” he noted. “I haven't been to states like Louisiana [hit hard by Hurricane Katrina] and cities like [bankrupt] Detroit, but from what I can tell, nobody is scrambling for the basic necessities required for sustenance.”

There is poverty in America, of course, but overall it is mild compared to the crushing poverty in other parts of the world, like Chaturvedi’s homeland. And there are far more options for poor people here to receive assistance from the government and private charity. Not only that, but the lack of a rigid class structure means that the poorest American can theoretically work his way out of poverty into success. At the risk of sounding insensitive, even the American poor are by and large more blessed here than anywhere else.

An abundance of affordable goods and food. The freedom for economic and social advancement. Individual pride and team effort. An appreciation for our natural resources and the leisure to enjoy them. Patriotism. Tolerance. With these qualities in mind, it seems appropriate that Chaturvedi ended his earlier post with a link to the hilariously unapologetic, pro-liberty, pro-capitalist anthem from the movie by the libertarian South Park satirists, Team America – World Police: “America, F___ Yeah.”