Should Museums be More Entertaining? 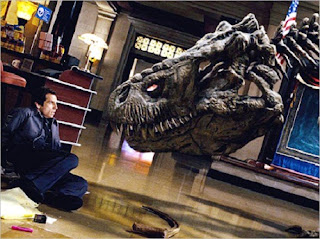 James Durston at CNN Travel recently penned the thought-provoking piece, “Why I Hate Museums,” in which he lamented that the hallowed institutions have become musty old tombs for objects that too often lack a human connection. They’re “like libraries,” he writes, “without the party atmosphere.” He proposes a notion heretical to many: that it’s time to find ways to make museums more engaging, perhaps even – gasp! – entertaining.

Durston loves museums and acknowledges that they are invaluable: “They provide an umbilical link between our planet and our history to the future.” He doesn’t question their educational and economic benefits. But their current setup is “anathema to an engaging experience.” Visits there provoke in him “a shrug of ennui.” How uninspiring it is, he complains, simply to wander from notecard to notecard that dryly read, for example, “‘Vase: Iran; circa 15th century’… as if this is all I need to know.” Where’s the vitality, he wonders, the “theater,” the “joy” in all these vast collections of totemic fragments of human endeavor?

He may be in the minority; statistics show that museum attendance was up in 2011 and 2012 in the United States (and around the world) despite our struggling economy. But he has a point about the funereal ambience (apart from special exhibits); after all, you can’t spell “mausoleum” without “museum.” His description of the typical museum atmosphere – “Their cavernous rooms and deep corridors reverberate with the soft, dead sounds of tourists shuffling and employees yawning” – is all too familiar.

He points out that many museums have programs and displays, some interactive, that spark the curiosity and excitement of children – why not for adults? Why should “the significant majority of museum-goers be subjected to stiff, dry, academia-laced presentations as if fun were a dirty word?” Instead of tours led by bookworm-y docents or impersonal audioguides, Durston wants to feel “the ghosts of the past grab me by the hand and walk me around.” He wants the history to come alive. “Give me a story,” he pleads.


Some would argue that adults shouldn’t need the same enticement as children, and that interactivity with museum artifacts is not possible or advisable; but I think he’s right that museums might get a fresh infusion of life – and visitors – by rethinking their traditionally staid presentation.

Durston’s provocative piece garnered nearly 390 comments as of this writing. Many readers took umbrage at his Philistine suggestion that museums should dumb down or go Hollywood, perhaps ending up with something like Night at the Museum. “I think this person lacks the intelligence and attention span to appreciate museums,” read one of the more polite comments. “This azzhat is actually a travel producer for CNN,” read one of the less polite comments. “Perhaps he is more suited to watching a YouTube video of someone’s genitals being struck by a soccer ball,” read a comment which was “liked” over 360 times.

Such commenters drew an inviolable distinction between highbrow and lowbrow cultures: “It seems like the author wants to go to a museum and be entertained, not enlightened… Expecting a museum to entertain you is no different than expecting a movie like The Expendables to educate you.”

That commonly-held but artificial distinction is the problem Durston is trying to address by suggesting that the line between education and entertainment should be blurred. There is “a climate of snobbery surrounding this whole industry,” he says; perhaps that snobbery needs to break down in the same way that the formerly snooty appreciation of wine has become more accessible to the “average” drinker in recent years, a shift which has been good for both the wine industry and its customers.

That breakdown may already be underway. As a 2012 Global Attractions Attendance Report notes, museums are competing for people’s time and money with a variety of other commercial attractions (like theme parks), and as a result are increasingly beginning to focus on the museum “experience, operations, and marketing in ways that mirror those other attractions.”

No one wants to see museums become circuses, or to have one’s reverent immersion in the past be overwhelmed by a carnival atmosphere; but finding creative and respectful ways to make the museum experience more engaging will transform the industry for the better.