The Mindset List: What the Next Generation Thinks is Normal 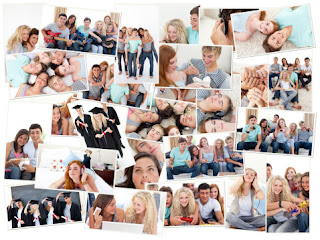 “Every year at school,” teachers say, “we get older but the students stay the same age.” The corollary to that is, every year the teachers’ cultural frame of reference stays the same but that of the students changes. As every new generation enters college, they bring with them a new set of assumptions shaped by a brave new world that is not the one in which the professors grew up.

Ron Nief and Tom McBride decided that it’s useful for professors to educate themselves about what their students consider normal – the reality that they take for granted – in order to adjust their own cultural references and find common ground with the beginning freshman class.

In 1998 Nief, Emeritus Director of Public Affairs at Beloit College in Wisconsin, and McBride, Beloit English professor and Keefer Professor of the Humanities, fashioned a “Mindset List” of what has “always” or “never” been true for entering first year college students, as a window into their world view. They began with the members of the class of 2002, born in 1980, and have produced a new list every year since.

“What started as a witty way of saying to faculty colleagues ‘watch your references,’ has turned into a globally reported and utilized guide to the intelligent,” says the Mindset List website. It is read by thousands, reprinted in hundreds of publications, and even led to a book, The Mindset Lists of American History: From Typewriters to Text Messages, What Ten Generations of Americans Think is Normal.

And what are the assumptions that constitute the world view of the “digital natives” of the Class of 2017? Nief and McBride list 60, among them:

As they started to crawl, so did the news across the bottom of the television screen.

Having a chat has seldom involved talking.

Their TV screens keep getting smaller as their parents’ screens grow ever larger.

Rites of passage have more to do with having their own cell phone and Skype accounts than with getting a driver’s license and car.

With GPS, they have never needed directions to get someplace, just an address.

They have never attended a concert in a smoke-filled arena.

Their favorite feature films have always been largely, if not totally, computer generated.

They have never really needed to go to their friend’s house so they could study together.

They have always been able to plug into USB ports.

Their parents’ car CD player is soooooo ancient and embarrassing.

The bigger picture that such random observations suggest, though, is that these annual waves of students arrive out of the shallows of an America increasingly obsessed not just with the new, but with the immediate. Thanks in part to a decline in the standards of American K-12 education, the students’ cultural touchstones are no longer the shared eternal wisdom of Shakespeare, the Bible, and the classics, but the self-referential ephemera of Twitter, YouTube, and the appropriately named Instagram. College will be the last chance for many of them to be drawn out of their social media networks long enough to get a liberal arts exposure to the cultural traditions of our own civilization.

Hopefully the lessons of The Mindset List will enable the professors who absorb them to find a way in their classes to “Make It New,” as the poet Ezra Pound said – the “it” being that which is valuable from the culture of the past. If the Class of 2017 graduates having had their “normal” world view broadened by a grounding in that, then those professors will have done their job. If not, then those students will drift unmoored into the future.