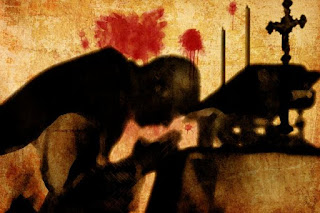 In a recent FrontPage Mag article, Shillman Fellow Raymond Ibrahim noted that a new study found that more than half (54%) of the Americans surveyed believe religious freedom is eroding in the United States, and an even larger number (59%) believe that the treatment of Christians and intolerance for their beliefs are getting worse. This echoes the warnings of journalist Rod Dreher, author of Live Not By Lies: A Manual for Christian Dissidents, who insists that the “soft totalitarianism” already here in America will inevitably lead to increasingly harsh persecution of the Christian community. That community, Dreher urges, needs to prepare itself accordingly, even for the possibility of martyrdom.

Unfortunately, many Christians in America suffer from an “it couldn’t happen here” naiveté and the sort of complacency that generally afflicts the affluent, free West. Too many of us are unaware – because the overwhelmingly secular mainstream media largely ignores this crisis – that Christianity is the most-persecuted religion worldwide. The shocking reality for Christians in regions where the powers-that-be are violently hostile to them should not only galvanize us into taking action to help those victims, but also wake us up to the growing threat here at home. It must be stressed that this is an issue that impacts all of us who value the right of religious freedom, not just Christian believers.

To gain an eye-opening understanding of the dire circumstances for Christians around the world, the Family Research Council has released a necessary new book by my friend Lela Gilbert, Arielle Del Turco, and retired Lt. Gen. Jerry Boykin titled Heroic Faith: Hope Amid Global Persecution.

Lela Gilbert is a prolific and award-winning writer who has authored or co-authored more than sixty books, including the critically-acclaimed Saturday People, Sunday People: Israel through the Eyes of a Christian Sojourner, which was listed as one of the 20 best non-fiction Jewish books of 2012, and more recently, Baroness Cox, Eyewitness to a Broken World, released in November 2021. She serves as Senior Fellow for International Religious Freedom at Family Research Council and as a Fellow at the Hudson Institute, working with the Center for Religious Freedom. She writes for Newsweek, Jerusalem Post, Fox News, and elsewhere.

I posed some questions to Lela about the new book.

Mark Tapson: Lela, thank you and your co-authors and the Family Research Council for putting this important book together. In a Western world in which Christianity seems to be more and more diminished as a civilizational force, it can’t be stressed enough not only that Christians are suffering global persecution, but also that many of those Christians are demonstrating inspirational resistance, some at the cost of martyrdom. That’s the “heroic faith” in your title, of course, and the instances of it that you write about should shame us in the comfortable West to do more to support them.

Can you give us an example of heroic faith from the book?

Lela Gilbert: General Boykin, Arielle Del Turco and I sincerely hope our readers will be inspired by stories of brave pastors, faithful teenagers, and countless unnamed heroes who protect and encourage the persecuted despite the dangers. And I think readers will quickly notice that one shining example of heroic faith continues to repeat itself throughout our book. It is an amazing dynamic of boldly courageous women and men, young and old, who have chosen to move beyond lifeless, inherited religious systems, and step into a new, vibrant life in the Christian faith. They do this knowing full well that they’re likely to be shunned, persecuted and perhaps even killed for their decision. And yet – heroically – millions are making that life-changing faith decision every day.

MT: Why should we in the Western world care about supporting and defending religious freedom, or the lack thereof, in far-flung places like North Korea or Afghanistan?

LG: The earliest Christian writings explain to us that believers all belong to “one body,” no matter how distant we may physically be from one another. And with that in mind, one particular biblical passage instructs us to “Continue to remember those in prison as if you were together with them in prison, and those who are mistreated as if you yourselves were suffering.” (Heb 13:3 NIV). Although we are now spread across a vast global community, we remain united into one spiritual body of Christians, joined together by “one faith one baptism, one God and Father of all,” and thus by admonitions to pray for one another. That’s how faraway Christians’ struggles become our struggles as well.

MT: Can you elaborate a little on the story of Leah Sharibu, one of the Nigerian girls infamously kidnapped in 2019 by Boko Haram? She remains in their custody even today because she refuses to convert to Islam. You even met with Leah’s mother to discuss her situation. What’s Leah’s story?

LG: Leah Sharibu is shining example of the faithful teenagers I mentioned earlier. At just fourteen years old, she was among some 100 Nigerian schoolgirls who were kidnapped by the Islamist group Boko Haram in February 2019. It was a violent attack, and a few girls even died in the back of a truck during the brutal ride to the terrorists’ outpost. In the days that followed, the fanatical kidnappers demanded that each of the girls declare her faith in Islam. Repeatedly Leah refused, and thus she became the only captive not released a few weeks later.

Today, after more than four years and despite international appeals, Leah remains in captivity. No one knows her present circumstances, although there are reports that she has given birth to two children fathered by her captors. As her heartbroken mother says, “Leah did an amazing thing by refusing to renounce Christ and I’m proud of her. I’m not sure if I was in her position at 14-years-old that I would have done what she has done.”

MT: Your book addresses global religious persecution in the Middle East, Asia, Africa, and Afghanistan. Is there one country or region in particular where it is currently most dire?

LG: It’s true that there are myriad sites of harsh persecution – North Korea, Iran, Pakistan and Nigeria quickly come to mind. But, according to Open Doors World Watch List, one somewhat unexpected country has emerged as the world’s number one persecutor of Christians: Afghanistan. This came as a shock to many of us because we’d never heard about an existing Christian community in that strictly Islamist society. But, as we’ve since discovered, there is vibrant underground Afghan church comprised of thousands of believers – virtually all converts from Islam.

Meanwhile, in the eyes of the ruthless Taliban rulers, conversion from Islam is designated as “apostasy” and demands a death sentence. So once the names of Christians are exposed, they are ferociously sought out, targeted and executed, often brutally. Ongoing rescue efforts continue, but the process is costly and extremely dangerous.

MT: Despite persecution, Christianity has expanded rapidly in China since 1980 and it is estimated that by 2030 the country will have more Christians than any other in the world. What does it say about Christianity that it always manages to flourish even in countries where it is targeted for persecution?

LG: It is often said that “the blood of the martyrs is the seed of the Church.” And although that may not always be the result, it is true that despite decades of vicious persecution, today’s Chinese Christians reportedly outnumber members of the Chinese Communist Party.

Meanwhile, we hear multiple reports from across the Middle East about widespread conversions from Islam to Christianity, particularly in Iran.  Specific stories, of course, cannot be publicized because of the risk of arrests, imprisonment and even death. But in these troubling times, in every corner of the world, there continues to be a deep spiritual craving for an alternative to hatred and violence; a hunger for authentic, unconditional love. And that is the message of Jesus. Meanwhile, His promise of eternal life is deeply meaningful to those in places where deadly dangers prevail.

MT: Your book is a necessary reminder that, even in international crises that seem far removed from the ability of the average American to help, our actions matter. What are a couple of steps each of us can take to make a difference?

LG: Even though it’s not always evident in news reports, America continues to have powerful influence in the world. But in order to be “a voice for the voiceless,” we first need to keep ourselves informed about the conditions Christians are facing in other regions. We can find this information through international organizations that work on behalf of the persecuted and provide updated newsletters, such as Open Doors, Voice the Martyrs, International Christian Concern and others. That way we are equipped to persistently contact and remind our elected officials about the dangers Christians and other religious minorities face in specific countries.

Of course, any effort we make in the face of worldwide anti-Christian persecution will require persistent action and patient perseverance to succeed.  But above all else, “prayer without ceasing” is indispensable.