CNN Frets That Children Are Being Brainwashed – by Conservatives 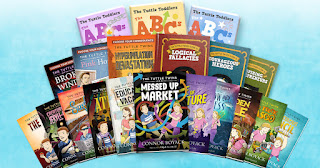 Hundreds of righteously concerned parents gathered recently outside the Walt Disney Company’s Burbank, California, headquarters to protest the corporation’s woke stance on gender ideology. The following weekend, Moms For America hosted a rally at Florida’s Disney World for the same reason. Now a mainstream media outlet has finally chimed in to warn its readers about the insidious political indoctrination of children – by conservatives.

CNN’s website recently featured an opinion piece by Nicole Hemmer titled, “The right-wing children’s entertainment complex is upon us,” which attempts to discredit conservative efforts to counter the leftist brainwashing of children that is widespread throughout America’s schools and the entertainment industry. Hemmer, an associate research scholar at Columbia University with the Obama Presidency Oral History Project and the author of Messengers of the Right: Conservative Media and the Transformation of American Politics, paints such efforts as paranoid, cynical, exploitative, insular, and bigoted, while pretending the culture war being waged on impressionable young minds by the left is nothing more than a right-wing fantasy.

The essay is couched in phrasing which suggests that conservatives are “hand-wringing” about nothing (“conservatives claim”; “what the right sees as liberal indoctrination”; “supposed liberal indoctrination,” etc.). She never acknowledges that parents have legitimate concerns about identity politics being inculcated in schoolrooms and through children’s entertainment programming. Instead, she implies that the rise of conservative alternatives to such cultural Marxism stems from paranoia and greed.

As an example, she cites the successful Tuttle Twins series of libertarian children’s books which, according to its website, “teach students the values of a free society—ideas that support your family values” [emphasis in original] and which “help children develop critical thinking skills about real-world concepts” like the free market. That sounds like a breath of fresh air compared to America’s current scholastic environment, where devout social justice activists masquerading as educators sow racial division and gender confusion among schoolkids as young as kindergartners.

Hemmer goes on to mention the "Heroes of Liberty" series for middle-schoolers (biographies of conservative icons like Margaret Thatcher), the Brave Books series authored by prominent conservatives like Dana Loesch, history-for-kids books by the late Rush Limbaugh, and what Hemmer calls “an array of anti-trans books.” (They are not “anti-trans,” but if you oppose the current leftist push to encourage gender confusion in vulnerable young minds and even assist children in mutilating their bodies against parental opposition, you obviously must be a transphobic bigot.)

Hemmer points to the growing success of this trend as evidence that “many on the right know that it’s not just good for their politics, but their pocketbooks, too.” Nowhere does Hemmer mention that the authors profiting most handsomely from the political indoctrination of children are on the left, such as mega-bestselling race hustler Ibram X. Kendi, author of Anti-Racist Baby, which teaches your baby to be racist. Kendi (whose real name is the much less-exotic Ibram Henry Rogers) rakes in at least $25,000 per speaking engagement to tell white audiences they are racist, especially if they think they aren’t racist. He was recently paid $45,000 by the University of Wisconsin-Milwaukee to train faculty and students how to be anti-racist – meaning, how to view themselves and literally every aspect of society through a racial lens. It sounds like Kendi’s work is pretty good for his pocketbook too, but Hemmer would have you believe greed is a right-wing phenomenon.

Hemmer doesn’t address the obvious point that the reason such alternatives are finding success is because there is a massive, under-served audience among parents and children for alternatives to the Left’s divisive indoctrination. She notes instead that these alternatives “coincide with the current right-wing attacks on schools and children's entertainment that conservatives claim are sites of political and sexual indoctrination.” [Emphasis added] In fact, conservatives are not attacking schools or children’s entertainment – we are protesting the “fundamental transformation” (as Barack Obama would put it) of those arenas into indoctrination mills that churn out social justice cultists devoid of critical thinking skills.

As other examples of this burgeoning cultural threat from the Right, she also cites PragerU “as a right-wing alternative to the rest of higher education” and radio host Dan Bongino, who exhorts his listeners to build “a parallel media economy.”

She doesn’t explain that the reason PragerU has exploded in internet popularity is because what she calls higher education has degenerated over the decades into anti-Western political conformity. Colleges and universities are now safe spaces for the woke where conservative students are demonized and literally targeted by mobs that rival the Chinese Red Guard in vicious ideological fervor; where conservative viewpoints are shut out by biased professors; and where the West’s extraordinary cultural legacy is trashed as racist oppression. PragerU is one of a rising number of alternatives where young people can hear a viewpoint they will never hear in college classrooms.

As for Bongino and “a parallel media economy”: Hemmer fails to note that conservatives have to resort to creating their own economic network in order to thrive financially because their channels on platforms such as YouTube are demonetized by woke totalitarians.

“Right-wing media aimed at children today is… an effort to develop a fully separate and comprehensive entertainment industry,” Hemmer continues. “The goal is to seal conservatives' children off from a broader culture, to protect them from supposed liberal indoctrination by getting a head start on conservative indoctrination.” [Emphasis added]

Hemmer is right – to a certain extent. The aim of right-wing media today is not so much to isolate children from the broader culture as to cultivate a parallel culture which reflects our own values that honor the True, the Good, and the Beautiful, because the “broader culture” that Progressives have shaped over the last half-century is irredeemably toxic. Neo-Marxist to the core, the broader culture is anti-family, anti-American, anti-Christian, anti-Constitution, anti-liberty, anti-science, and anti-truth. It surpasses Sodom and Gomorrah in its demonic decadence, and it is headed toward surpassing Stalinist Russia in its determination to eradicate anyone and anything that does not conform to its totalitarian worldview.

Nicole Hemmer's CNN piece concludes that “we can expect to see more fights over schools and cartoons and board books for toddlers and more invocations of ‘brainwashing’ and ‘grooming’ as well.” She is correct about that as well. Because while we build that thriving, parallel culture, there will be more fights over the Left’s agenda to sexually and ideologically indoctrinate our children. Conservatives have finally had enough. To paraphrase Network's Howard Beale, we’re mad as hell and we’re not going to take this anymore.