What’s Behind Upworthy’s Success? The Answer Will Make You Cry 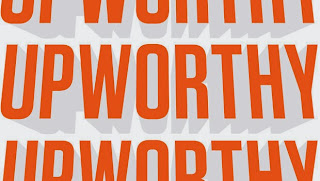 As if the internet weren’t already such an infinite time suck, along comes a website that targets curious, ADD-addled procrastinators such as myself with blatant but ridiculously effective “click-bait.” Once you’re hooked, its content tugs at your heartstrings so irresistibly that you may not even realize you’re getting a dose of a social message as well.

Upworthy is a phenomenally successful site that scans the internet for “things that matter,” as its motto goes, and then propels them into the pageview stratosphere. Launched in March 2012 by Eli Pariser, former executive director of the activist site MoveOn, and Peter Koechley, former managing editor of the satirical news site The Onion, Upworthy was described in a recent Fast Company article as “the fastest growing media site of all time.” It lured 25 million unique visitors in the first week of this November alone.

What accounts for this skyrocketing growth? Upworthy has mastered the art of marketing “click-bait with a conscience,” as The Atlantic put it recently. A slideshow of Upworthy’s strategy explains that the simple idea is to pique readers’ curiosity with a headline tease that compels them to click, and content that compels them to share. “If you can find that happy medium between entertainment and an emotional connection,” reads one slide, “you can make some magic happen.” Hence an example like, “The Things This 4-Year-Old Is Doing Are Cute. The Reason He’s Doing Them is Heartbreaking.”

Here are some other examples that might be familiar to you, from a list of Upworthy’s 11 greatest hits, along with their traffic numbers: “This Kid Just Died. What He Left Behind is Wondtacular” (17 million pageviews); “9 out of 10 Americans Are Completely Wrong About this Mind-Blowing Fact” (6.3 million); “His First 4 Sentences Are Interesting. The 5th Blew My Mind. And Made Me A Little Sick.” (4.9 million).

Pariser is unapologetic about his site’s cheap ploy to rope in viewers with an emotional hook, asserting that it doesn’t matter how you grab your audience as long as you’re making the visit worthwhile. “To have content that’s really shareable, it has to be something people actually want to share,” he said. “We look at how much people click, but also how much people share [afterward]. The only way to get something that does really well is to deliver on the quality that you’re promising in the headline.”

Upworthy also delivers politically progressive messages, which accounts for why they offered up so many attacks on candidate Mitt Romney during the last presidential election campaign, and why content about Barack Obama is unfailingly supportive and reverential. In any case, “We’ve always wanted to draw attention to the most important issues,” Pariser told The Atlantic. “The health and poverty of the lower third of the world’s population is one of the least covered issues of our time. There are people who put incredible effort and creativity into making a YouTube video on malaria, and it just gets 5,000 views. We’re hoping to go out and find those things and bring them to a much wider audience.” As part of this mission, the company recently announced that it is launching a global health and poverty section funded by the Bill and Melinda Gates Foundation.

In addition to cloying headlines and off-putting partisanship, a subtler problem with Upworthy’s style is that short video clips on a given issue, no matter how moving, do not necessarily tell the whole story, and risk being manipulative rather than rationally convincing – particularly if accompanied by a headline predetermining your response to what you’re about to see. Upworthy’s goal of making the serious as viral as the frivolous is admirable, but serious issues – “things that matter” – demand serious consideration, not just emotional messaging.