Ending the War on Terror 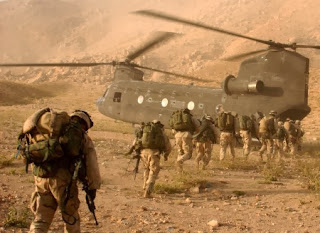 In a piece last week in The Atlantic entitled “Terrorism Could Never Threaten American Values—the ‘War on Terror’ Does,” James Fallows says it’s high time that President Obama shows he understands the truth of that article’s title, and calls to put a stop to the “open-ended ‘Global War on Terror.’”

Fallows, a longtime national correspondent for The Atlantic, has argued at least as far back as 2006 that we had al Qaeda on the run, and that even though its “successor groups in Europe, the Middle East, and elsewhere will continue to pose dangers… its hopes for fundamentally harming the United States now rest less on what it can do itself than on what it can trick, tempt, or goad us into doing.”

There is some undeniable truth to this. All one has to do is look at how Shoe Bomber Richard Reid, who wasn’t even successful in his attempt to bring down Flight 63 from Paris to Miami twelve years ago, transformed our air travel experience into a tedious, massively bureaucratic and intrusive TSA nightmare, detrimentally impacting our economy in the process (in a succinct summation of Fallows’ argument, famed atheist Richard Dawkins recently tweeted his irritation over what he deemed the pointless idiocy of airport security extremes: “Bin Laden has won.”). And of course, one could look at how terrorist acts have resulted, even more intrusively, in the surveillance state that emerged under George W. Bush and which has metastasized exponentially under Barack Obama.

“But if it saves a few lives…” goes the seemingly reasonable rationale for all this “security.” Of course we should protect American lives; the question is, are there more effective and reasonable ways to accomplish that and to combat terrorism which also don’t require severely diminishing our freedoms and individual rights?

Fallows acknowledges the seriousness of terrorist acts themselves. “Attacks can be terribly destructive, as we saw in hideous form 12 years ago,” he continued in last week’s article. “But the long-term threat to national interests and values comes from the response they invoke. In the case of 9/11: the attack was disastrous, but in every measurable way the rash, foolish, and unjustified decision to retaliate by invading Iraq hurt America in more lasting ways.”

Perhaps Fallows misspoke here, because surely he knows we didn’t invade Iraq in retaliation for the 9/11 attack. We went into Iraq because during a “decade of defiance,” as Bush put it, Saddam Hussein had become an increasingly clear and present danger: harboring terrorists, financing terrorism, developing weapons of mass destruction, and ignoring years of UN demands about those weapons. Maybe Fallows means that going after Saddam was an unnecessary extension of the ill-named war on terror, but the “lasting ways” in which America has been hurt in Iraq and Afghanistan resulted more from our ongoing, blood-and-treasure-sucking, nation-building efforts there than from our invasions of those countries.

Fallows complains that “over-reach by [the NSA] and the security establishment… is badly harming American interests, ideals, and institutions. The President is the only person in a position to signal a change in course, and he had better do it fast.” He says that <div><a href="http://pubads.g.doubleclick.net/gampad/jump?iu=%2F4624%2FTheAtlanticOnline%2Fchannel_politics&t=src%3Dblog%26by%3Djames-fallows%26title%3Dterrorism-itself-could-never-threaten-american-values-the-war-on-terror-is-doing-so-%26pos%3Din-article&sz=300x185&c=918979293&tile=3" title=""><img src="http://pubads.g.doubleclick.net/gampad/ad?iu=%2F4624%2FTheAtlanticOnline%2Fchannel_politics&t=src%3Dblog%26by%3Djames-fallows%26title%3Dterrorism-itself-could-never-threaten-american-values-the-war-on-terror-is-doing-so-%26pos%3Din-article&sz=300x185&c=918979293&tile=3" alt="" /></a></div>
“the revelations that come out every day of programs that began under Bush and have continued under Obama suggest that he doesn't grasp [the fact that the war on terror threatens our values more than terrorism does] as clearly as he should.” I submit that Obama grasps this perfectly clearly, but he is not about to change course – not because those program are essential to combating terror, but because it suits his broader totalitarian agenda to perpetuate and expand them.

Fallows wrote that Obama seemed to recognize his point “as early as 2002, in arguing against the invasion of Iraq… and in 2013 in saying that it was at last time to conclude the otherwise open-ended ‘Global War on Terror.’” But that war is open-ended not because we have chosen it to be, but because that is simply the nature of the enemy we are fighting and the long war they are waging against us. We’re engaged in a conflict not with a nation-state and its army, which can be defeated conventionally, nor with a guerrilla insurgency limited to al Qaeda and its “successor groups,” but with a vast, decentralized community of ideological fanatics taking us down by any means at hand, from immigration to cultural subversion to violence. Terrorism, which Fallows considers a manageable threat, is only one of those means.

Calling an end to the “war on terror” is not a solution, because terror is not the enemy – Islamic supremacism is, and it has been a threat to the west for many centuries and isn’t going away overnight, particularly not with Barack Obama in the White House. Fallows is right insofar as we must avoid the trap of exchanging our values and liberties for a false security; how do we do that? Stop playing defense, stop reacting, stop trying to win hearts and minds, and take the fight to the enemy on every front, unapologetically committing to total victory in the way we once committed to total victory against the ideologies of Japanese imperialism or Nazism. The enemies of civilization are ruthless, relentless, and morally unconflicted – in defense of civilization, we must be more so.