Controlling the Language of Political Warfare 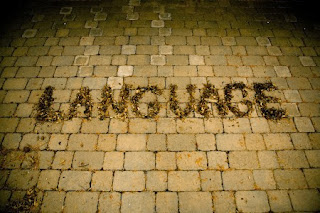 Over at the Addicting Info website, which you may not have heard of but is surprisingly highly-trafficked, Elisabeth Parker posted a piece entitled “12 Phrases Progressives Need To Ditch (And What We Can Say Instead)” encouraging her readers to gain the upper hand in the war of political language. This strategy is certainly nothing new, but it’s worth a look at her recommendations as a window into the left’s mindset and a reminder that language matters. Whichever side controls the terminology on a given issue wins – it’s as simple as that.

Below are the phrases to which Parker objects, her explanations (edited for length), and my commentary in italics throughout. Some of them are old news, except perhaps to the young readers she’s obviously addressing, but she adds a new wrinkle here and there:

(1). Big Business: (Also Corporate America; Multinationals; Corporate Interests) People think, “what’s wrong with that?” After all, they’d like their own businesses to get “big.”

Exactly – but progressives disapprove of anyone becoming “too” successful. Everyone must be reduced to the same level of mediocrity.

Instead, progressives can try: Unelected Government. This puts big, global, multinationals in their proper context as unelected entities with unprecedented powers, whose actions have immense impact on our lives, and which we are powerless to hold accountable.

It’s no surprise that big government proponents despise big business. Here she is equating the latter with an illegitimate shadow government with evil designs, which must be overthrown. “Unelected government” is an even more outlandish distortion of the truth than the term “undocumented residents,” which she predictably gets to later.

(2). Entitlements: “Entitlements” sounds like something a bunch of spoiled, lazy, undeserving people irrationally think they should get for nothing.

Instead, we progressives should try: Earned Benefits. This term not only sounds better for the progressive cause, it’s also more accurate.

I don’t expect a progressive to understand or care about economic realities, but here’s an article Ms. Parker should read about the explosive growth and impact of out-of-control entitlement programs on our economy: “The Shocking Truth on Entitlements.”

She says “privatized profits” as if they’re a bad thing. At least she admits that Communism is an unworkable failure, but 20th century America’s extraordinary standard of living, unprecedented in history, and her superpower domination in less than 200 years of existence proves anything but the fact that capitalism is a failure or damaging to society at large. Certainly, capitalism is messy – which upsets progressive utopians – but unlike the collectivist, big government leviathan they prefer, capitalism offers mechanisms for correction.

(4). Government Spending: (Also Taxes, Burden, and Inconvenient) Conservatives talk about “government spending” like it’s this awful thing, but the fact is, communities across America benefit from U.S. tax dollars.

Instead, progressives should try: Investing in America. Because, that’s what our federal tax dollars do. They invest in education and infrastructure that wouldn’t prove profitable for businesses, but which still benefit society in the long-run.

This is a hopelessly naïve notion of what government spending actually accomplishes. Investment in America comes from supporting businesses and individual rights, which is anathema to the left’s “you didn’t build that” mentality and hostility to business.

(5) Gay Marriage/Same Sex Marriage: While these phrases are technically accurate, they play into the conservative notion that marriage between two men or two women is somehow different and inferior than [sic] a “real” marriage between a man and a woman. Instead, progressives should try: Marriage Equality.

And then progressives can use that phrase to refer to polygamous, polyandrous, bestial, and pedophiliac marriages too, because now that marriage has been redefined by the state, there is no legitimate argument against anyone marrying anyone or anything they like. The radical left only became interested in such a bourgeois concept as marriage anyway when they realized that “marriage equality” was the perfect means to destroy traditional marriage and strike a mortal blow at Christianity and the family unit.

(6). Gun Control: Yikes! That sounds like you want to control people.

And all those “freedom loving” folks who want to bully gays and people of color into staying in their place will use that word against you.

Notice her quotation marks around “freedom-loving,” suggesting that we are just the opposite – and yet she’s the one urging restraints on freedom and individual rights. The left is simply oblivious to this disconnect. Her completely gratuitous crack about bullying gays and people of color doesn’t even merit response; progressives are simply hard-wired to believe that nonsense, which they cannot be reasoned out of, and to ignore their own bigotry.

Instead, progressives can try: Gun Safety. It sounds so nice, non-coercive, and reasonable … plus, it’s true. Most of us aren’t against guns, we just want them used safely. Or, for some added punch, try: Gun Violence Prevention.

This is a bald-faced lie. The left is so anti-gun they have zero tolerance toward grade-school kids eating gun-shaped pastries. If progressives were truly okay with gun safety, they would respect the rights of responsible, safety-conscious gun owners rather than demonize and criminalize them.

(7). Homophobic: People who oppose equal rights for gays, lesbians, and gender atypical individuals are not “afraid,” as the “phobic” suffix implies. They are mean, bigoted @ssholes. Instead, progressives should try: Anti-Gay.

She’s half-right: regardless of how you feel about their stance, people who consider homosexuality – not homosexuals – sinful or unnatural behavior do not have an “irrational fear” of it. I do enjoy, however, how Ms. Parker exposes her own bigotry.

(8). Illegal Aliens: It’s easy to support draconian laws against people we refer to by such a scary and impersonal term as “illegal aliens.” Plus … are they really “illegal?”

Um, yes – hence the term “illegal aliens.” And our citizenship laws aren’t “draconian,” except in the minds of open border proponents.

Instead, progressives can try: Undocumented Residents. They already do much of what we officially-recognized U.S. citizens do, plus they’re having more kids than Anglos are. Seems like immigration provides an ideal way for us to avoid the demographics crisis hitting Western Europe and Japan.

Yes, that’s a great way to solve a demographic crisis: let an unchecked flood of immigrants have all the children. That has worked out so well for Europe.

Once a child takes its first breath, these supposed conservative “pro-lifers” couldn’t care less about the quality of life for the child or mother.

This is another one of those utterly irrational and bigoted beliefs about evil, heartless conservatives that are hard-wired into the left’s psyche, and they cannot be reasoned out of it.

Instead, progressives can try: Anti-Choice. Because, that’s what they really are about. They don’t care about “life.” They only seek to deny choices to women. Not just the choice of whether or not to have a child, but whether a woman can — like a man — embrace her full sexuality without having to worry about pregnancy, and whether she can make related choices about her body, her career, and when to have children, as men always have.

Every conservative male I know is perfectly happy with our women embracing their full sexuality. What she’s saying is, women want consequence-free sex, which means murdering any children who inconveniently happen along. The fact that a baby is a being in its own right, distinct from the woman’s body, is incomprehensible to the irrational left.

(10). Right-To-Work: It’s total B.S. and doesn’t give you the right to do anything, unless you want to reject unions and earn less money than you would in a pro-union shop. Instead, progressives should try: Anti-Union: It’s far more accurate, and — as unions increasingly gain favor — will make conservatives look bad.

Well, she’s wrong about right-to-work laws but hey, I will confess to being “anti-union.”

(11). The Environment: When people talk about “the environment,” they often sound annoyingly self-righteous.

Finally we are in complete agreement.

Instead, we progressives can try: Shared Resources.  We may not care about some factory dumping crap into the ocean, but we dang-well care about our neighbors up the river not properly maintaining their septic tank.

At least she considers the environment in terms of resources, unlike hardcore environmentalists who believe humans should all die and stop raping Mother Gaia. It’s also interesting that in this instance she foregoes targeting evil Big Business and suggests that we target our neighbors instead – because what’s totalitarianism without reporting on your neighbors?

(12). Welfare: When conservatives talk about “welfare,” they make it sound like this pit people wallow in forever, rather than a source of help that’s available when we need it – and that we pay for through our taxes.

No, it’s paid for through other people’s taxes. And study after study shows that welfare too often does become a pit people wallow in forever.

Instead, progressives should try: Social Safety Net: When people think of a safety net, they’re more likely to think of a protection of last-resort, and one that they can instantly bounce out of like circus acrobats.

Except that for too many, it is the easy protection of first-and-last-resort. The “circus acrobat” allusion is simply hilarious.

And if we continue to grow the middle class — instead of cutting taxes for the rich and allowing companies to pay sub-living wages — perhaps the latter will be true again.

That’s not how you grow the middle class, but then, the left has no understanding of how wealth is created. In any case, progressives don’t truly care about the poor – if they did, they would let the engine of capitalism continue to propel more and more people out of poverty than any other economic system in history.

Ms. Parker’s recommendations may sound detached from reality, but don’t underestimate the power that language has to warp people’s perspective and to win political battles. Be conscious of this ploy and don’t allow progressives to dictate the terms of the debate.