What is a Genius (and is Kanye West One)? 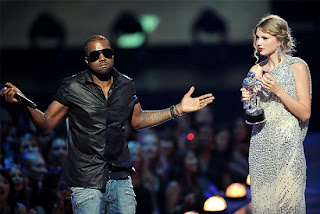 “I’m a creative genius,” rapper and self-proclaimed fashion maven Kanye West boasted sincerely in late night conversation with Jimmy Kimmel recently. “And there’s no other way to word it. I know you’re not supposed to say that about yourself... For me to say I wasn’t a genius, I would just be lying to you and to myself.”

Correct – you’re not supposed to say that about yourself. The judgment of history is supposed to do that for you. Even the consensus of your contemporaries isn’t a fair gauge, because legitimate geniuses very often aren’t recognized as such in their lifetime, and others who are too quickly praised as such very often fade into obscurity. In any case, one’s own ego is an unreliable judge.

What exactly is a genius? It originally meant an external being, a sort of guardian or guiding spirit who accompanies a person from birth to death. Through the centuries that spirit was internalized and the word came to refer to a person who possesses extraordinary intelligence or talent. MENSA members, for example, like to point to their high IQs as evidence of it, but in the case of Kanye West, who once proclaimed himself “a proud nonreader of books,” we’re not talking about intelligence but what the Oxford English Dictionary calls the “extraordinary capacity for creative imagination, original thought, invention or discovery.”

By that definition, is West right about himself? This seems like a very subjective judgment – after all, some say West’s music is brilliant, some say worthless. Who is right? There is no standardized understanding of just what constitutes genius and who qualifies as one.
Allow me to offer parameters that might help clarify things. The first step toward determining who is legitimately a genius is for us all to agree that the term shouldn’t be used lightly, that it should refer to only the highest standard of creative inspiration – otherwise it has no meaning and value.

Furthermore, let’s establish that a genius should be more than just a talent who creates something extraordinary – that could include countless thousands throughout history – but who changes the world in some positive way, who expands our perspective as a species and nudges us forward culturally, scientifically, spiritually. As Schopenhauer wrote, “Talent hits a target no one else can hit; genius hits a target no one else can see.”

West would certainly claim that he does bring us such insights, but that we lesser mortals are simply incapable of appreciating him yet. Meanwhile he tries to boast his way to genius status, which isn’t how it works. In a recent concert review, a Hollywood Reporter writer gushed: “West reminds you why it isn’t bragging when you can back it up.” Actually, it is. Whether you can back it up or not, bragging is still arrogance, and arrogance means your genius can’t speak for itself.

“West,” that reviewer went on, “understands the first rule of a successful cult leader – you have to cast yourself as god incarnate.” This self-deification likely explains why West has absolutely zero sense of humor about himself, and why he lashed out at Kimmel recently for poking fun at him (check out Kimmel’s hilarious presentation, for example, of Josh Groban singing Kanye West tweets). He cannot bear teasing because that punctures the divine aura he has inflated around himself to sell you on his genius.

Where West falls short is in the fact that his music, his fashion, his creativity, are entirely self-referential – all roads lead back to Kanye in his egocentric universe. Regardless of whether or not you love his music, he so far has led us to no new vision of our world. Just as heroes are defined by their selfless actions in defense of others or of something larger than themselves, geniuses too should be defined not by a self-celebration but by the world-altering gifts they bring to humankind.

So to answer the question I pose in the title of this piece: no, West is not a genius and won’t be until he stops shining a spotlight on himself and starts lighting a path for the rest of us.