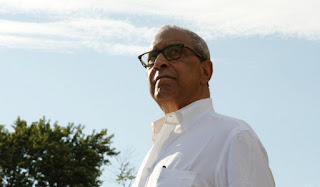 In the wake of the violent worldwide protests that followed the death in police custody of black Minneapolis resident George Floyd, it is easy to forget that what created the conditions for all that racial chaos was the 2014 shooting of black Michael Brown by white police officer Darren Wilson in Ferguson, Missouri. Yes, the Black Lives Matter movement began before that, after George Zimmerman’s acquittal for the shooting death of Trayvon Martin. But BLM didn’t pick up steam and acquire national recognition until after Brown. And Zimmerman wasn’t a cop; it was Michael Brown’s death that really galvanized what author Heather Mac Donald called “the war on cops” and created the mythic slogan, “Hands up, don’t shoot,” which the leftist news media promoted in spite of an absence of evidence or witnesses that Brown ever said it.

The brilliant scholar Shelby Steele has now revisited that complex tragedy in a new documentary called What Killed Michael Brown?, written and narrated by Steele, and beautifully directed and filmed by his award-winning filmmaker son Eli. Steele père, you will remember, is the black conservative author of The Content of Our Character and White Guilt: How Blacks and Whites Together Destroyed the Promise of the Civil Rights Era. His film seeks to answer what Steele calls “a daring question, one that a group like Black Lives Matter would forbid: is Michael Brown in any way responsible for his own death?”

What Killed Michael Brown? is grounded by Steele’s calm, thoughtful presence and his almost poetic narration, delivered in a measured, mellifluent voice and backed by a moody, jazz trumpet soundtrack. The film features him strolling down the streets of Ferguson, in his childhood home in Chicago, and in neighborhoods of the black underclass in both cities as he muses about the nature of race, power, and character in America. This is woven in with footage of riots and press conferences, and interviews with white Ferguson residents, local black leaders, and even race hustler Al Sharpton, whom Steele depicts as a self-aggrandizing agitator exploiting black anger.

Steele begins by noting that he has learned one overriding truth in his lifetime of thinking about race: “We human beings never use race except as a means to power. Race is never an end. It is always a means… America’s original sin was not slavery. It was the use of race as a means to power.”

The Ferguson shooting perfectly exemplifies that ugly truth. Steele states that Brown’s body lying in the street ignited a wildfire that swept across black America before a single fact was known about how he came to be there: “If you’re black and you see Brown’s body, there is already a framework of meaning in place. You don’t think so much as step into that meaning, and at that moment, before any evidence or witness testimony, all you can see is a victim of American racism.”

“The story was quickly shaped by what I call poetic truth,” Steele continues. “This is a distortion of the actual truth… it is a partisan version of reality.” The poetic truth “set the stage for a power grab,” Steele says, before introducing one of the major villains of this story: Obama-era Attorney General Eric Holder. Holder came to Ferguson “as an envoy of black power,” Steele says. “More than anything, Holder’s mission to Ferguson was to exploit white guilt. He needed victims and he needed racists,” so he “took Sharpton’s formula up a notch” and “made common cause with the protesters in order to turn an isolated tragedy into a social injustice.” Steele concludes, “Holder made Ferguson pay the price for a racist murder that was neither racist nor a murder.”

Steele pauses to backtrack and discuss his own hardworking father’s personal path to middle-class success and family stability: “The government had nothing to do with my family’s really slow, gradual movement upward in American life. The government was always a barrier.” 1960s liberalism denied blacks that sense of agency and personal responsibility, and paved the way for a black underclass dependent on government programs. “White liberalism was focused more on assuaging white guilt than in developing blacks… White guilt became black power.” The catch was, “in order to milk white guilt we had to always be victims of white racism.” And thus, “white racism and black victimization became the heart and soul of liberal power in America.”

“This desperation among whites for innocence of racism often presses America into bad faith solutions to racial problems,” Steele goes on. Programs like school busing “give white America moral legitimacy – or at least the illusion of it – even as they utterly fail to help the black underclass. White guilt’s corruption is that it is always self-referential. It needs blacks to be blacks rather than human beings.” He damns ‘60s liberalism as “more insidious than either slavery or Jim Crow segregation. Those oppressions were confined to a person – but liberalism wants your very soul. It wants you to be a grateful, mindless captive.”

And then Steele connects this racist ideology to the Brown shooting: “Liberalism’s faithlessness in blacks – yes, it’s unacknowledged bigotry toward them – was a vote of no confidence in their ability to agent their own uplift. This faithlessness in black authority is what gave us the world Michael Brown lived in.”

Late in the documentary, Steele briefly misses the mark when he expresses shock over what he calls the “gruesomeness” of the killing of George Floyd, who was “indisputably a victim of police brutality.” As we now know, Floyd died as a result of a massive overdose of fentanyl, not police brutality. In any case, Steele notes that, as the post-Floyd rioting and looting began, it was clear that “this murder was becoming less of a tragedy and more of an opportunity.” And when opportunity knocks, Al Sharpton answers the door. Steele pointedly notes that the race demagogue showed up once again to elevate this isolated incident to a case of systemic racism and to exacerbate racial tensions.

Steele has nothing positive to say about Black Lives Matter, either. Unlike the civil rights movement he participated in, the BLM movement is one of “bad faith.” Steele condemns the “anti-individual, anti-family, and anti-capitalism” BLM for never mourning the loss of the many black children who have lost their lives to gun violence in major urban areas like Chicago. His clear point is that BLM is not about black lives but about “ending the American experiment,” as someone in the film puts it.

Toward the end of the film, Steele spends some time with no-nonsense black pastor Corey Brooks, founder of the New Beginnings Church in Chicago, who is changing lives in the black underclass by steering young men away from the literal dead end of drugs and gangs, and getting them on a path of self-reliance and positivity through the transformative power of work. Like Steele’s own father, Brooks teaches “character over race as a means to power.”

It is revealing that the documentary’s title asks what killed Michael Brown, not “who.” Because in a broader sense it wasn’t the police officer who pulled the trigger in fear for his own life. It was the liberalism that created the conditions in which a youth like Brown saw no value in his own life. Steele wonders what might have happened if Brown had had the good fortune to meet someone like Pastor Brooks before his confrontation with Darren Wilson.

Shelby Steele’s compelling film What Killed Michael Brown? will not earn him any fans among the left, though it may open the eyes of some of those blacks who embrace their victimhood, if they are open-minded enough to give the movie a shot. Contrary to leftist dogma, the Brown shooting symbolized not systemic racism but the failure of liberalism, and therein lies the tragedy. Race-mongers like Al Sharpton who exploited the shooting may have benefitted, but as one NAACP representative complains in the film, “What did this country get in return, what did Ferguson get in return for all that it cost this country? And I say nothing.”