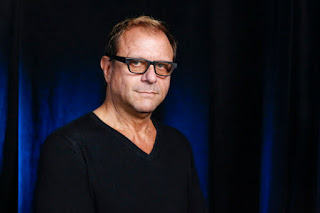 Like many other linguistic irritants the left has introduced into our cultural lexicon, “woke” has become a household term seemingly overnight. It is generally understood to refer to some kind of Progressive state of self-righteous enlightenment, but what is its origin? How and why does one become woke, and what, if anything, lies beyond this condition? What are the philosophical underpinnings of this social justice religion? If you want to truly understand it and not simply dismiss it with an eyeroll, you can hardly do better than to look to writer, philosopher, poet, and former New York University professor Michael Rectenwald. Few if any contemporary scholars have researched the left’s totalitarian mindset more deeply, and elucidated it so thoroughly, as he.

In January of 2018 I interviewed Michael Rectenwald for FrontPage Mag here about being outed as “the Deplorable Prof,” the man behind an anonymous Twitter account which he used to criticize the “anti-education and anti-intellectual” social justice ideology of his (at the time) fellow leftist academics. The subsequent shunning and harassment he endured from his colleagues and the NYU administration drove Rectenwald to declare himself officially done with the left. He later published a book about it titled Springtime for Snowflakes: Social Justice and its Postmodern Parentage (which I reviewed for FrontPage Mag here) from the fine people at New English Review Press. The book is a must-read for understanding how identity politics has, as Rectenwald put it, eroded academic integrity and intellectual rigor in the American university.

Rectenwald quickly went on to publish another short but vital work, Google Archipelago: The Digital Gulag and the Simulation of Freedom (I interviewed him about that one, which you can read here). In this book he argues successfully that the “Big Digital” technologies and their principals like Google represent a new form of corporate state power and leftist authoritarianism.

Now the prolific Deplorable Ex-Prof has produced yet another intellectual exploration of this postmodern religion that has seeped out of our institutions of higher indoctrination and infected corporate culture: Beyond Woke, again from New English Review (as was Google Archipelago). As with the Freedom Center’s own David Horowitz, Rectenwald’s former leftism gives him incisive insights into that ideology that cannot be matched by lifelong conservatives. Former University of Ottawa professor Janice “the Anti-Feminist” Fiamengo says correctly of his new book that Rectenwald “writes about woke mania with clarity and with a former insider’s deep knowledge of its intellectual roots, ideological assumptions, and corporate methods.”

The book consists of twenty-two short but deeply-considered essays published between September 2016 to February 2020, with titles such as “On the Origins and Character of Social Justice,” “Trigger Warnings, Safe Spaces, Bias Reporting: The New Micro-techniques of Surveillance and Control,” “Why Political Correctness is Incorrect,” “’Grievance Studies’ Fields Encourage ‘Marginalized’ Students and Faculty to Become Jacks of All Grievances, Masters of Nothing,” “The Gender Jackpot,” “and “This is the Big Reason Corporate America Has Gone Woke (plus 4 more).”

“Wokeness,” Rectenwald explains, “is analogous to the Christian encounter of being saved. Like being saved, being woke involves redressing transgressions through repentance and reformation. And, as the Christian is saved not by works but into works, so the newly converted social justice believers are woke not by works but into woke works.” But Christian salvation, he notes, is an individual, personal process, whereas social justice is a collective one in which “a higher moral standing” is automatically conferred upon the members of the left’s various designated oppressed identity categories. “It is not what is done that matters, but who does it,” Rectenwald writes.

Being woke is part of what Rectenwald warns is “nothing less than a moral revolution” underway in our society. In “A Genealogy of Social Justice Morals,” he observes that “the advocates of this new moral creed aim to enforce adherence to their beliefs with the ferocity of religious zealots.” This creed is known as “social justice,” although “it is not a means for realizing social justice at all” but merely a “thin ethical gloss for increasingly illiberal policies…” It operates as a “negative egalitarianism, primarily working to remove the privileges of some as opposed to enhancing the rights of others. Far from bringing about liberation, social justice increases repression and thus reduces overall freedom.” This ideology “serves the interests of power” and “presents a false, upside-down image of reality, while offering no effective means for changing it for the better.” Rectenwald then traces the historical roots of each strand of the “social justice matrix” and offers recommendations for reform in a “post-secular university.”

He goes on, in later chapters, to examine what he calls the “Google Marxism” and the “woke capitalism” pervading American businesses from the biggest, most profitable corporations all the way down to crowdfunded startups. There, “from the boardrooms to the storyboards and beyond,” one encounters “a nauseating, woke-up blend of equal parts Communist Manifesto, social justice handbook, sanctimonious sermon, and used car sales pitch.” Rectenwald offers five explanations for this corporate leftism – among them that “[l]eftist politics are perfectly compatible with and supportive of the agendas of global corporate giants.”

An active social media user, Rectenwald concludes Beyond Woke (as he did his earlier two books) with an appendix in which he has gathered his best previously uncollected Facebook statuses. But he’s not posting just cute kitty memes. His posts are musings on leftism that range from pithy observations (“Woke capitalism is the ideological expression of corporate socialism,” and “As the gulag made clear, many Marxists are fine with slavery”) to sharp putdowns (“I’m thinking ‘the resistance’ is fundamentally a resistance of REALITY,” and “The ‘radical’ academic left is really a mob of conformist groupthink zombies”) to short essay-length explorations of ideas such as the definition of fascism and how political correctness has destroyed American culture. All are bold and thought-provoking.

And why the title, Beyond Woke? Because, as Rectenwald puts it, “To be beyond woke is to leave the herd and to act from one’s own freedom and without reference to the moral dictates of the group.” To be beyond woke, in other words, “is to be free.” That is the intellectual journey Rectenwald has taken us on over the course of his three most recent books after his former “comrades” of the academic left showed him “the totalitarian character that lay just beneath the thin veneer of egalitarianism they otherwise proclaimed and the virtuous-sounding rhetoric that they usually mouthed.”

He covers much more ground in this slim but idea-dense volume than I have touched on here. Suffice it to say that with Springtime for Snowflakes, Google Archipelago, and Beyond Woke Michael Rectenwald has established himself as an indispensable, scholarly voice raising our awareness of the dangerous intellectual currents of today’s fastest-growing religion: the cult of social justice.