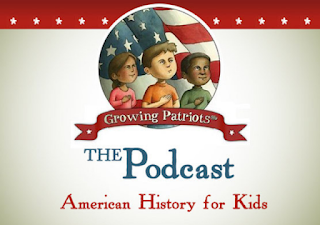 In my previous article, a review of Rating America’s Presidents by the Freedom Center’s own Robert Spencer, I lamented the fact that American public schools no longer give students a solid foundation in what should be a critical subject: civics. There is a surfeit of indoctrination in social justice activism, Howard Zinn-fueled anti-Americanism, and programs promoting the New York Times’ debunked 1619 Project, which posits that America’s origin was rooted in slavery, not freedom; but there is less and less instruction about how our country truly was formed, what makes it exceptional, how our system of government works, and what our God-given freedoms are.

This is a difficult learning environment in which to raise children to be patriotic citizens. Indeed, patriotism is now viewed as the last refuge of white supremacist nationalists. Especially in this time of pandemic lockdowns and school closures, America-loving parents who suddenly find themselves homeschooling their younger children and/or overseeing their "remote learning" need all the help they can get finding educational resources about our country that aren’t tainted by Progressive propaganda, that will inspire children to be proud of and more informed about our history, and that will help shape a future “educated electorate,” as Thomas Jefferson put it, upon which rests “the cornerstone of democracy.”

Years ago, Amelia Hamilton found herself faced with a similar problem. Having trouble finding a patriotic book for a friend’s small child that would teach him about America and spark his interest in American history, Hamilton decided to write one herself. That was ultimately the origin of her website Growing Patriots, which features a podcast, growing in popularity, aimed at a young audience. She hosts experts on topics about early America who answer real questions posed by real children on the broadcast. “Every patriot needs a place to start,” the site declares, “and that’s why Growing Patriots is here.”

The podcast includes dozens of episodes of just the right length and tone for kids to digest, on such topics as Paul Revere’s midnight ride, the creation of the American military, revolutionary Thanksgiving, colonial clothing and music, the Boston Tea Party, the Pilgrims, and more.

Hamilton, a writer and American patriot with a master’s degree in both English and 18th century history, spoke to me about the site and her podcast.

Mark Tapson:           Amelia, what made you feel that a project like Growing Patriots was necessary, and why did you decide to be the one to launch it?

Amelia Hamilton:  I wrote my first children’s book One Nation Under God as a gift for a friend's son when he was learning to count. I just printed it out and stapled it together – certainly nothing fancy! I started hearing from other parents that they wanted copies, too, because even their "big kids" weren't learning these things in school – and this is extremely basic civics. Things like "there are three branches of government." That's when I realized there was a lot more to this project. Kids aren't learning about civics and they aren't learning about how America works, how it was founded or why. To touch on those latter two, I wrote the second book 10 Steps to Freedom: A Growing Patriot's Guide to the American Revolution.

I launched the podcast so that I could really walk kids through why people came to America, why they fought for freedom, how the new country was set up, and why. It's easy to take things for granted if you assume everyone has them or that we've always had them. It's easy to forget how special and rare the American experiment is if your teachers are always telling you that it's inherently bad. If I can teach kids some basic facts about how America was founded and how it works, it puts them light-years ahead of the general population in terms of understanding what we have here – and why it's worth protecting.

MT:     How do you decide on the topics and on which experts to reach out to?

AH:     For the books, I just wanted to provide very basic primers on how and why America was founded and how it works today. In the podcast, I get to dig deeper, which is so much fun! I studied 18th century history, so a lot of the topics I pick are the things I find most interesting. It's the stories that bring these times to life: why things happened the way that they did, how people really lived during these times. It helps us to relate when we think about picking out clothes that would be easy to wash, or kids playing with dolls and games. It gives some framework when we talk about the incredible things that were happening. So, I cover the big events, but focus mostly on the people.

Sometimes it's easy to pick an expert to reach out to. When I did my episode on the Midnight Ride, the only place I considered was the Paul Revere House. Sometimes, it's harder. An episode on what kind of music people listened to and what that meant to them doesn't have an easy answer. So, I mostly look for historians or history groups focusing on different things – and let me tell you, there's a group of historians focusing on just about everything! I try to find some clips of them online to make sure they'll be engaging for kids and not get political, and then we go from there!

MT:     I imagine Growing Patriots gets a lot of interest and appreciation from homeschooling parents. But do you get any inquiries from public schoolteachers or administrators about incorporating what you do into their teaching? In the current educational environment, the pro-American viewpoint you promote isn’t exactly in vogue, so I’m curious to know if you’ve experienced more support or resistance from educators.

AH:     I honestly haven't heard much from public school teachers aside from a few I know personally who enjoy them. Like you said, homeschooling parents, those who want to supplement a public school education, or those looking to give their kids an early basis in American principles before they get to public school, make up the majority of my readers and listeners. That's not to say I don't get hate mail and, for all I know, some of that could be from teachers. When someone is shouting into the void on social media, one doesn't always know their profession. It's still surprising to me that people have such a negative and defensive reaction to sharing very basic facts about history.

MT:     We tend to think of even young kids today as being completely absorbed in their cell phones and Tik Tok and other brain-numbing distractions. How do the kids in your audience respond to your podcast? Do they seem really engaged and excited about the topics you present?

AH:     A great thing about doing a podcast is that you can learn as you go; you're always getting feedback for the next episode. I can see what episodes get more downloads or reaction on social media and create more episodes that kids will like. Since the podcast is for fairly young kids, I keep the episodes really short (usually about 15-20 minutes, give or take) and provide coloring pages and other resources on my website to keep little hands busy while they listen. I also take questions from kids themselves, so I can be sure that I'm not picking boring grownup stuff. The podcast is doing really well on iTunes and is one of their top educational shows for kids, which is so rewarding!

AH:     Gosh, this is a tough question! I am a big nerd for the American Revolution, and we're in the midst of that subject right now, so I've been loving the recent episodes. One of my favorites was when "Thomas Jefferson" joined me to talk about the Declaration of Independence, why it was necessary, and what it still means today. He was an incredible guest and that's one of my favorite topics. I also really enjoyed the episodes I did on life in the 18th century which covered things like clothing, books, and how people got their food. I certainly enjoyed having two Tapsons (father and daughter) join me for different episodes!

Another great expert was Sarah Georgini, who is an expert on Sam Adams. She was really fun and relatable and even knew exactly what his favorite emoji would be. My friend's niece Charlotte has been on three times now and it makes me laugh that she's so comfortable in front of a microphone at the age of 8. My friend Karol Markowicz has had her two oldest kids on a couple of times each (her third isn't quite old enough...yet), and they always come up with the most interesting questions. That's one of my favorite things: hearing from the kids. Finding out what they're curious about and what they want to learn. I learn something new in every episode because they keep me on my toes.

MT:     Amelia, thank you and keep up the inspirational work.