The Serpent and the Red Thread 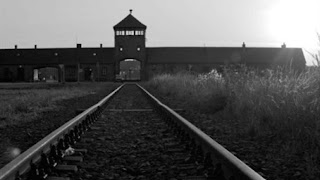 Several days ago, pro-sharia Palestinian-American activist Linda Sarsour appeared at the annual conference of American Muslims for Palestine in Chicago and demanded that the audience ask “those who call themselves progressive Zionists” how they can claim to oppose white supremacy in America, but then “support a state like Israel that is based on supremacy, that is built on the idea that Jews are supreme to everyone else.”
The notion that Israel was built on purported Jewish supremacism is pretty rich coming from Islamic supremacist Sarsour, particularly in light of the fact that the alarming spike in Jew-hatred throughout the West today stems largely not from a politically impotent and socially marginalized minority of white supremacists (as the mainstream media would have us believe), but from mass migration from Muslim countries, from the anti-Israel BDS movement driven by Muslim student organizations on university campuses, from the willful blindness toward Islam of multicultural elitists like Canada’s Justin Trudeau, and from the American left’s increasing embrace of Muslim politicians such as Reps. Ilhan Omar and Rashida Tlaib and activists like Sarsour. Seventy-five years or so after Allied forces liberated the survivors of Nazi concentration camps, Jew-hatred is back with a vengeance.
Of course, it never went away in the first place. It is always with us. Anti-Semitism is the world’s “oldest, most irrational evil,” as Canadian author and blogger Diane Bederman puts it, and in a powerful new book from Mantua Books titled The Serpent and the Red Thread, she tells its story in a stunning, affecting mix of fiction, history and myth. The book is peopled with characters ranging from Jesus Christ and the Apostle Paul to Elie Wiesel and Adolph Hitler (whom she refers to as “hitler” – diminishing him by refusing to capitalize his last name).
Ms. Bederman, who also wrote Back to the Ethic: Reclaiming Western Values, which I previously reviewed for FrontPage Mag here, took time out to answer some questions about her new book for FrontPage Mag.
Mark Tapson:           Tell us about “the red thread” and why you chose to use it as the central motif in your book.
Diane Bederman:   While I was writing the book I heard about the red thread, a Chinese literary device that connects people through time. The thread can bend and twist, but never breaks.  I was writing about Jew haters through time. In Judaism, Amalek represents evil for he was the leader of a tribe who attacked the weakest of the Jews as they fled Egypt. Who can be more evil than one who attacks the weakest of all?  Sadly, there seems to be a pattern of Amaleks, a new one every generation; all connected to the first, through that red thread, that has never been broken. The serpent and his thread take us through 3000 years of Jewish prosecutions, persecutions, pogroms, inquisitions, expulsions ghettos and forced conversions leading to the Holocaust.
MT:     Hitler unsurprisingly plays a prominent role in the book. But other characters also serve as guides through your biography of evil, including biblical figures such as Jesus, Paul, Abraham and Sarah, and a young Elie Wiesel. Why did you decide on these characters?
DB:     The book is a history of 3000 years of Jewish prosecution, persecution, pogroms, inquisitions, expulsions, and forced conversions. The Holocaust is the ultimate in Jewish genocide. It was also unique in its implementation. It was aided and abetted by the Nazi military industrial complex. In the book, Jesus and Paul speak for the Christian world. I wondered what they might have said had they seen the result of attacks on the Jews. What led up to them. What would they say? How would they feel? What would they do?