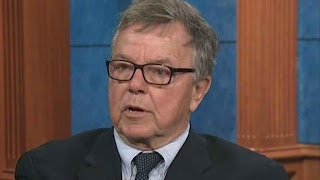 Peter Collier – publisher, editor, bestselling author, and co-founder of the David Horowitz Freedom Center – passed away on November 1, 2019 – All Soul's Day – at the age of 80.
Peter Anthony Dale Collier was born June 2, 1939 in Los Angeles, California. Like his close friend and longtime writing partner David Horowitz, whom he met while both attended UC Berkeley, Collier began his intellectual life as a New Left radical. In 1966 he became an editor at Ramparts magazine, the Left’s most influential publication at the time, as did Horowitz two years later. Collier and Horowitz took over the magazine in 1969 and edited it until 1973, when they left to write a best-selling biography of the Rockefeller dynasty.
Called by the New York Times Book Review “the premier biographers of American dynastic tragedy,” Collier and Horowitz went on to write The Kennedys: An American Drama (1984), which was a number one New York Times bestseller. This was followed by The Fords: An American Epic (1987) and The Roosevelts: An American Saga (1994). On his own, Collier went on to write The Fondas: A Hollywood Dynasty, as well as a notable biography of Jeane Kirkpatrick, Ronald Reagan’s Ambassador to the United Nations, titled Political Woman.
In the mid-seventies, Collier and Horowitz both became disillusioned with the Left, an intellectually courageous, slow-motion odyssey the pair recorded in their 1989 bestseller Destructive Generation: Second Thoughts About the Sixties, which made them enemies of their former comrades. While Horowitz became the more public face of their apostasy, the more private Collier pursued an astonishingly prolific career as an author, publishing numerous bestsellers in genres ranging from politics to biographies to novels and screenplays, even short fiction.
Collier also wrote several books honoring American military heroes, including Medal of Honor: Profiles of Valor Beyond the Call of Duty (2003), Wings of Valor: Honoring America's Fighter Aces (2016), and Choosing Courage: Inspiring True Stories of What It Means to Be a Hero (2016).

Among the many prestigious publications he wrote for are The Wall Street Journal, Commentary, The New York Times, The Washington Post, Rolling Stone, Playboy, The New Republic, and The Weekly Standard.
In 1992, Collier conceived, named, and edited Heterodoxy magazine, the forerunner of the FrontPage Magazine website, and also gave it it’s motto: “The Cultural Equivalent of a Drive-by Shooting.” It was a pioneer publication in the fight against Political Correctness. “For the next eight years, we attacked the world of PC relentlessly, fingering its villains and forcing them to do the perp walk,” Collier said of the controversial journal. “We named names. We ridiculed the fatuous. We constructed an intellectual CT-scan of the malignancy that was spreading throughout high culture. Heterodoxy was funny and brash. It took no prisoners.”
In 1998 Collier founded Encounter Books in California, which swiftly became the premier publisher for powerhouse conservative thinkers including Thomas Sowell, Andrew C. McCarthy, Heather Mac Donald, Michael Walsh, Melanie Phillips, and many more. Collier was the editor at Encounter from 1998 to 2005, when he turned the reins over to Roger Kimball, and returned to work at the David Horowitz Freedom Center, which he had co-founded with Horowitz in 1988.
Under the leadership of Collier and Horowitz the Freedom Center has been the right’s foremost “battle tank” in the war against the anti-American left. Collier edited the Center’s unique and invaluable online encyclopedia of Leftist figures and ideologies, DiscoverTheNetworks.org.
David Horowitz offered this statement in tribute upon Collier’s passing:
On All Souls Day, we lost my best friend, Peter Collier. Peter and I were brothers-in-arms for over fifty years. We fought, we made up, and in the end each of us filled in the deficiencies of the other. It was Peter who was the genius behind our best-selling dynastic biographies, but I learned at his knees how to write biographies of my own, which make up my best work. The co-authored book that most melded us into one writer was Destructive Generation, about the terrible Sixties from which our country has never recovered.
Peter was a generous and self-effacing man who preferred the background to center-stage. As a consequence of that and of the hatred which has consumed the literary culture and progressivism as a whole, Peter was denied the recognition he deserved. He is the creator of two influential institutions of the patriotic cause: the magazine Heterodoxy, and the publishing house, Encounter Books. As the editor of DiscovertheNetworks.org, he has also been the guiding hand behind this indispensable encyclopedia of the Left.
His passing has created a hole that can never be filled. But he was a connoisseur of life, and knew that time for all of us must have its end.
Peter Collier leaves behind a wife, two sons and five grandchildren, and a legacy of incalculable importance and influence on American conservative thought. Requiescat in pace.
From FrontPage Mag, 11/4/19
at 10:06:00 PM