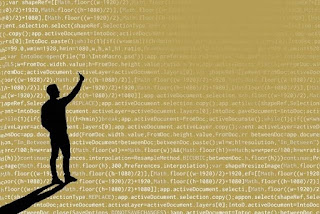 Back in January, 2018, I interviewed New York University professor Michael Rectenwald for FrontPage Mag (here) about his experience being outed as “the Deplorable Prof,” the man behind an anonymous Twitter account which he used to criticize the “anti-education and anti-intellectual” social justice ideology of his fellow leftist academics. The subsequent shunning and harassment he endured from his colleagues and the NYU administration drove Rectenwald to declare himself done with the Left, and he later published a book about it titled Springtime for Snowflakes: Social Justice and its Postmodern Parentage (which I reviewed for FrontPage Mag here). The book is a must-read for understanding the intellectual collapse of the American university under the weight of a totalitarian ideology.
Now the prolific Rectenwald has published another short but vital work, Google Archipelago: The Digital Gulag and the Simulation of Freedom from New English Review Press. In it he argues that what he calls the “Big Digital” technologies and their principals like Google represent a new form of corporate state power and leftist authoritarianism. The once-and-future Deplorable Prof agreed to answer a few questions about this dangerous development.
Mark Tapson:           Michael, thanks for taking time out for another interview. In Springtime for Snowflakes you exposed and combatted social justice totalitarians. How does your new book Google Archipelago follow from and expand upon the former one? What insights and/or experiences took you in that direction?
Michael Rectenwald:         Hi Mark. Thanks very much for conducting this interview. I’m particularly grateful that you’ve asked me, again, to write out my answers, because I believe that I’m a much better writer than speaker.
Google Archipelago (hereafter GA) traces the metastasis of social ideology into the digital realm. It may be regarded as the second in a series of installments on social justice, a series that I began in Springtime for Snowflakes, and which I may continue in a third book, thus completing a trilogy.
The book represents a study of the vastly extended and magnified manifestation of the leftist authoritarian-totalitarian ideology as it expands into cyberspace, extends throughout the cyber-social body, and penetrates the deepest recesses of social and political life. In GA, I connect Big Digital's politics with its technologies. I argue and demonstrate that the technologies are intrinsically leftist and authoritarian.
For reasons I give in the book, the only way to make sense of the politics of such organizations as Google, Facebook, Twitter, et al and how this politics is reflected in its technologies is to see Big Digital as the leading edge of an economic and governmental conglomeration that aims to monopolize human life on a global scale. Big Digital’s political ambition is to establish a two-tiered system consisting of global corporate-cum-state monopolies on top, with “actually-existing socialism” for everyone else. I call this two-tiered system “corporate socialism,” which I choose over the term “techno-feudalism,” used by others. I have very good reasons for adopting the name corporate socialism rather than techno-feudalism, not the least of which is the penchant of the monopolists for using socialist rhetoric and ideology in their attempts to bring the two-tiered system into existence. Corporate socialism aims to arrive at a singular, one-world state, with vast globalist monopolies controlling production. These monopolies would be paralleled by a socialism or equality of reduced expectations for everyone else. Unwary dupes like Bernie Sanders and Alexandria Ocasio-Cortez serve corporate socialists by habituating the masses to this state of affairs. The objectives of corporate socialism are ushered in under the guise of an economic and social equality, an equality of reduced expectations for the vast majority. The corporate socialists don't need equality; equality pertains strictly to the majority deemed destined to live under the reduced expectations of “actually-existing socialism” on the ground.
Ultimately, Big Digital attempts to replace reality with a digital simulation or simulations, simulacra posing as substitutes for reality—to introduce simulated and faux realities or simulacra that displace and replace the real. Forget fake news. Try fake reality.
MT:     The title of your book obviously echoes Solzhenitsyn’s Gulag Archipelago. How are the social media of today, what you call Big Digital, imprisoning us in a sort of gulag of simulated realities?
MR:    Yes, the allusion to Solzhenitsyn’s Gulag Archipelago is blatant and quite deliberate. In the most basic rendering, the Google Archipelago simply represents a digital version of the Gulag Archipelago. Just as the Gulag Archipelago was a penal and surveillance system for the censorship, control, disciplining, and disappearing of dissidents, so too does the Google Archipelago undertake the same functions, only digitally. The Google Archipelago obviously represents a more technocratic, less corporal, and more sanitized set of apparatuses for its tyranny over the masses. But it is no less insidious for these differences. Indeed, it may be more insidious because it is subtler and more surreptitious. It leaves fewer if any traces, requires less force, and may assume greater deniability. While disappearing the denizens of the Soviet Union could be messy and bloody, digital disappearances or deletions are much easier to undertake and leave fewer if any traces. It is easier to delete digital subjects than it is to delete analog ones.

MT:     Your new book is loaded with intriguing, challenging concepts. Can you briefly explain, for example, what “Digital Maoism” and “Google Marxism” are?
MR:    I adopt the term “Digital Maoism” from Jaron Lanier, although I expand its meaning and significance considerably. As I define it, Digital Maoism refers to the ways in which the digital realm is used to deliberately encourage the formation of rabid digital Red Guards, the SJW bots that swarm around and attack dissenters en masse. But the term also refers to the aspect of that the digital realm that intrinsically lends itself to collectivism, as digital representations, including digital representations of people, ideas and beliefs, are sorted into bundles of zeros and ones by algorithms. Algorithmic “thinking” is intrinsically collectivizing. Thus, the digital tends toward the agglomeration and collectivization of digital subjects and ideologies and the simple sorting of groups and ideologies into zeros and ones, or “good” and “bad.” Hashtags also represent an example of how digitized human bots or people wielding Twitter effigies agglomerate or collectivize around topics, as well as around those engaging said topics. Hashtags tend to bundle digital subjects into the notoriously perfervid and fanatical Red Guard-like Twitter swarms that attack dissidents like pack animals. Other means serve to agglomerate Facebook fascists. (As readers of Frontpage Mag know, fascism is by definition a collectivist political ideology.)
Google Marxism is both the socio-political and economic structure of technocratic corporate socialism and the primary ideological formation that supports said socio-political and economic structure. I derive the term from George Gilder, but expand its meaning considerably.
MT:     For an academic with such a literary background, you seem to have no traditionalist preference for books. Your recent work even erases the boundary between books and social media; for example, you devote an appendix of your book, as you did in Springtime for Snowflakes, to your best Facebook statuses. And at one point in Google Archipelago you even blur the lines between nonfiction and story. Why did you choose such unconventional techniques to make your argument?
MR:    In GA, I weave fictional interludes and social media posts into the seams and hems of argumentative prose in order to show how the digital realm destabilizes reality. I mean to have the text perform effects of the reality subversion that it describes. I mean to intentionally disorient the reader, to render for the reader experiences of the reality disruption that I see produced in cyberspace, to blur the lines between reality and fiction by interposing fictional material within a “real” text that describes the disruption of reality by fiction. I like to think that I invented a new genre that may be called "historical-science-fiction-as-cyberpunk-within-nonfiction.” I don’t know whether it works. I do know that I particularly enjoyed writing the fictional interludes.
MT:     You conclude by saying that the 21st century wants to reduce us to zeroes and ones – maybe even just zeroes – and that all of us need a metaphysics of truth to counter the false realities of the “New Knowledge.” What is one way each of us can pursue a metaphysics of truth and do something about this encroaching totalitarianism?
MR:    As I suggest in the book's conclusion, the main way to counter the false reality of "New Knowledge," or the false narratives of encroaching totalitarianism, as I see it, is to pose more compelling because-more-faithful-to-the truth narratives, narratives bent toward truth and against that the attempted coup of reality by the narratives of/about simulated realities.
The narrative and normative project that I propose for countering the dominant narratives of cyberspace runs parallel to and accords well with the project for truth that President Trump is undertaking as he attempts to thwart the narratives of simulated reality that the contemporary left is propagating in the political sphere proper.
Both projects should counter the faux, simulated realities propagated in mainstream and dominant digital media narratives, narratives of/about simulations that are supposedly narratives of the real. Both would counter the new (leftist) McCarthyism, only in different registers—although the new (leftist) McCarthyism is actually a sham or simulacrum, whereas the original McCarthyism was legitimate, although deemed a sham or simulacrum by the sham-makers themselves, those subverted by the very political ideology whose impact they deemed grossly overblown. The original McCarthyism was not insane or delusional but instead failed only by misunderstanding the nature, while underestimating the depth and reach, of communist ideological subversion, a subversion supposedly analogous to but really entirely different from the supposed subversion perpetuated by Trump. Cries of “Russian bots” “collusion,” and Ukrainian “quid pro quos” are parts of a narrative of/about simulated realities. Cries of communism were a part of a true narrative that was deemed false by none other than those under the ideology in question.
Both projects, the one undertaken to counter the so-called New Knowledge of Big Digital Delusion, which is instead a new nescience, a lack of knowledge or worse, and the one to counter the simulacrum of leftism in the political sphere proper, must insist on a metaphysics and narrativity of truth, one that nevertheless will be deemed a narrative of/about a simulation by those actually responsible for producing narratives of/about simulations.
From FrontPage Mag, 11/6/19
at 10:09:00 PM