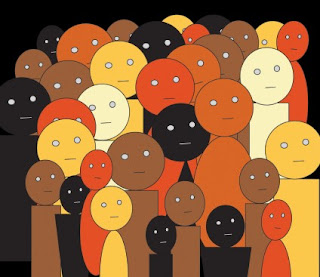 The left is fond of accusing President Donald Trump of dividing America, but in fact America was already divided before his presidency – by the left’s obsessive promotion of the inherently divisive “identity politics,” which erases our individuality and boxes us all into categories based on gender and skin color, and then arranges those categories according to a hierarchy of power and oppression.
Farrell Bloch, a former Princeton economics professor and an expert witness in hundreds of matters assessing discrimination, has written a book that couldn’t be more timely and vital to our understanding of identity politics: Identity and Prejudice, from the Canada-based Mantua Books.
In Identity and Prejudice, Prof. Bloch offers a theory explaining why individuals are biased against some race and ethnic groups but in favor of others. He addresses diversity, intersectionality, white privilege, political correctness, and identity politics, and applies his theory to contemporary issues including European and American reaction to Muslim immigration, anti-Israel sentiment, and the elections of Presidents Obama and Trump.
I asked Professor Bloch a few questions about his book via email.
Mark Tapson:           To what extent are identity, prejudice, and discrimination driving political conflicts and decisions today, and have they always done so, or would you say they are more prominent factors in the political scene now than in the past?
Farrell Bloch:           Identity politics, which emphasizes ethnicities as either victims or preferred groups, is pervasive today.  Data that compare demographic groups’ employment, income, and other social and economic measures were not so widely available in the past. These statistics, reports of racist comments and hate crimes, tabulations of the presence or absence of members of race and ethnic groups in various venues, and discussions of related policy issues such as immigration and affirmative action are now ubiquitous.
MT:     You say that the most important contemporary political divide may be the one between those who embrace the Elitist Paradigm and those who reject it. You note that the election of Donald Trump, for example, was likely an expression of antagonism toward it. What is the Elitist Paradigm?
FB:      The Elitist Paradigm reflects the zeitgeist of many contemporary opinion-shapers, notably educators and journalists. The Paradigm downgrades respect for the West in general and the United States in particular by interpreting historical and contemporary events as dominated by domestic racism and imperialistic foreign aggression. The primacy of Western civilization is replaced by a multicultural and relativist perspective in which no society is considered superior to any other—except for degrading the West to neutralize its former prominence. White privilege and victimization of people of color are emphasized. With its objectives of remedying past and preventing future discrimination, the Paradigm highlights equality over liberty and the statistical income distribution rather than aggregate economic growth.