Where is the Civility in Political Journalism? 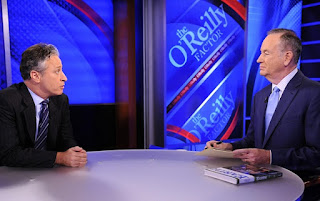 At the beginning of the Republican National Convention last week, NBC Today co-host Matt Lauer confronted presidential nominee Donald Trump about dialing down the intensity of the passions percolating at the event. “Would you be willing to make a pledge to speak to everyone involved in this convention and say, ‘Please tone down the rhetoric’?” Lauer urged. “Can you say to the people who are going to take to that podium this week, ‘No personal attacks, no vitriol, keep it civil’?”

The irony there is that political journalists themselves, Lauer included, have become as inflammatory as the politicians they lecture about incivility. In the aftermath of last month’s Orlando terrorist massacre at a gay nightclub, for example, CNN anchor Anderson Cooper badgered the increasingly offended Attorney General of Florida interminably about her stance on gay marriage. More recently, Fox News’ Shepherd Smith berated Gov. Bobby Jindal for using the “divisive” phrase “All lives matter.” CNN’s Christiane Amanpour, who wears her biases as openly as her keffiyeh, hammered away contentiously at British MP Daniel Hannan for nine minutes over the recent Brexit vote.

Then there are the battles royal among the ubiquitous panels of TV pundits. Geraldo Rivera, who is as responsible for creating this toxic atmosphere as anyone, nearly came to blows on-camera last year with The Five co-host Eric Bolling. Don’t forget the mean-spirited partisan commentary from purported political comedians like Joy Behar, Jon Stewart, and Bill Maher. Some of it may entertain, but none of it enlightens and all of it divides.

This is not a new development. Already by 1996, twenty years ago, Rockefeller Foundation President Judith Rodin pointed out in a keynote address that across America and the world, “no one questions the premise that political debate has become too extreme, too confrontational, too coarse.” In 1999 law professor Stephen Carter complained in his book Civility that Americans were losing the ability to debate respectfully.

Five years ago the University of Arizona was so concerned about our political incivility that it established the National Institute for Civil Discourse to promote “healthy and civil political debate.” Apparently the organization’s message cannot be heard above the din of political brawling, because the problem has only snowballed, culminating in this especially rude and raucous current election season.

How did it come to this? How did our national conversation about politics become so degraded and hostile? The most obvious explanation is ratings. Ratings is the name of the television game, and polite, respectful, reasoned debates do not translate into soaring Nielsen numbers. As far back as 1968, with the unprecedentedly venomous convention debates between William Buckley and Gore Vidal, networks discovered that such combative interaction meant record ratings. Controversial personalities, heated crosstalk, personal feuds, angry insults, “gotcha” journalism – these all present an hypnotic appeal to the lowest common denominator of viewers, and the infection has spread from there.

Television brought this hostile tone into millions of homes, turning up the heat from a simmer to a boil, ultimately goading us into shouting insults at each other instead of respectfully seeking understanding and compromise. Add the rise of social media to the mix – Twitter, for example, is an absolute sewer of political viciousness – and you have a cultural environment utterly inimical to the formation of that “informed citizenry” which Thomas Jefferson believed indispensable to the proper functioning of a republic.

Another factor is the abandonment of journalistic neutrality. There was a time in living memory when reporters were expected to hold themselves to at least the pretense of a standard of objectivity. Too many of them now have openly embraced the disastrous trend of “advocacy journalism” and see their role in politics not as objective reporters of the facts but as activists on a mission. That encourages them to aggressively challenge politicians and pundits whom they see as opponents.

This blatant partisanship is one of the reasons viewers now hold the mainstream news media in such angry contempt (which accounts for a good portion of Donald Trump’s popularity; rather than court a hostile news media like previous Republican presidential candidates, Trump, a reality show hitmaker who knows a thing or two about grabbing ratings, has declared war on them).

Where is civil political journalism to be found anymore – or has that ship sailed for good? Is it passé and naïve now to expect journalists on either side of the aisle to maintain some measure of objectivity and civility? What will it take to dial down their vitriol, as Matt Lauer pleaded, and help keep our political discourse civil?

It begins with each one of us committing to civil political discourse in our own personal lives and rejecting the media’s emotional manipulation and unhealthy partisanship. Television journalists need incentive to change and that means hitting them where it hurts – in their ratings. As a society we must hold them to standards of fairness, truth, and civility. We must demand that commentators and reporters engage our intellect rather than inflame our anger. Of course we want them to ask the tough questions; their job should be to report the facts and to speak truth to power, not bow in deference or push an agenda. But they must take their egos and personal politics out of the equation. Our political future and our cultural harmony depend on it.