Superheroes and the ‘Cult of American Hyper-Masculinity’ 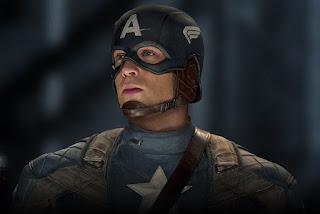 Exactly 28 years ago last Friday, Die Hard premiered in theaters and set the standard for action films thereafter. Part of its success derived from Bruce Willis’ brash, wise-cracking, quintessentially American character – the perfect foil to the late Alan Rickman’s suave Eurovillain – and partly for that reason, Die Hard is still my favorite action film. That’s why I was so disappointed to read that its director John McTiernan recently spewed some anti-American nonsense about another quintessentially American film hero in an interview for the French film magazine Premiere.

In response to a question about the recent decline in quality of “action cinema,” McTiernan derided Hollywood comic book adaptations like the Marvel and DC Comics franchises as mere “corporate products… made by fascists.” They’re populated by cartoon characters, not real people, he complained. “There is action but not of human beings,” he said dismissively (in translation). “Comic book heroes are for businesses.”

“You find that the big studios poison action cinema with ideology?” the interviewer asked, and McTiernan went off. “I hate most movies for political reasons,” he responded. “I cannot really see them. I'm pissed off the minute it starts.” He cannot watch a movie like Captain America, he says, “without laughing,” because

the cult of American hyper-masculinity is one of the worst things that has happened in the world during the last fifty years. Hundreds of thousands of people died because of this stupid illusion. So how is it possible to watch a movie called Captain America?

“I’m incapable of watching [such movies] calmly,” he concluded, and the politically like-minded interviewer reluctantly moved on.

McTiernan, whose résumé also includes Predator, The Hunt for Red October, and The Thomas Crown Affair remake, has plenty of company criticizing superhero movies as the fascistic worship of “might makes right.” It’s de rigueur now among cultural critics to dismiss American heroes, real and fictional, as fascists. British documentary filmmaker Nick Broomfield, for example, condemned Clint Eastwood’s blockbuster American Sniper, about the late American hero Chris Kyle, as an example of “American fascism” that “Hitler would have been proud to have made.” Richard Cooper at Salon laid out his position equally bluntly in the headline, “Superheroes Are a Bunch of Fascists.” Andrew O’Hehir, also writing at Salon (they really don’t like American heroes over there), called Cap “the corporeal embodiment of American superpower hegemony” – as if that’s a bad thing. O’Hehir proclaimed that the premises of the American comic-book universe and of fascism are the same: power is good. “They are also the fantasies of children,” he sniffed.

My friend Chris Yogerst, who teaches film, pop culture, and communication at the University of Wisconsin Colleges, tried to set them all straight in a piece for The Atlantic online called “Stop Calling Superheroes Fascist,” in which he pointed out that the glaring difference between superheroes and fascists is that the former do not abuse their power; they wield it in the service of good and of freedom. But in our time of easy moral equivalence, good and evil are all relative anyway. After all, fascists themselves believe they are using their might for the right reasons. Who is to say, then, whether Cap’s “American hyper-masculinity” which McTiernan finds so disgusting is any less fascistic than Mussolini’s Roman Empire-inspired Italian nationalism?

And then there is the issue of Cap’s unconflicted morality, which greatly irks his critics. Traditional notions of heroism have given way in recent decades to a more cynical era of the Hollywood anti-hero: Walter White, Dexter Morgan, Tony Soprano, Don Draper, Tyrion Lannister. By contrast, the Captain America of the recent Marvel blockbusters – straight-laced, upstanding patriot Steve Rogers, transplanted from the 1940s – is depicted as amusingly old-fashioned in our morally muddled age.

But that is precisely why we need such a role model. Captain America is a throwback to a time when, as a culture, we did not agonize over the distinction between good and evil. In Cap’s World War II heyday, Americans knew that Nazism and Japanese imperialism were evil movements, just as we later knew that Communism was as well. We did not doubt that America’s defense of justice and liberty for all was right and good and necessary. We were not beset by the poisonous strain of anti-Americanism and cultural self-loathing that we wrestle with today, which, for example, led Superman Returns director Bryan Singer to twist the credo “Truth, Justice, and the American Way” into “Truth, Justice, and all that stuff.”

That could account for why the Captain America movie franchise is so enormously successful, and why after three-quarters of a century Cap continues to dominate the comic book world despite the cultural influence of jaded Salon critics and anti-American film directors: the majority of us are still compelled by his moral integrity, his unabashed patriotism, his humility and masculine strength. Captain America remains the quintessential American hero.