Why We Love to Be Scared 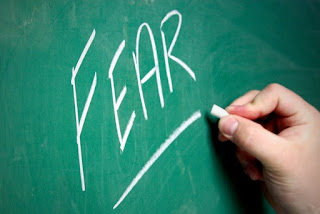 Halloween is here again, a holiday that ranks above all others except Christmas and Thanksgiving in popularity. What is it about spooky Halloween that appeals to us more than, say, the conviviality of family and friends at an Independence Day cookout? More than the sense of renewal we feel on New Year’s Eve as we leave one year behind and face a fresh one? Surely it can’t be just the candy and the costumes (not even the ridiculously slutty ones). So what is it about an evening of ghosts, goblins, and ghouls that adults find so appealing? For that matter, why do we find scary movies and haunted houses in general so deliciously compelling?
First of all, there is a physical reason why we enjoy the cathartic thrill of being scared – at least, in a controlled, safe environment such as a movie theater. When we are frightened we have a physiological reaction, of course: increased heart rate, shallower breathing, perspiration, butterflies in our gut. It’s a stimulation of the “fight or flight” instinct, and the subsequent adrenaline rush supercharges us, making us feel more powerful and alive and emotionally intuitive, as a Today contributor wrote. That rush is so exciting it becomes an addiction for many.
Secondly, there is a psychological component. There is a powerful appeal to experiencing vicariously the forbidden, the strange, and the dark. Horror flicks, for example – so popular that they are the only movie genre practically guaranteed not to lose money for the filmmakers – allow us to safely experience, and even identify with, the dark side of human nature. Scary tales also help us to purge ourselves of strong emotions like terror.
But there is something more than just the physical and psychological. There is a spiritual element as well. We are drawn to tales of ghosts and vampires and other creepy mysteries that point beyond human nature because we crave a direct experience of the supernatural, especially in a world in which the ascendance of atheism and the hostility of some prominent scientists to the supernatural has diminished that experience. Because there is no proof of a realm beyond that of our senses, it is easy for many to ignore or dismiss it: ghosts don’t exist, for example. Demons don’t possess people.
But human beings are hard-wired to believe that there is more than just the limited world our senses can confirm, and we want – we need – to experience it. On one level, movies like The Sixth Sense and The Others are just Hollywood entertainment, but they affect us to the core at least in part because on a deeper level, they are also a chilling reminder of the ineffable veil that separates the living from the dead, the tangible from the intangible, the known from the unknown. We don’t know for certain what lies beyond that veil, but deep down we know it is there and the thought of breaking through that otherworldly plane and glimpsing “the sublime” simultaneously terrifies and thrills us.
The notion of the sublime is a rather complicated philosophical and literary one, but in the context in which I’m using it, it describes “the infinity of the sacred,” as a professor of mine once put it. It is beyond our understanding, so majestic as to inspire terror. In a 1757 treatise on aesthetics, Edmund Burke wrote, “Whatever is in any sort terrible, or is conversant about terrible objects, or operates in a manner analogous to terror, is a source of the sublime; that is, it is productive of the strongest emotion which the mind is capable of feeling.”
Terrifying though it may be, experiencing the sublime, seeing past the boundaries of what is known, is also thrilling and liberating. “If the doors of perception were cleansed,” wrote the prophetic poet and mystical artist William Blake, “every thing would appear to man as it is, Infinite.” Perhaps ghosts do exist after all. Maybe demons do possess people.
Sure, Halloween means parties and fun costumes and kids scoring bagsful of treats. But on a deeper level Halloween and scary movies and haunted houses are a reflection of our fearful fascination with the forbidden unknown, our yearning to be embraced by the sublime.
From Acculturated, 10/30/15
at 5:24:00 PM