Should We Eradicate Manhood? 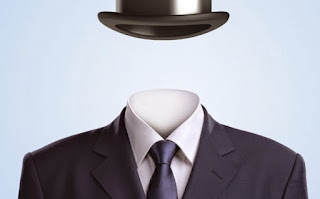 For all the ginned-up outrage in the news about a supposed “war on women,” there is a gender assault underway that elicits precious little media attention, much less outrage: a war on men – or more specifically, on masculinity itself.
The notion that manhood in a man’s world is threatened may seem laughable, but condemnations of it and calls for its elimination are plentiful in academic circles and the media, from where it filters out into the real world.
Recently, to focus on one example, The Guardian ran an op-ed by Zach Stafford called “It's time to do away with the concept of 'manhood' altogether.” Its premise is that “manhood isn’t IN crisis; it IS the crisis.” It begins from a very common presumption: that masculinity is the root of every evil from war to homophobia to manspreading, so it must be eradicated altogether.
“Men are pretty terrible people,” Stafford begins. They’re more violent than women. They commit more violent crimes, express anger more violently. They murder their transgendered lovers for fear of their masculinity being called into question, according to Stafford. They are behind an epidemic of campus rapes, but their violence is “polluting not just college campuses but the entire world.” Don’t even get him started about war. Men even “take up too much space on public transportation when ‘manspreading,’” Stafford concludes. “I could keep going.”
No need – his point is clear: men are a serious problem. Why is that? Stafford finds the source in men’s violent nature. He cites with approval sociologist Michael Kimmel’s argument that “Violence is often the single most evident marker of manhood. It is the willingness to fight, the desire to fight.” Stafford believes that masculinity is “primarily a rejection of everything feminine, the tool men use to measure and gauge their own self-worth to other men.” And “when they feel that their masculinity is in jeopardy, when they don’t feel man enough,” they turn to violence.
Stafford’s solution?
Instead of constantly putting manhood under perceived threat, we must rethink the concept entirely, and maybe – to be so daring – throw it out. Because we have centuries of war, of pillaging, of violence that show us that manhood was never in crisis, but always was central to this mayhem. So we may need to just rebuild everything with the whole concept of manhood excluded.
To suggest that all we need do is “just rebuild everything” without manhood is a utopian fantasy. Stafford doesn’t have a plan for carrying out this grand design. He doesn’t offer a single idea as to how to “rebuild everything” or how to eradicate manhood. He doesn’t even offer a vision of what a world without manhood would look like, except that presumably it would be a paradise that lacked the scourges of anger, violence, war, and manspreading.
First, manhood is not a “concept,” unless you believe that it is a purely societal construction with no biological basis. For those who do believe that, the answer seems simple: if it was socially constructed, it can simply be de-constructed. It’s just a matter of socializing boys to be more like girls (while we socialize girls to be more like boys). This process is already evident everywhere in our culture, but it is doomed to failure, though not without incurring a lot of irreparable damage first.
Second, Stafford never acknowledges that there might be any positive aspects of masculinity, much less that masculinity itself is good and that the bad behaviors he describes are perversions or failures of it. For him, it’s just, “Men do bad things and manhood is the cause, so manhood must go.” His article does not concede that most men are not “terrible people.” Most men never commit an act of violence beyond playing high school football, or going to war to defend the world against evil. Most men, like most women, are decent but flawed human beings who find the criminal behavior Stafford lists to be repulsive and immoral. Most men try to be good fathers and husbands and sons and brothers. You wouldn’t know any of this from reading the Guardian op-ed.
Third, it is true that violence is primarily (but not entirely) the domain of men. But it does not always stem from a wounded male ego, and like all utopians, Stafford doesn’t consider the possibility that violence itself is not necessarily bad. Righteous violence has saved innumerable lives. The key is not to pretend that we can ever achieve a violence-free world, but to channel violence into proper directions, to prepare men to employ it judiciously in defense of the good and the innocent.
The answer to the problematic behavior of men is not to eradicate manhood but to steer men toward their better nature. Foster a culture which doesn’t shun masculinity but celebrates the more honorable aspects of it. Raise boys to be not feminized men but strong, respectful, principled gentlemen. Unlike Zach Stafford’s utopianism, this is a solution that acknowledges human nature, that will bring our culture back into balance, and that is within our power to achieve.
From Acculturated, 11/16/15
at 1:46:00 AM