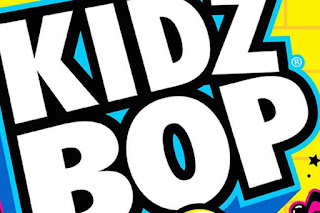 Billboard magazine just announced its first Greatest of All Time rankings, a collection of the bestselling songs, albums and artists in music history. Curiously, at number four of the Most Billboard 200 Top 10 Albums by Artist list – below the Rolling Stones, Barbra Streisand, and The Beatles, but ahead of Bob Dylan, Madonna, and Elton John – is Kidz Bop Kids, a group of, well, kids that has racked up 22 top 10 debuts since 2001. That is the fourth-highest rank of any artist in history. The group also holds the title for the most Top 10 debuts of any artist this century.
If you’re not the parent of a child under the age of 12, or under 12 yourself, you may be asking, who or what are the Kidz Bop Kids?
Kidz Bop is a brand of compilation albums – 30 thus far – featuring kids on the cusp of their teenage years performing kid-friendly versions of contemporary radio hits for a grade-school audience. Created in 2000 by a pair of record executives who realized the lucrative potential in providing music parents would approve for their children, Kidz Bop has snowballed into a pop force to be reckoned with, as its Billboard ranking attests. According to the brand’s website, for the last five consecutive years the Kidz Bop Kids have been the “#1 Kids’ Artist” in the U.S.
Kidz Bop achieves this not only by emphasizing bouncy, danceable fun, but by sanitizing the lyrics of popular music, which as any parent knows are rife today with sexually explicit and foul language inappropriate for anyone, much less children. Pop culture has become so sex-saturated that it’s a massive relief for concerned parents to find and feed their children the innocuous (albeit vacuous), clean-cut musical entertainment of Kidz Bop.
But in a Slate article titled “The Kidz Are All Right,” associate professor of communication Myles McNutt complains that the Kidz Bop music phenomenon is becoming “increasingly, oddly conservative,” by which he means the brand is not only cleaning up naughty lyrics but is also shying away from “addressing issues of identity and struggle in contemporary society.”
In 2011 Kidz Bop removed explicit references to issues of sexuality, race, and ethnicity from Lady Gaga’s “Born This Way.” While this may have pleased parents, McNutt complains that it is an example of Kidz Bop removing “any semblance of cultural meaning that disrupts the identity-free world” the company promises. He feels that
Kidz Bop is in a position to help introduce meaningful concerns regarding social and cultural identity to children, in a media space where these ideas could be raised productively, but doing so threatens their reputation as a safe space for even the most protective parents.
Call me conservative, but I don’t believe explicit song lyrics are an especially “productive” way to raise questions of social and cultural identity. I also don’t believe most kids younger than twelve – the Kidz Bop target audience – even need to be wrestling with what McNutt calls “issues of identity and struggle.” They need to be having fun and going to school (or better yet, being homeschooled) and allowing their childhood to develop naturally without having “meaningful concerns” introduced to them by pop stars who themselves are too young and immature to be charged with that responsibility.
McNutt and others like him who lament Kidz Bop “conservatism” seem to want to rush kids into some sort of social justice consciousness. There’s nothing wrong with a little innocence. I’m a father of three little girls, and I’m not looking forward to the time when they begin to lose their beautiful innocence. Of course, that’s an inevitable part of growing up, and one of my jobs as a parent is to guide them through that process in a way that allows them to adjust to that loss in an emotionally and intellectually healthy way – and that means doing so at an appropriate time in their lives, without having to compete along the way with the questionable messages in Beyoncé’s or Katy Perry’s lyrics.
Kidz Bop may have conquered the pre-teen pop world, but McNutt states confidently that “No matter how conservative the brand’s lyric changes become, contemporary music will always contain deeper, richer cultural meaning.” Of course it will, but this begs the questions: What deeper, richer cultural meaning is being imparted, and is it appropriate for children? Considering the decadent state of contemporary American culture, I’d say the answer to the second part of that question is no.
Music certainly can be an empowering, even life-changing refuge for children and teens struggling with new emotions and self-discovery. But kids deserve better than to be guided through that self-discovery by the likes of Lady Gaga, Nikki Minaj, and Miley Cyrus. I’m not a fan of Kidz Bop – there are many great songs out there that don’t require editing for profanity and that don’t steer kids toward a premature obsession with identity politics. But for a few years before teenage angst kicks in, let kids be kids, and let them bop.
From Acculturated, 11/20/15
at 11:41:00 PM