The Humanities and the Counterculture 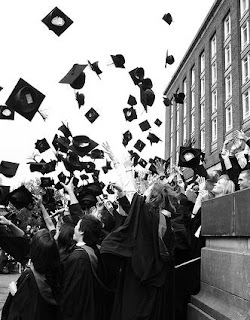 In his commencement address recently at Brandeis University, New Republic literary editor Leon Wieseltier posed a critical two-part question to graduates about to embark in a brave new world. “Has there ever been a moment in American life,” he asked, “when the humanities were cherished less, and has there ever been a moment in American life when the humanities were needed more?”
Good question. As for its first part, humanities departments and liberal arts colleges across America face a serious challenge in an unforgiving job market. Among recent English major graduates, the unemployment rate is 9.8%; for philosophy, history, and religious studies majors, 9.5. By contrast, recent chemistry graduates face a mere 5.8% unemployment rate, and elementary education graduates are at 5%. In 2010, just 7% of college graduates nationally majored in the humanities, down from 14% in 1966.
A report released recently stated that Harvard humanities majors have fallen from 36% in 1954 to 20% in 2012, accelerating in the last decade. The report’s conclusion is that Harvard’s humanities division is attracting fewer undergraduates because it is training them to be academics rather than preparing them to succeed in “the real world.” Shannon Lytle, a sophomore at Harvard, considered majoring in history but selected computer science instead. “People say you should do what you love,” he said. “But... I don't want to be doing what I love and be homeless.”
In his hilarious faux commencement address, “A Message for the Class of 2013,” The Simpsons writer Rob LaZebnick poked fun at humanities students who end up with unmarketable skills: “You’ve spent four years percolating in a warm stew of beer, gender studies and online pornography—which led to the subject of your senior thesis, ‘Jacobean Dramatic Tropes in Modern “Massage Surprise” Videos.’” But now, “You're headed into the most challenging labor market of the last 80 years.”
But are the humanities really so useless? Answering part two of his own question, Wieseltier offered at Brandeis a rousing defense of the humanities:
We live in a society inebriated by technology, and happily, even giddily governed by the values of utility, speed, efficiency, and convenience. The technological mentality that has become the American worldview instructs us to prefer practical questions to questions of meaning – to ask of things not if they are true or false, or good or evil, but how they work...
The machines to which we have become enslaved… represent the greatest assault on human attention ever devised: they are engines of mental and spiritual dispersal, which make us wider only by making us less deep.
It’s difficult to deny this when you look around at an entire generation or two immersed 24/7 in iPhones and Androids, frenetically bouncing from Facebook to Twitter to Tumblr to YouTube and back again. Wieseltier’s response? “There is no greater bulwark against the twittering acceleration of American consciousness than the encounter with a work of art, and the experience of a text or an image,” he told the Brandeis audience. “You are… the saving remnants of that encounter and that experience.”

In this age of relentless technological distraction, Wieseltier regards a commitment to the humanities “as nothing less than an act of intellectual defiance, of cultural dissidence.” “You are the counterculture,” he counseled the graduates, “you who have elected to devote yourselves to the study of literature and languages and art and music and philosophy and religion and history.”
“In the digital universe,” he continued, “knowledge is reduced to the status of information… There is no task more urgent in American intellectual life at this hour than to offer some resistance to the twin imperialisms of science and technology.” Numbers, he tells them, “will never be the springs of wisdom.”
Choosing a major is a decision of no small consequence, and as the Harvard report suggests, humanities departments must do more to convince students that the degrees they offer have practical value beyond the ivory towers of academe. For students like Harvard’s Shannon Lytle, torn between passion and job security, the most meaningful choice may be, as the late mythologist Joseph Campbell urged, to “follow your bliss.” In any case, Leon Wieseltier presents a final thought for those future graduates to consider: “In upholding the humanities, you uphold the honor of a civilization that was founded upon the quest for the true and the good and the beautiful… Act as if you are indispensable to your society, because – whether it knows it or not – you are.”
(This article originally appeared here on Acculturated, 6/24/13)
at 10:44:00 AM